German chancellor Angela Merkel says that letting in legal migrants from a UN program helps head off illegal migration. Her remarks were made before a meeting with UN High Commissioner on Refugees Filippo Grandi. 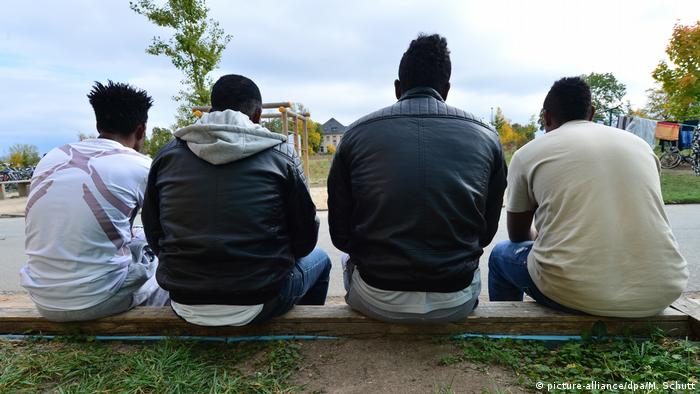 Angela Merkel's statement on Monday came against the backdrop of Germany's accepting 10,000 asylum seekers the United Nations refugee agency (UNHCR) has deemed particularly in need of protection. The chancellor characterized this as an attempt to open up legal avenues to Germany for refugees — to prevent practices such as human trafficking.

"Our goal is to prevent illegal migration and to replace it with legal migration," Merkel told reporters as she welcomed UN High Commissioner on Refugees Filippo Grandi to Berlin for consultations.

Migration is a divisive issue in German politics as a whole and within Angela Merkel's parliamentary party. Many of her conservative colleagues insist that the country enforce a hard cap of 220,000 people allowed to enter the country annually. The UN refugees will count toward that number.

"Under the ongoing resettlement program, Germany will accept 10,000 people chosen by the UNHCR," Merkel reiterated. "That is the way we prefer to go. That's also why we signed a treaty with Turkey in order to either help refugees on the ground or give them a legal path to Germany."

In 2016, the EU concluded a deal with the Turkish government. In return for allowing EU member states to bring Syrians whose applications for asylum were rejected back to Turkey, Ankara got financial support and the bloc agreed to accept people who did qualify for asylum directly from Turkey. 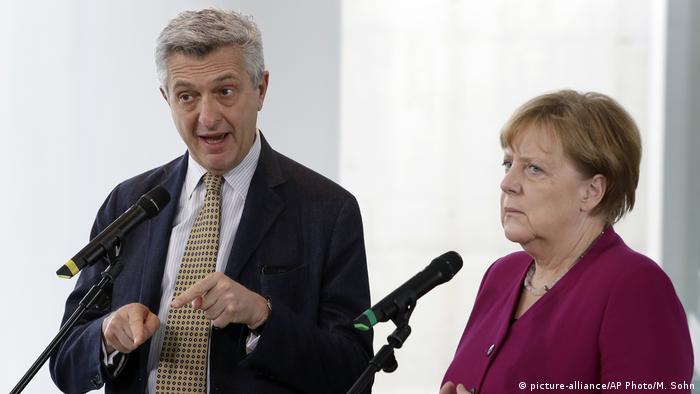 Grandi had complementary words for Germany and Merkel

For his part Grandi was effusive in his praise of Germany's willingness to help ease the many refugee situations around the world.

"We are witnessing the largest number of crises producing refugees for decades," Grandi said, naming Myanmar, Bangladesh, Syria, a series of African countries and Venezuela.

Germany, he added, was the second-largest donor to the UNHCR after the United States and had tripled its support in the past three or four years. He said Germany had created "legal avenues for the most vulnerable to be given better conditions" and could serve as an international role model.

"These 10,000 places are a very important gesture, and I hope this will be followed by other countries in and beyond Europe," Grandi told reporters.