The Italian coast guard and rescue agencies said that they had found dozens of bodies in the water, "mostly toddlers." The Libyan coast guard has been criticized recently for its treatment of the would-be migrants. 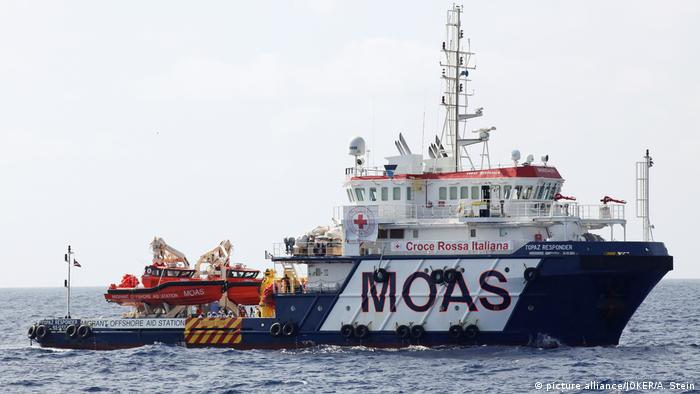 Dozens of refugees, most of them small children, drowned in the Mediterranean on Wednesday in the latest tragedy to befall migrants escaping famine and conflict in Africa and the Middle East.

Rescue group MOAS announced it had found the bodies while the Italian coast guard said that it had been forced to call in reinforcements in recent days as some 1,700 people had been packed in 15 small boats.

MOAS founder Chris Catrambone showed an update on the situation on Twitter:

Some 50,000 migrants have been rescued at sea en route to Italy this so far this year, a 46 percent increase over the same period in 2016. In that time, some 1,300 have lost their lives during the perilous crossing.

Trouble for migrants in Libya

Despite huge efforts on the part of the Italian government, European Union, and internationally-recognized authorities in Libya - the conflict in the latter means that human smugglers are usually able to operate with complete freedom.

Libya's own strategy has taken a more violent turn as of late. The German NGO Jugend Rettet said on Tuesday that it had rescued some migrants whose boat had been fired upon by the Libyan coast guard, ostensibly in an effort to hit the human traffickers running the vessel. When Libyan authorities find refugee boats and tow them back to their own shores, they reportedly bring the would-be migrants straight to detention centers renowned for human rights abuses.

A quarter of the amount went to asylum seekers who were still waiting to be processed, while over half went to combatting the causes of forced migration. More than a million migrants have entered Germany since 2015. (24.05.2017)

Researchers warn that child refugees in Greece are selling their bodies to fund their journeys to the heart of Europe. But as Anthee Carassava reports, few are prepared to abandon the dream of reaching their destination. (21.04.2017)