Angela Merkel has acknowledged European Union financing challenges for the remaining 27 member states after 2019. The chancellor later discussed the problem with the leaders of Luxembourg and the Netherlands. 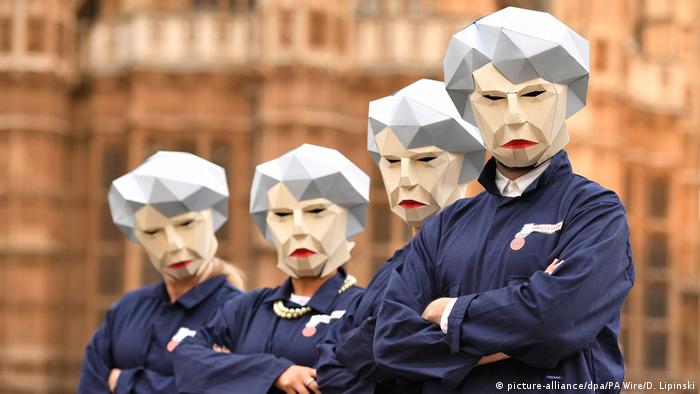 Brexit is set to cause a "very challenging" shortfall in the EU's budget, German Chancellor Angela Merkel said on Monday ahead of meetings with the prime ministers of Luxembourg and the Netherlands in Berlin.

Britain's departure from the bloc will leave an estimated €12 billion ($15 billion) annual shortfall in the 2021-2027 EU budget. Merkel's admission comes a week after the EU's budget commissioner, Günther Oettinger, said he expected Germany to pay at least €3 billion more annually to the bloc.

Bridging the budget after Brexit:

German finance minister weighs in: In Brussels, acting German Finance Minister Peter Altmeier said after a meeting with EU finance ministers on Monday he could not say whether Germany would pay more into EU coffers. That, he said, would only be possible after a new government had been formed in Berlin.

Read more: EU budget: Be nice or you won't get your allowance!

Germany open to paying: Merkel's conservatives and the Social Democrats (SPD) have said they are willing to increase Germany's contribution in a recently agreed coalition agreement. But party leaders are yet to name a figure. SPD members are currently voting on whether to accept the coalition agreement.

What happens next: EU leaders are set discuss the bloc's future finances at a summit in Brussels on Friday. The Netherlands is reportedly not the only EU member that opposes paying more. Officials from Sweden, Austria, Finland and Denmark have reportedly also said they will not foot a higher annual bill.