EU budget: Be nice or you won't get your allowance!

The Brexit has drastically altered the EU budget. Now contributions and benefits must be readjusted. That could affect a few ornery East Europeans, Bernd Riegert reports from Brussels. 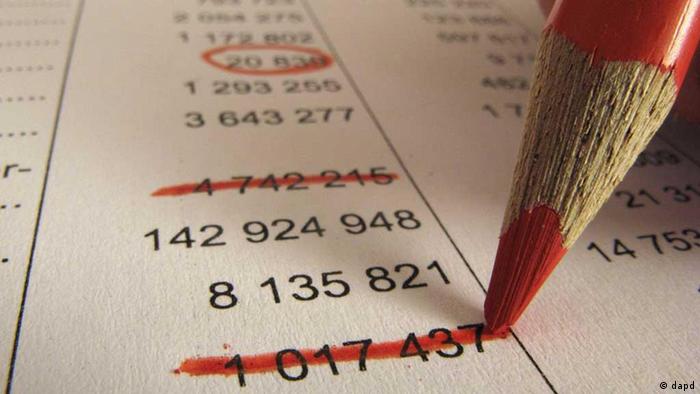 From 2021 onward, Great Britain's withdrawal from the European Union, commonly known as the Brexit, will leave a 10 to 11 billion euro ($11.4 to $12.6 billion) hole in the EU's annual budget. That is according to EU budget commissioner Günther Oettinger's recent estimate. "We will have to fill the hole with a mix of better use of funds, savings and higher contributions from member states," he said on Wednesday in Brussels. He was presenting a so-called "reflection paper" on the long-term future of the EU budget. This year's EU budget is worth 158 billion euros.

When the British leave, the EU will lose about 17 percent of its net income. That means that today's net contributors, among them Germany, will have to give even more in the future. Cuts in funding for structural resources, investment and agriculture would seriously affect today's net beneficiaries, such as Poland, the Czech Republic, Romania, Greece, Hungary, Spain and others. "It is clear that the interests of member states are not identical in this regard, but we must make unanimous decisions," said budget commissioner Oettinger. "A smart compromise must be found. We have to maintain balance." 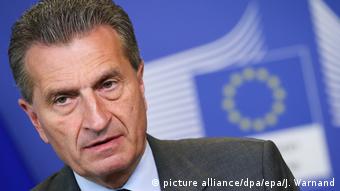 Who is going to pay more?

Negotiations for a multi-annual financial framework after 2020 will be difficult and tedious; EU diplomats in Brussels are sure of that. "I can hear it already," said one laughing diplomat, who asked not to be named. Indeed, all member states must agree to any deal that is made. The discussion is underway in Germany, too, as its parliamentary election campaign starts to heat up. German Foreign Minister Sigmar Gabriel of the Social Democrats (SPD) said months ago that Germany must be prepared to pay more for Europe. the Christian Democratic (CDU) finance minister, Wolfgang Schäuble, has been considerably more reserved. Sources close to him say it makes no sense to announce that one is willing to pay more before negotiations have even started.

Things will become doubly difficult for countries like Poland or Hungary. They profit enormously from the EU's common budget, yet they remain at loggerheads with the European Commission. There has been talk of cutting payments to both countries due to what the Commission perceives as a lack of adherence to the rule of law. In late May, German economics minister Brigitte Zypries (SPD) proposed cutting structural aid to truculent Poland and Hungary as a means of bringing them to their senses. European Commission President Jean-Claude Juncker promptly issued a public dismissal of the concept, but as EU budget commissioner Oettinger said today: "The proposal is nevertheless out there."

The possibility of tying payments to adherence to the "rule of law" was also openly expressed in the Commission's budget reflection paper. "We haven't made up our minds, but it is part of the discussion," said a non-committal Oettinger in Brussels. His colleague Corina Cretu, the EU's commissioner for regional policy, was clearer. She pointed out that no connections between payments and policy obligations – such as those dealing with refugees – are contained in the current budget, which extends to 2020, but she added that this could soon change. Cretu warned "solidarity is a two-way street." She speculated that it was certainly conceivable that less money could be given to states that did not want to take in refugees relocated from Italy or Greece.

Once again, when it comes to refugee policy, EU beneficiaries Poland, Hungary and Slovakia would be directly affected, due to their continued refusal to take in refugees. The European Commission has already begun breach of contract proceedings on this issue against these and other countries. Greens party European parliamentarian, Reinhard Bütikofer, is against making payments contingent upon EU policy adherence. "It would be dangerous for the European Commission to attempt to push its own policies within the EU by using the budget as a lever. 'Conditionality' would more likely split the Union than unite it," said Bütikofer in Brussels. He added that the EU must find another way to resolve refugee policy conflicts. 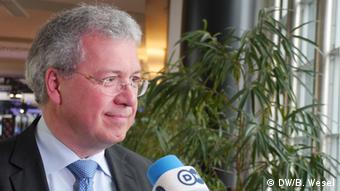 Pinning hopes on the frugal housewife

European parliamentarian Markus Ferber (CSU) has called for EU budget commissioner Oettinger to ensure the EU deals with its money more efficiently. "The European Union should take a more frugal approach. We don't need more money, we need clear priorities." Moreover, said Ferber, cash-flow must be cut off to those who refuse to uphold European agreements.

Now, even heads of state and government are squabbling over cash. At a summit last week, France's new president, Emmanuel Macron, accused East European countries of treating the EU like a "supermarket." Hungarian Prime Minister Viktor Orban countered that Macron's harsh words were a result of his youth. Orban called for mutual respect and pragmatic cooperation.