Angela Merkel has voiced support for some major aspects of CDU leader Annegret Kramp-Karrenbauer's EU vision. The proposals include a joint European aircraft carrier and a permanent EU seat on the Security Council. 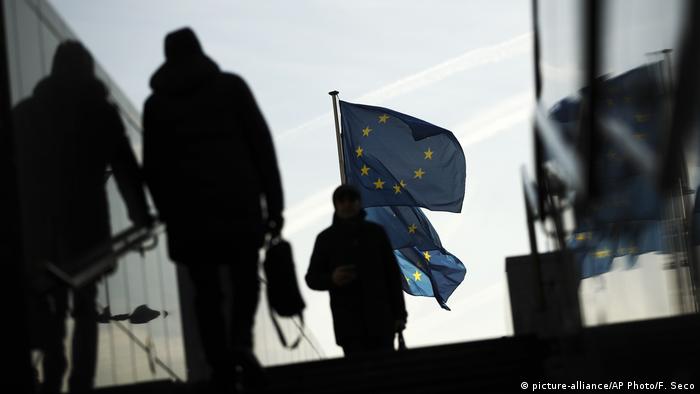 German Chancellor Angela Merkel on Monday endorsed some of the key European reform ideas put forward by her successor to the Christian Democratic Union leadership Annegret Kramp-Karrenbauer, including a joint EU aircraft carrier.

Kramp-Karrenbauer, who succeeded Merkel as leader of the CDU in December, etched out her vision in a weekend response to French President Emmanuel Macron's proposals for European Union reform.

Her essay included a call for a stronger EU border force, a pan-European climate pact and a common market for banking.

In her essay, Kramp-Karrenbauer had noted that Germany and France were already working together on a future European combat aircraft and said that "the next step could be to start on the symbolic project of building a common European aircraft carrier" to underline the EU's global security role.

Merkel, who has previously spoken in favor of greater European defence cooperation, said that a joint aircraft carrier would be a good idea in the future, but added that the bloc does "have to do other things as a priority."

"It's right and good that we have such equipment on the European side, and I'm happy to work on it," Merkel said.

A single European seat at the Security Council

Merkel also backed Kramp-Karrenbauer's thoughts on a single European seat in the UN Security Council, saying it was "a very good concept for the future" and would help "to gather the European voices."

Germany has for years campaigned for a permanent seat on the UN Security Council alongside World War II victor nations the United States, Russia, China, Britain and France.

"The fact that France is skeptical about a European seat at the UN is well-known," Merkel said.

Some divergence from Macron

Kramp-Karrenbauer also made some proposals that diverged from Macron's vision, suggesting that the European Parliament should only sit in Brussels and remove its second seat in the northeastern French city of Strasbourg.

She also disagreed with Macron's idea for Europe-wide coordination on minimum salaries, arguing that the "Europeanization of social services and the minimum wage would be the wrong way."

Merkel's spokesman Steffen Seibert stressed at a news conference Monday that Kramp-Karrenbauer's plans for Europe "harmonize with the thoughts of the chancellor."

From AKK to Ziemiak: 10 German political names to know in 2019

DW looks at who are likely to be the biggest movers and shakers in German politics in 2019. And what better place to begin than with the new head of the conservative CDU party? (01.01.2019)