And the Emmy goes to ... streaming giants

HBO, Netflix and Apple TV lead the Emmy nominee pack as streaming services offer an escape for people stuck at home during the COVID-19 pandemic. 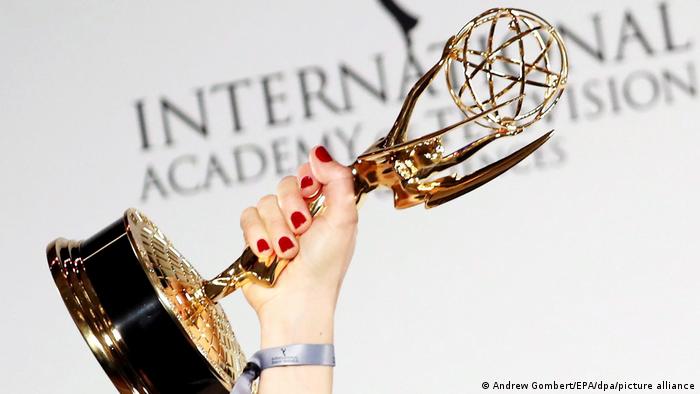 Streaming giants seem set to rule at the Emmys this September

From a riveting royal drama to high-stakes turf wars in space, the nominees for this year's Emmy Awards — to take place in September this year — feature a mixed bag of newcomers and feel-good TV shows.

In terms of shows, Netflix's The Crown and Disney+'s The Mandalorian are leading the pack, tied at 24 nominations apiece.

Reflecting the sign of the times with stuck-at-home viewers increasingly turning to streaming services during the coronavirus pandemic, HBO and its new HBO Max streaming platform led all networks with 130 nominations. Following on its heels was Netflix Inc with 129 nominations, while Apple TV+'s streaming service bagged 35, mostly for the comedy Ted Lasso. 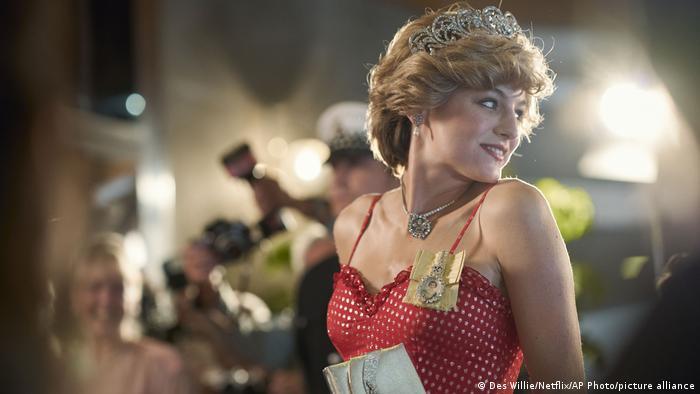 Newcomer Emma Corrin, who plays Princess Diana in Season 4 of 'The Crown,' is in the running for best actress

With its fourth season focusing on the early years of the troubled marriage of Prince Charles and Princess Diana, The Crown not only earned a nod for best drama series. Josh O'Connor and Emma Corrin received best actor nods for playing the not-so-blissful royal newlyweds, while Olivia Colman was also nominated for her role as a middle-aged Queen Elizabeth.

"We are all pinching ourselves that after four [seasons], 'The Crown' is still being embraced and enjoyed in this way," series creator Peter Morgan said in a statement.

Meanwhile the Disney+ Star Wars spinoff drama The Mandalorian, which features the Baby Yoda character, was nominated for best drama series, writing, and special effects, among others. 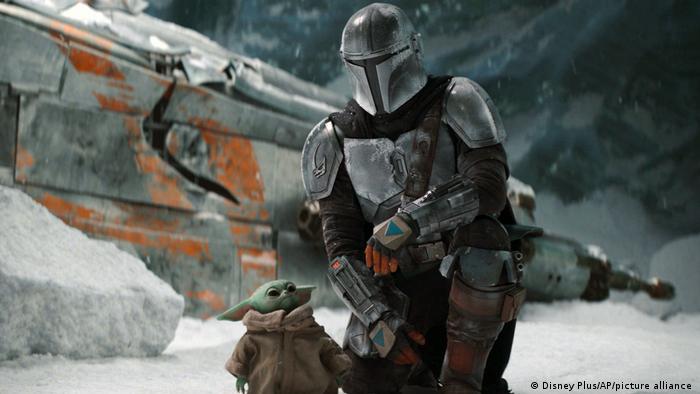 'The Mandalorian,' which features the beloved Baby Yoda (left), got 24 nods in total

"It's incredible how much content there is. All these shows that are coming through streamers are shaking up the Emmys race like never before," said Marc Malkin, editor of Variety magazine, in an interview.

In fact, 75% of the nominees in the comedy category were new to the field. The story about an American coaching an underdog English soccer team, Ted Lasso, led this field with 20 nods, including one for its star and co-writer Jason Sudeikis, who also won a Golden Globe in 2021 for his role.

But while the pandemic drove viewers to consume the diverse offerings of streaming services, it also halted production for some previous winners, such as Succession and The Marvelous Mrs. Maisel both of which will have to sit it out this year.

Diversity also gets a nod

The nominees for best actor,  announced on Tuesday, also reflect the push for greater race and gender diversity when casting leads in TV series.

Mj Rodriguez became the first transgender performer to pick up a lead acting Emmy nomination for her role in the LGBTQ drama series, Pose. Her co-star Billy Porter got a nod too.

"I do believe this is a pivotal moment," Rodriguez told Variety. "I feel like that pushes the needle forward so much for now the door to be knocked down for so many people — whether they be male or transfemale, gender-nonconforming, LGBTQIA+, it does not matter." 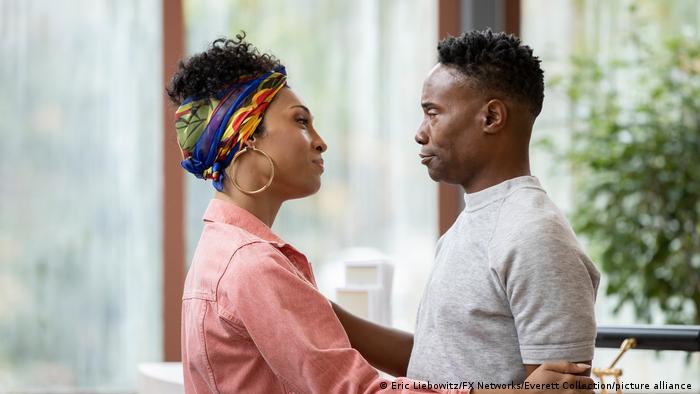 Mj Rodriguez (left) is the first transgender actor to get an Emmy nod. Her co-star Billy Porter (right) got one too

Other actors of color who earned nominations include Rosie Perez for The Flight Attendant, Sterling K. Brown for This is Us, and Uzo Aduba for In Treatment.

Speaking of his 19th-century British romp with a modern twist, creator Chris Van Dusen said: "At the end of the day, 'Bridgerton' is a beautiful, escapist world that you get to enter in. It's a show about romance and love and joy." 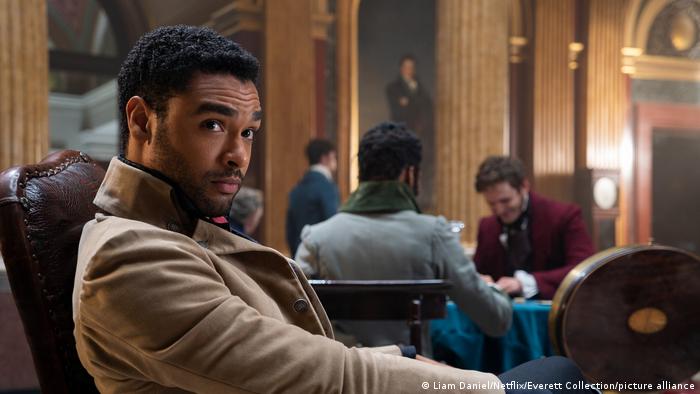 Revolving around the lives of Marvel characters Wanda Maximoff (Olsen) and Vision (Bettany), the love story minus a happy ending was created by Jac Schaeffer — who called it a love letter to television during the lockdown.

"I think people had spent the previous year retreating into their content because we were all trapped at home and we were all afraid and angry and grieving, and the sort of balm to those wounds was oftentimes TV," she was quoted as saying.

A documentary on Britney Spears, and Oprah Winfrey's eyebrow-raising interview in March with Prince Harry and his wife Meghan Markle also earned nominations.

The Emmy Awards will be held in Los Angeles on September 19 and will be hosted by actor Cedric the Entertainer.

From "The Crown" to "The Trial of the Chicago 7," the streaming giant received 42 nominations, while Sacha Baron Cohen and Frances McDormand got expected best performance nods.