What came first, the bread or the beer? Archaeologists who found a 13,000-year-old alcohol-production site may have an answer. But the ancient brew made there bears little resemblance to today's tall cold ones. 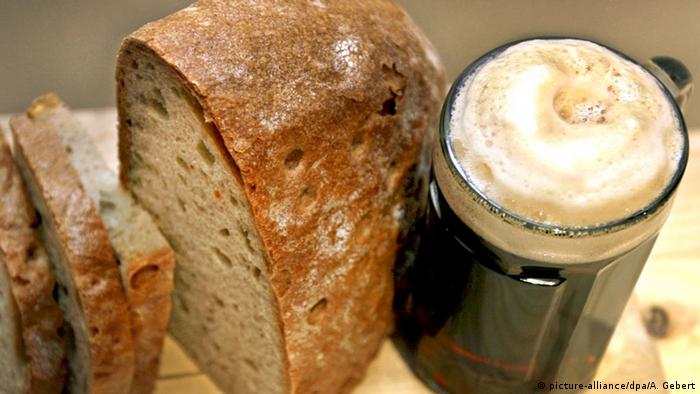 An international team of archaeologists from the universities of Haifa and Stanford claimed they have found what is believed to be the world's oldest site for producing beer. The team was researching the Raqefet Cave near Haifa, in what is today Israel, when they came across three stone mortars for storing, crushing and fermenting grain. Their findings were published in the Journal of Archaeological Science: Reports.

Analyses of the mortars suggested that the brew was developed by nomadic Natufian hunter-gatherers in rituals used to honor their dead, who were buried on beds of flowers nearby in the cave. The scientists say the discovery is important in that it, "indicates that making alcohol was not necessarily a result of agricultural surplus production, but it was developed for ritual purposes and spiritual needs, at least to some extent, prior to agriculture," according to Professor Li Liu of Stanford.

The archaeologists were searching for clues as to the diet of the Natufian people — who were active in the eastern Mediterranean between 15,000 and 11,500 years ago before settling down — when they discovered plant residue in the mortars. Upon analysis, it became clear that the residue was from fermented grain. The team says wheat or barley starch was likely germinated in water, drained, mashed, heated and ultimately fermented with airborne wild yeast.

The proof is in the brew

In order to prove their theory as to the content of the mortars, the scientists set about to test the proposition empirically by recreating the brew. They say that what they created was less like what we would think of as beer today and was more akin to porridge. The drink, they say, also contained less alcohol than today's beverage. The scientists also say that residue created in their experiment strongly resembled their findings in the cave.

The paper also noted that the earliest known bread remains were recently discovered at a Natufian site in eastern Jordan. Liu says these could be anywhere from 11,600 to 14,600 years old, whereas the beer could be between 11,700 and 13,700 years old.

Professor Dani Nadel of the University of Haifa stressed the importance of investigating Natufian culture because they were, "the last [people] in the region who lived in a different way than the villages we're familiar with." The authors also stressed the significance of the find as it suggests, "the emotional ties the hunter-gatherers had with their ancestors."

What is the German Beer Purity Law?

What is the German Beer Purity Law?