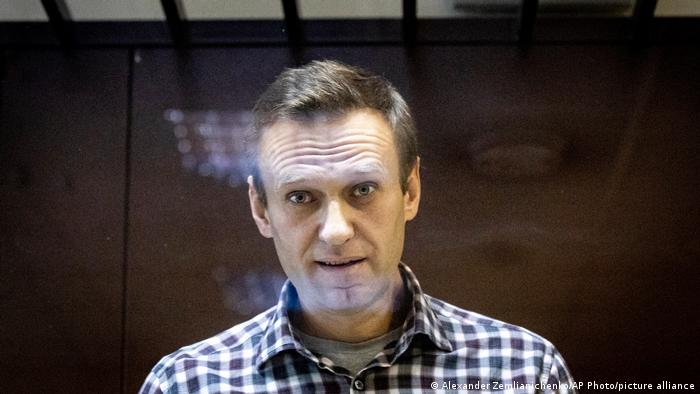 Amnesty International said on Wednesday that it no longer recognizes jailed Russian opposition leader Alexei Navalny as a "prisoner of conscience."

The global rights watchdog cited the politician's past "advocacy of hatred" as the reason behind its decision. It, however, did not mention any specific remarks made by him in the past.

At the start of his political career a decade ago, Navalny drew criticism for his anti-immigrant statements.

"Some of these comments, which Navalny has not publicly denounced, reach the threshold of advocacy of hatred, and this is at odds with Amnesty's definition of a prisoner of conscience," the London-based NGO said.

Over the past few years, Navalny has emerged as Russia's leading critic of President Vladimir Putin by publishing investigations into corruption and leading street protests.

Navalny was arrested by Russian authorities last month following his return from Germany, where he underwent treatment to recover from a poisoning attack.

He was sentenced to nearly three-year in prison for violating parole terms. Navalny said they were trumped-up charges.

Amnesty said it would continue to demand the 44-year-old opposition politician's release.

"Navalny has not, to the best of our knowledge, made similar pronouncements in recent years and this decision does not change our resolve to fight for his immediate release," Amnesty said.

Navalny's team responded to Amnesty's decision by accusing the group of having caved to a pressure campaign waged by a columnist associated with Russian state media.

Navalny's right-hand man Leonid Volkov wrote on Twitter that Amnesty, with the decision, had announced it "was fed crap" and "liked it," while key aide Ivan Zhdanov tweeted that the decision was "extremely shameful."

Police detained more than 11,000 people at nationwide protests this year in support of Navalny, according to OVD-Info, a protest monitoring group.

Navalny's allies — most of whom are now abroad or under house arrest — have declared a moratorium on street protests until the spring.

Navalny's detention has also strained ties further between Moscow and the West.

Russia has ignored a demand by the European Court of Human Rights to release Navalny.

EU foreign ministers this week agreed to impose sanctions on four senior Russian officials close to Putin over the jailing.

The bloc is expected to formally approve the sanctions in early March.