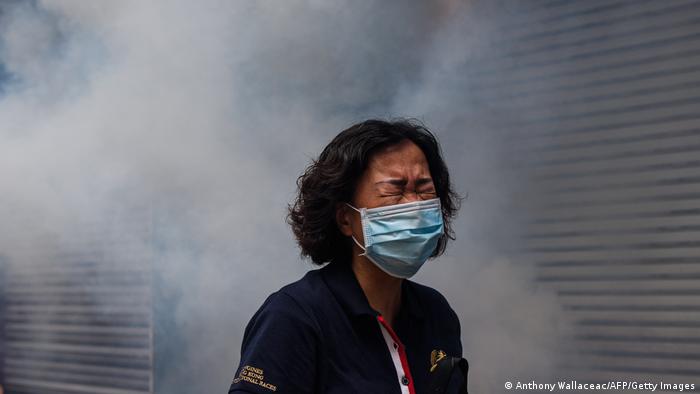 It has created a "human rights emergency" in the city, it said.

"In one year, the National Security Law has put Hong Kong on a rapid path to becoming a police state and created a human rights emergency for the people living there," Amnesty's Asia-Pacific Regional Director Yamini Mishra said.

What is the national security law?

China introduced the controversial national security law a year ago to crack down on what it deems subversion, secessionism, terrorism and collusion with foreign forces with up to life in prison.

Beijing insisted the measure was needed to restore stability in Hong Kong, which witnessed huge and sometimes violent pro-democracy protests in 2019.

But rights activists and critics of the Chinese government view it as a means for Beijing to impose its will on Hong Kong and crush dissent.

What has its impact been so far?

The law has had a sharp effect on civil liberties in Hong Kong, compromising free speech, the rule of law and the right to protest, among other things.

Since it came into force, authorities have arrested many high-profile democratic politicians and activists and charged them under the law. They include prominent media tycoon Jimmy Lai.

Most of those charged under the law have been denied bail.

The government has said all arrests have been lawful and no one was above the law.

Fearing arrests, many activists have fled the territory.

"From politics to culture, education to media, the law has infected every part of Hong Kong society and fomented a climate of fear that forces residents to think twice about what they say, what they tweet and how they live their lives," Amnesty said in the report.