The vet who rescues animals from war zones | Environment | All topics from climate change to conservation | DW | 24.02.2020

The vet who rescues animals from war zones

What happens to zoo animals caught in the crossfire of violent conflict? A veterinarian who works in war zones around the world tells DW about some of his most difficult missions.

Living Planet: The vet who rescues animals in war zones

When towns and cities are torn apart by war, one of the last things people think about are animals caged in zoos. In many cases, they become trapped inside a conflict. From Mosul to Aleppo and Kosovo to Cairo, Amir Khalil is a veterinarian with animal welfare organization Four Paws International and an expert for animal rescue operations in war and conflict zones. He has spent 25 years trying to save animals in such situations.

DW: What would you say was your most difficult mission?

Amir Khalil: Each mission is difficult for me, and I've faced a lot of life-threatening situations. In Kosovo, I saw people being killed in front of my eyes. I've had a pistol pointed at my head, so you realize you have a lot to learn — not only to have the emotion and the will, but also the training. We're not cowboys going into a war or conflict zone. Safety for the team comes first, second, and third. And training is very important. We aren't a military team, but we have to work very professionally to secure every step, to be very well prepared and we also have to have exit scenarios. Bringing the team in and out is the first priority. The second, of course, is getting the animals out safely.

During our Aleppo mission, the place was hit twice by airstrikes. Out of 600 animals, we were only able to rescue 13. Of the 84 animals at Mosul zoo, where "Islamic State" was based, we only succeeded in rescuing the last surviving two animals, a lion and a bear. 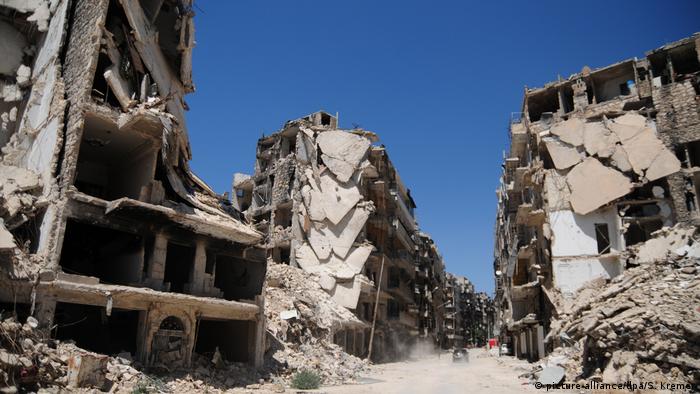 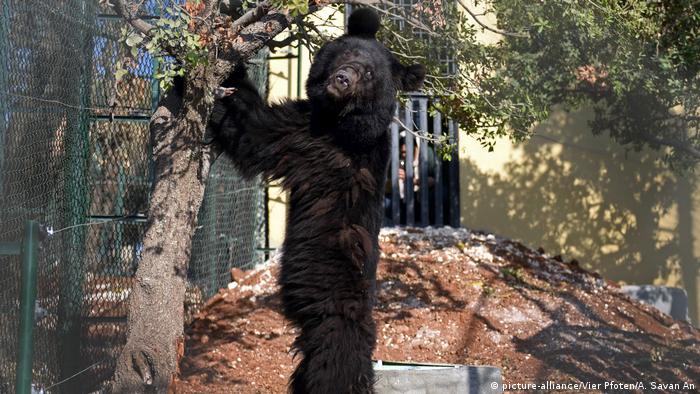 This bear was rescued from a war zone, but many animals are not that lucky

How many animals have you rescued over the years?

It's not just me. I just do a small part of the job, but I think my team is great and they've joined me for many years. We've rescued thousands of animals all over the world in different types of missions — from hurricanes, floods, earthquakes, fires, and war zones.

In Egypt, during the revolution, everyone was busy in Cairo's Tahrir Square. A lot of people forgot there were over 40,000 families living in the pyramid area who depend on tourism, and they work with horses and camels. In the first week, over 250 of their animals died from hunger. Four Paws International was able to supply food and medicine to 3,000 animals for three months. And we continued to provide support after that.

All the animals I've rescued with the team at Four Paws are traumatized. For example, in the 2014 war in Gaza, you can imagine if there is a cage with three lions, and a missile falls, and the lions see their partner or mate explode. Then there's shooting, helicopters flying above, and animals don't understand what's going on. Sometimes there are phosphorus bombs, so the animals die from chemicals that burn them.

An animal in a war may not have had food for three weeks, four weeks, 50 days. And in Mosul, the animals began to eat each other. So the female ate the male lion, and she was hungry again but didn't eat her son. She just died. And the son was the lion Simba, who we rescued.

When we take animals we dart them, they sleep, and we fly them to a sanctuary — a huge place of over 10,000 square meters, which lions need. And to have this type of bush and trees, and to be able to touch grass for the first time in their lives, I think these animals feel they are in paradise, but they still have trauma. Animals need a lot of time, sometimes one or two years before they understand they're in a peaceful place. With time and peace, and care from a qualified team, the animals' condition physically and mentally improves a lot.

But sometimes, when a helicopter passes overhead, even if they're in a sanctuary, the animals get nervous and think they're back in a war, and they run and hide. 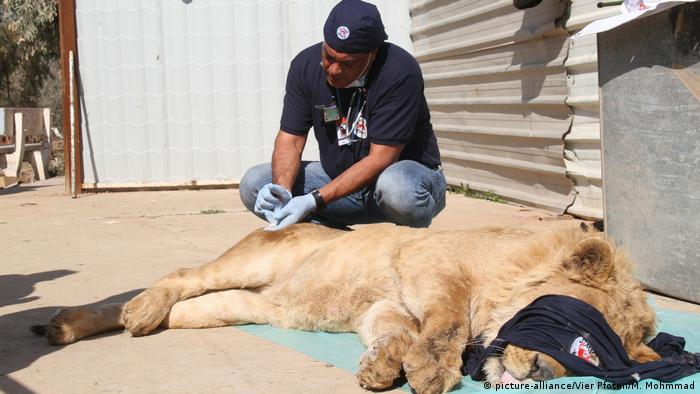 Simba the lion was one of the lucky animals safely extracted from Mosul's zoo, which Islamic State militants had been using as a base 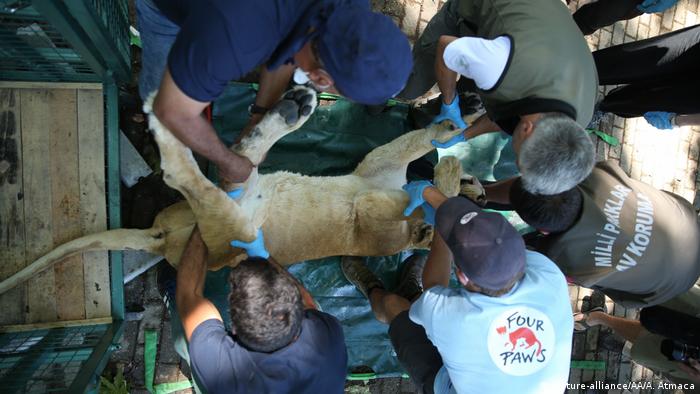 And once you've rescued the animals, what sort of veterinary care do they usually need?

Sometimes the animals are in a very weak condition. For example in Mosul or Aleppo, you can imagine that these animals haven't eaten for one month, so they are very emaciated, sick and weak. So first I have to make a plan to improve their health so that they can go ahead with a long or dangerous transfer. In some places, like Mosul or Gaza, I first had to do an operation to take shrapnel from missiles out of the animal's body. So there is sometimes a medical need to treat the wounds.

The second step is to improve their health with proper feeding, and it's not easy to bring food into a war zone. In Mosul, we had to transport food every day for 27 kilometers (16 miles) on a very dangerous road.

Where have you been working most recently? What's your most recent mission?

I was in Lebanon, where there have been a lot of demonstrations in the last few months. I was in some private zoos in Lebanon's south where the animals are suffering, so we're supporting them with food and medicine preparation and we hope in the near future we can move these animals to a safe place. In the end there is no food for the animals, no funding, and no medicine. Sure, humans are suffering due to the political or economic situation but animals are also suffering. And currently a Four Paws is active in Australia with the bushfires, trying to find the best way to support the animals there.

This interview was conducted by Sam Baker and has been edited for length and clarity.

Living Planet: The vet who rescues animals in war zones