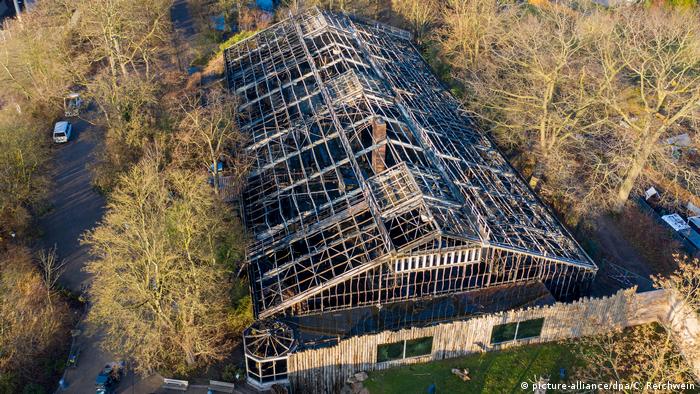 Demolition of the monkey house devastated in a New Year's Eve fire at the Krefeld zoo in North Rhine-Westphalia was to get underway on Monday, as German media revealed there were more animal casualties than previously reported.

Police say the fire was caused by airborne lanterns released by three women celebrating the new year. The lanterns, which are illegal in Germany, landed on the monkey house, subsequently lighting it on fire.

Among the victims were eight chimpanzees as well as orangutans, gorillas, marmosets, and a variety of other monkeys. Many tropical birds were also killed.

Two chimpanzees managed to survive the fire. The zoo has said the animals are recovering.

The demolition of the devastated ape house will begin with the removal of the damaged roof, the city said in its report, which was presented on 6 February. The job, which requires the use of several cranes, will be "a particular challenge, which will eventually require relocating the grey kangaroos in the neighboring exhibit."