A zoo in the German city of Krefeld said "our worst fears have become reality" after a fire destroyed a primate sanctuary. Police said a drifting New Year sky lantern was to blame for the tragedy. 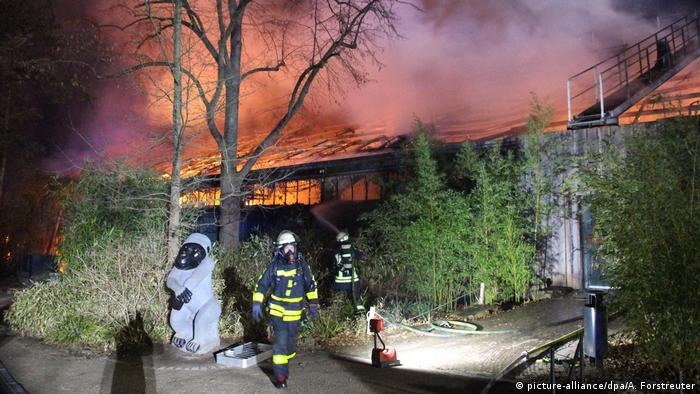 A fire overnight destroyed Krefeld Zoo's Great Ape House, killing most of the primates inside, the zoo said in a statement on Facebook.

More than 30 animals were killed, including orang-utans, chimpanzees, gorillas and marmosets. A nearby gorilla garden was undamaged.

Police said that, after a press conference appealing for information, several people had made statements to them about how the fire might have started.

Officials have yet to confirm whether or not any individual is to be charged. 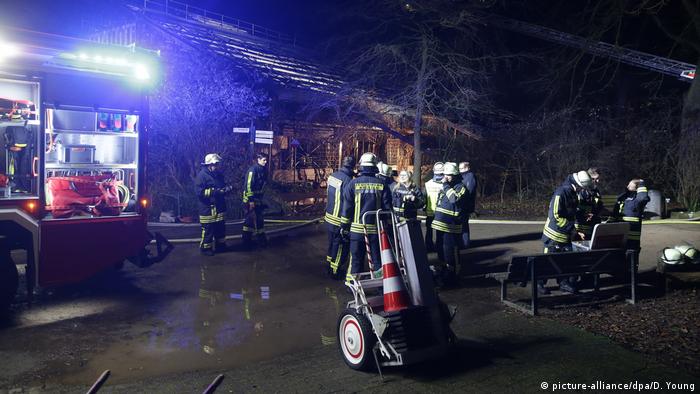 The zoo said it was thankful for "numerous offers of help" but that it wasn't clear yet where assistance was most needed.

"We are still in shock and cannot yet say exactly if and where help is needed," it said in a statement.

The ape house was built in 1975 and was home to several primate species. 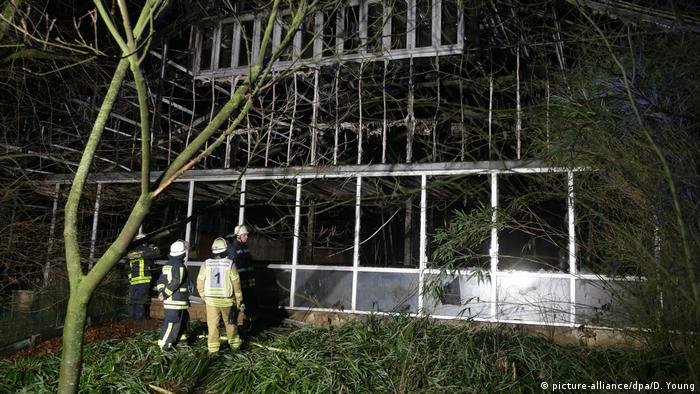 No animals survived the fire, according to the zoo

Searching for the cause

Police said an initial investigation had determined sky lanterns had set light to the plastic roof of the monkey-house and caused the rest of the structure to go up in flames.

The Chinese miniature hot air balloons have been banned in the state of North Rhine-Westphalia since 2009 after several fires started by them caused deaths.

Germany is the largest importer of fireworks in the EU. Each year on New Year's Eve, hundreds of thousands of firework enthusiasts set off light explosives across the country.

The 57-year-old rhino is believed to have died of natural causes, according to the Ngorongoro Conservation Area Authority. In the wild, rhinos generally reach an age between 37 and 43. (28.12.2019)