The number of mice and dogs involved in experiments rose last year, the latest figures show. Despite promises to eliminate animal testing, animal welfare groups said the German government is "miles away" from its goal. 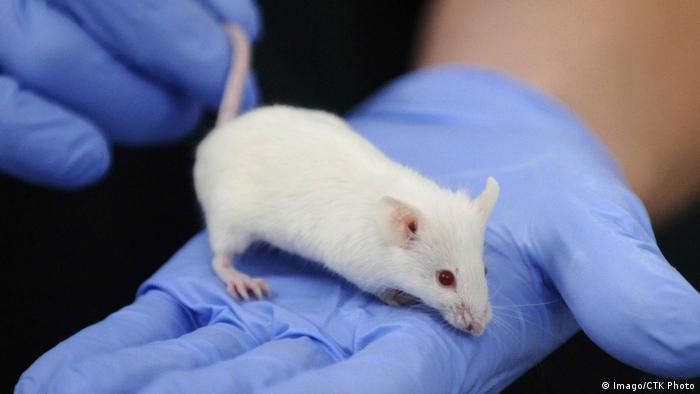 Nearly 2.83 million animals were experimented on in 2018, according to figures released by the Ministry for Food and Agriculture. The figure represents a slight rise compared to 2017, which saw 2.81 million animals involved in experiments.

The German Animal Welfare Federation said the figures show that Germany is "miles away" from completely replacing animal experiments — despite a European Union-wide goal to do so.

"The figures show in black and white that absolutely nothing is changing," Thomas Schröder, the president of the German Animal Welfare Federation said in a statement.

He added that despite the goal also appearing in the government's coalition agreement, German Chancellor Angela Merkel's government has yet to act on it.

Rise in number of dogs and cats

Around 85% of the animals involved in experiments are mice and rats, the ministry figures showed.

Fish were the third most-used animal, followed by rabbits and birds.

Nearly 4,000 dogs were involved in animal testing in 2018 — rising up by several hundred compared to the year before. The number of cats also increased to 765 last year.

Over 3,200 monkeys and lemurs were used in experiments, slightly down from the year before.

The German Animal Welfare Federation also criticized the government for not funding enough research into alternatives to animal testing.

"We want to get rid of animal testing."

Professor Gilbert Schönfelder of Germany’s Federal Institute for Risk Assessment talks about the controversy and the challenging search for alternatives. (29.06.2015)