Wilhelma zoological and botanical gardens has unleashed an unusual offering for some of the animals it hosts — Christmas presents. The venue in Stuttgart has more than 2 million visitors annually. 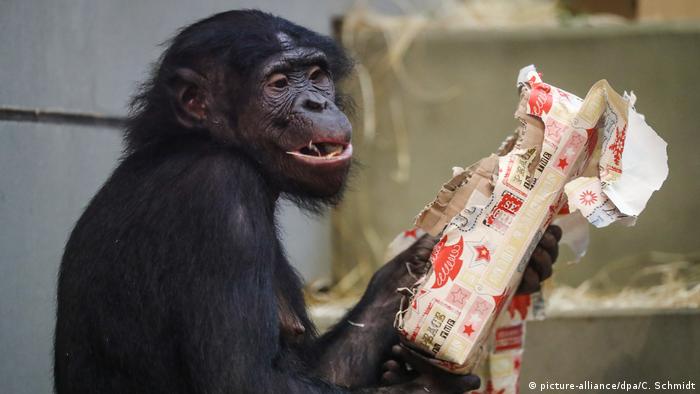 There was no monkeying around at a zoo in Stuttgart, southern Germany, as a number of apes were given presents on Christmas Day.

106 gifts in total were handed out to the grateful gorillas, bonobos and orangutans at the Wilhelma Zoo, in the north of the city, situated by the river. 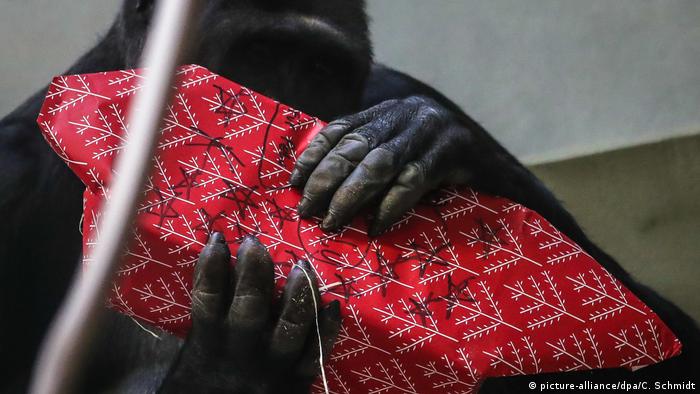 A gorilla takes a peek inside

Arms were outstretched as the apes, who were by no means bamboozled by the event, gleefully received their gifts, which included popcorn, raisins and apple rings.

The bonobos and orangutans went crackers for their Christmas delights, which were tied up tight and concealed in newspaper on the inside. 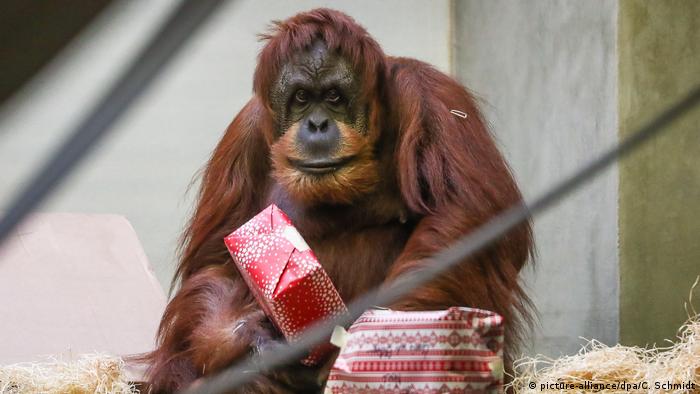 An orangutan looks unaware of what lay in store

When the apes could finally get the monkey off their backs and unwrap their treats, Kibo and his gorilla troop; Kombote and her bonobo party; and orangutan ladies Carolin and Moni could finally let their hair down.

It is not the first time Wilhelma Zoo has made the offering with the principle aim of keeping the apes entertained.

Many get confused about the differences between monkeys and apes but the former has a tail, where the latter does not. In addition, apes tend to be larger with bigger brains, as well as having a tendency to live longer. Species of ape include humans, chimpanzees, and gibbons, in addition to gorillas, orangutans, and bonobos.

The number of mice and dogs involved in experiments rose last year, the latest figures show. Despite promises to eliminate animal testing, animal welfare groups said the German government is "miles away" from its goal. (19.12.2019)

For those spending Christmas alone this year who "would rather not be," #JoinIn offers an online network of support — and cute animal photos. The campaign has become a holiday tradition since launching nine years ago. (25.12.2019)