′America will not engage in a huge military entanglement′ | Middle East | News and analysis of events in the Arab world | DW | 10.04.2018

'America will not engage in a huge military entanglement'

The United States is considering a military strike in Syria to retaliate for a suspected regime chemical gas attack. Henning Riecke, of the German Council on Foreign Relations, says Donald Trump faces a major dilemma. DW: What military options does US President Donald Trump have for retaliating against the government of Bashar Assad following the suspected chemical attack on the city of Douma, Syria?

Henning Riecke: One option is larger military engagement towards Syria and to change the military balance there. The goal would be to fight back against Assad and to eventually enforce regime change. There have been proposals by US national security adviser John Bolton before he took office that a part of Syria could be left to be controlled by the Sunni rebels.

Honestly I don't think this would be the course that Trump would take. It will entail a lot of financial costs and bog down the military in a very complex situation that might not end up in a success for Trump. It would mean fighting Iranian and, ultimately, Russian forces. I think that would be against the grain of this president, who wants to withdraw America from international commitment.

I think we are talking about targeted, limited military strikes to raise the costs of using the chemical weapons. The very small and limited strikes with the Tomahawk missiles by the Trump administration a year ago against a Syrian air base were rather moderate. The US could strike areas related to the use of chemical weapons, such as the storehouses that might be stockpiling the weapons. This is a more likely option.

How would Russia react to a strike by the US? How would Iran, a major supporter of Syria's government, react?

When the US carried out the strikes against the Shayrat Syrian air base in retaliation to the use of chemical weapons a year ago, Russia was given a warning in advance. It is likely this time that the US will inform Russia in advance, although the Russians will try to undermine the case for military action against the Assad regime and the legitimacy of American forces in Syria. 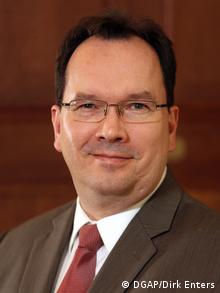 The Russian ambassador to the UN has said the chemical weapons attack was staged and "fake news." I think Russia would have to step up its military presence in Syria in regards to an American strike.

The Russians and the Iranians know that America will not engage in a huge military entanglement inside Syria, as they know the Americans do not want to be bogged down like they had been in Afghanistan. So the Russians and Iranians will likely wait out what the Americans will do. The Iranians would also bolster their military presence in Syria regarding an American strike. An American strike in Syria could complicate things but would likely not cause a direct military escalation with Russia or Iran. It could change, however, if Russian or Iranian forces in Syria were hit directly by an American strike.

What does Trump have to gain politically from a military strike?

I think this is a very difficult situation for Trump and he is in a bit of dilemma. He wants to be seen as a strong leader, so he wants to retaliate against the use of chemical weapons in Syria. The last time he did this, he was praised for a while by the public, but it was obvious that he wasn't going to enforce the nonuse of chemical weapons with more strikes. If he is choosing a limited targeted strike strategy, he might fall into the same trap. He strikes a little bit and shows that America is around but doesn't actually contain what Assad is doing to his people. If he goes in with more force, he might be seen as the president who is drawing American troops into another quagmire — similar to the one in Iraq.

But, in any case, Trump will have to do something. If Trump doesn't make his decision strongly, whatever it may be, it would damage his image. He would use strikes to discourage the use of chemical weapons and to also push towards a peace process that could lead to the dismissal of President Assad.

Do you think that a US strike could bring other regional actors into the conflict?

Israel is trying to keep out of the conflict, but they are willing to use military force when events in Syria directly concern them. Israel, in this situation of an American strike, would not be dragged into the conflict as a vanguard for US military interests in Syria.

I could imagine, if things get out of hand, that NATO partners of the US could be asked to do more. This could be interesting running up to the NATO summit in July: whether there is more rhetoric coming from Washington demanding help.

During the 2016 US presidential campaign, Trump often portrayed his opponent, Hillary Clinton, as a proponent of regime change in Syria and in favor of military intervention, which he was against. Are you surprised that Trump has changed his policy after these chemical attacks?

To me it looks like a realization by Trump that things in real life are more complicated than he had assumed. He had made a promise to withdraw the US military from abroad and have other countries play a bigger role.  I think, in regards to the chemical weapons attack last year, that was a situation where no other countries would step in. Trump did not expect that and carried out a strike in retaliation. But, in any case, Trump will present his strategy in Syria as the greatest that has ever been.

Henning Riecke is the head of the program for US and trans-Atlantic relations at the German Council on Foreign Relations.

The ruble has experienced its biggest one-day fall for over two years and stocks in major Russian companies also slid, as investors reacted to a new round of US sanctions targeting some of Russia's biggest tycoons. (09.04.2018)

Opinion: A US pullback from Syria is a terrible idea

Donald Trump has said he wants the US military out of Syria. That would be a fatal misstep, writes Kersten Knipp. The US president would be handing the region over to players that would create even greater chaos. (02.04.2018)