Amazing Planet: The long, slow life of a Greenland shark | Environment | All topics from climate change to conservation | DW | 14.07.2022

Amazing Planet: The long, slow life of a Greenland shark

Greenland sharks born long before the Industrial Revolution are still hunting Arctic waters to this day. But as their icy habitat heats up, these mysterious giants face an uncertain future. 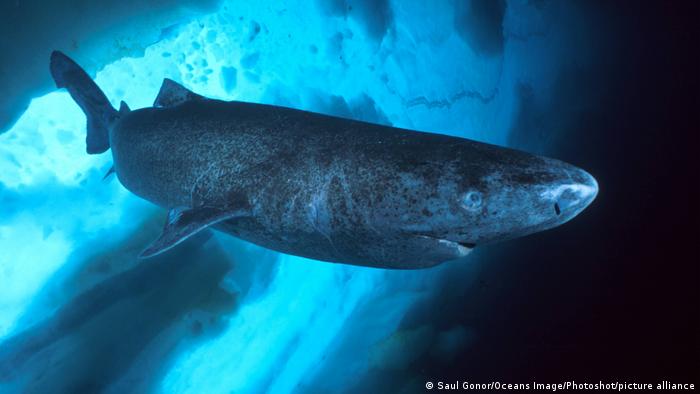 Greenland sharks can live for centuries

The Greenland shark is a true oddity of the seas. Its flesh is toxic, its eating habits eclectic and sometimes unsavory. Though a powerful hunter, it is also partial to rotting carrion and has been found with a belly-full of reindeer and horse remains.

Another less-than appealing feature are its eyes. Worm-like crustaceans attach themselves to the shark's corneas, rendering their host almost blind. Fortunately, this doesn't seem to pose much of a problem for the shark, which also pursues squid blow the Artic ice at murky depths of up to more than 2,000 meters (6,500 feet).

Yet the most remarkable thing about this curious shark is its lifespan — the longest of any vertebrate on Earth.

The age of other sharks can be determined by counting rings of growth in their vertebrae — much like counting the rings of a tree. But the Greenland shark has soft, gelatinous bones that reveal little about its life history. It was only in 2016 that scientists revealed its extraordinary longevity — by looking deep into its eyes. 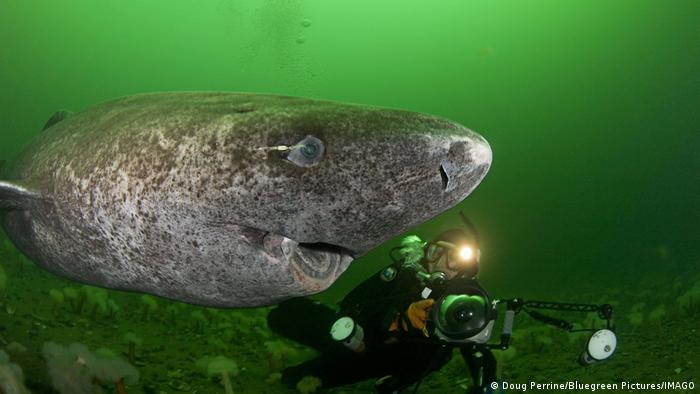 They may not be much good for seeing, but the shark's eyes, like those of other species, contain proteins that are preserved throughout the animal's life. Scientists gathered the eyes of 28 Greenland sharks from the bycatch of fishing trawlers — and radiocarbon-dated them.

Smaller sharks in their sample had been alive since the early 1960s — a moment when high concentrations of carbon-14 in the atmosphere left "bomb pulse" markers from nuclear tests in their tissue.

But one mature, fiver-meter female was revealed not only to have been around before the nuclear age, but well before the Industrial Revolution, with scientists putting her date of birth somewhere between 1504 and 1744.

This animal survived an era when its kind was hunted for the oil in its liver — used to fuel lamps of the pre-electrical age — only to get caught in nets cast for more palatable species. Thousands of Greenland sharks meet their end this way each year, and the threat is increasing as Arctic waters warm and ice melts, opening new expanses of their habitat to commercial fishing. 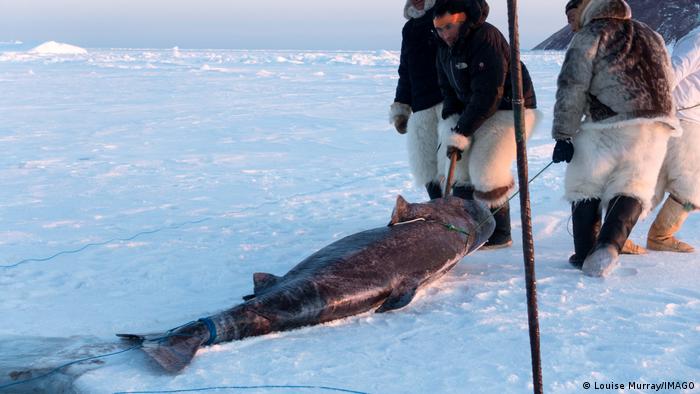 High concentrations of trimethylamine oxide make fresh Greenland shark meat poisonous. A months-long process of fermentation renders it a delicacy for some, though it is said to be an acquired taste

The slow tempo of their lives doesn't help matters. With an exceptionally sluggish metabolism adapted to their freezing habitat, they only reach sexual maturity at the age of about 150 — so when adults are killed, it takes time for them to be replaced.

For the Greenland shark, the climate crisis has unfolded in the blink of a parasite-encrusted eye. If a new generation survives to continue its line, it could inhabit a world very different from the one it is born into today.