The jailed opposition leader is accused of insulting a Russian World War II veteran. He may face even more prison time if convicted. 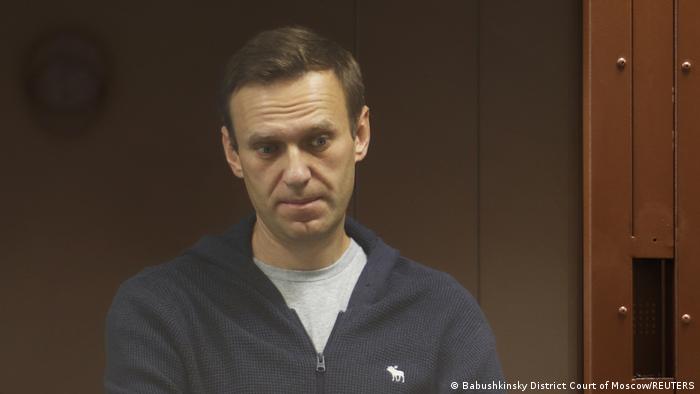 The defamation case against the Kremlin critic opened last week.

It comes shortly after he was sentenced to three-and-a-half years in prisonfor violating the terms of his parole in a different case.

Navalny is alleged to have slandered participants in a video promoting constitutional reforms to allow Russian President Vladimir Putin to stay in office for longer.

Navalny tweeted a clip of the video, describing the people who appeared in it as "traitors."

The 44-year-old is a Russian lawyer, anti-corruption activist and opposition leader.

He has tried for over a decade to overthrow Russian President Vladimir Putin, using his YouTube channel to expose corruption and even launching a presidential run against Putin.

He hit the headlines worldwide after he survived an attempted poisoning in Siberia in August 2020.International experts believe he was poisonedby a Soviet-era nerve agent.

After being treated in Germany, he returned to Russiaand was arrested on arrival on January 17.

Reaction to Russia's treatment of Navalny

His arrest and prison sentence sparked nationwide protests in recent weeks, attended by tens of thousands.

Police have cracked down hard on protesters, detaining thousands.

The EU, United States and leaders from other Western countries have urged Russia to release Navalny.