Alexei Navalny is Russian President Vladimir Putin's most prominent opponent. The dissident blogger has increasingly used videos in his fight against the Kremlin and is seeking support for his movement in rural areas. 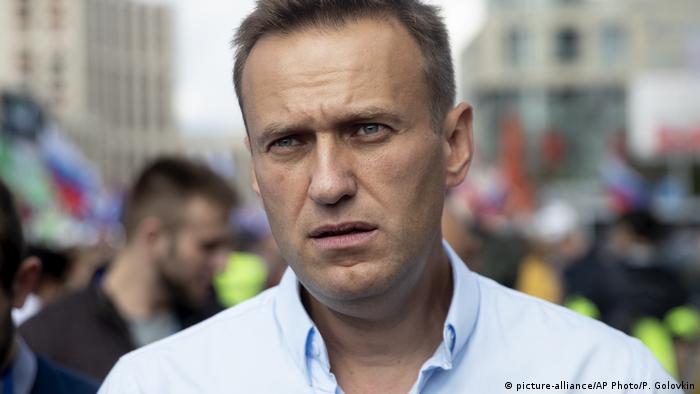 The two most recent photos posted by the Russian opposition politician Alexei Navalny on his Facebook page show him in Tomsk, Siberia. In one of them, the lanky 44-year-old is seen dressed in jeans and a blue shirt, leaning over his supporters for a selfie, surrounded by half a dozen young women. In the other, he is posing between two candidates in September's regional elections.

A few hours after the photos were taken, Navalny began to feel unwell on his flight back to Moscow. The plane made an emergency landing in Omsk, in southwestern Siberia, and he was taken to hospital, unconscious. There is an investigation into whether he might have been the victim of a poisoning.

Over the past decade, Navalny has become Russia's most prominent opposition figure. He studied law and became involved in politics in the early 2000s as a member of the opposition Russian United Democratic Party, also called Yabloko, which seeks free markets and expanded civil liberties. He was thrown out of the party in 2007, with "nationalist activities" cited as a reason for his expulsion after he had advocated — on civil liberties grounds, he said — for Moscow's municipal authorities to permit the 2006 Russian March, which brought together various xenophobic groups. That same year, he helped co-found The People, a movement that sought "democratic nationalism" and prioritized the rights of ethnic Russians and would later join forces with anti-immigration parties. 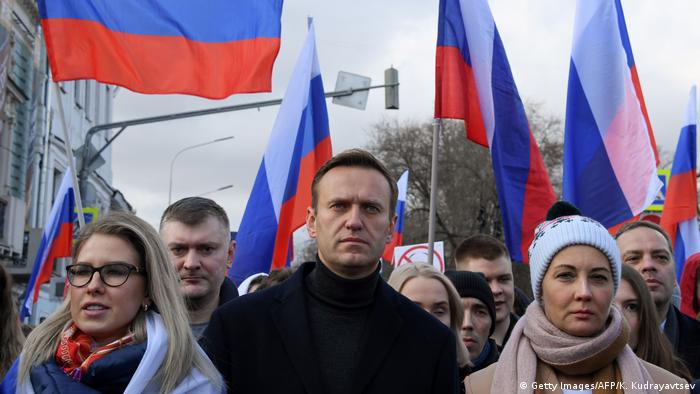 Later, Navalny would dissociate himself from nationalist movements and make a name as a blogger and corruption fighter. He was arrested protesting the official results of the 2011 parliamentary elections, and led protests against vote rigging and Prime Minister Vladimir Putin's ultimately successful efforts to return to the post of president after four years as prime minister in 2012. Navalny's biggest personal political success to date came at mayoral elections in Moscow in 2013, when he won 27% of votes and came in second.

Navalny was repeatedly arrested and charged with trumped-up financial crimes; he has twice been convicted of embezzlement — though the European Court of Human Rights has ruled the trials against him unlawful. He said the convictions were an attempt to sideline him politically: In 2018, authorities cited his criminal record whent they disqualified him from running for president. The Justice Ministry still has not formally registered Russia of the Future, the party he co-founded in 2012. 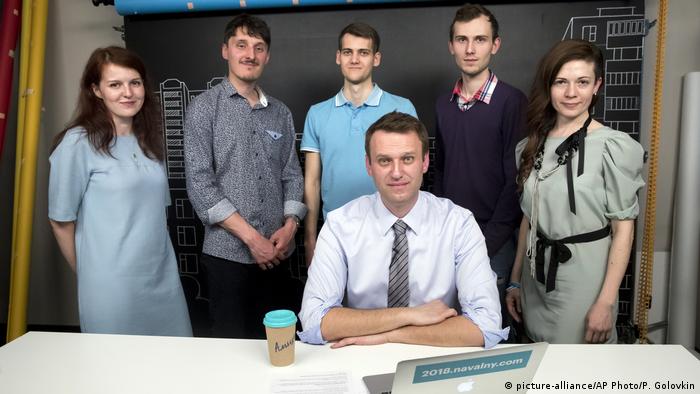 In July, as fines and lawsuits accumulated, Navalny disbanded his showcase project, the Anti-Corruption Foundation (FBK), which in recent years has used carefully researched videos to make explosive revelations about corruption in the top echelons of Russia's politics. Navalny's 50-minute documentary of 2017 on the life of luxury led by Dmitry Medvedev, who briefly replaced Putin as president from 2008 to 2012 and then served as his prime minister from 2012 to 2020, received particular acclaim and was viewed more than 35 million times on YouTube.

Navalny, FBK lawyer Lyubov Sobol and the foundation itself faced fines totaling over €1 million this summer from a 2019 judgment in favor of a Moscow company that supplies food to schools, which Navalny had accused of corruption in a video. He said it would not be possible to raise such a sum and announced that he would found a new organization under a different name. In a different case currently before a Moscow court, Navalny has been sued for defamation by a war veteran who appeared in a state-sponsored video to support an ultimately successful constitutional referendum to allow Putin further terms as president.

The coronavirus pandemic has also made it impossible to hold street protests on the scale of those in the summer of 2019, when tens of thousands of people demonstrated against the exclusion of opposition candidates from elections for the Moscow City Duma, the capital's regional parliament. That is why Navalny did not mobilize protests against the constitutional referendum in July.

Since the 2018 presidential election, Navalny has employed a two-track strategy. On Navalny Live, a YouTube show with about 2 million subscribers, he wears a suit and tie and presents his views on current politics, such as the protests against the official results of the presidential election in Belarus or against the arrest of the governor of the Khabarovsk administrative region in eastern Russia in July.

The broadcasts sometimes go for 15 minutes and sometimes for three hours. Navalny has no way of getting airtime on state media, and this is his way of creating his own public and reaching millions of viewers — mostly young Russians. He makes frequent use of humor and irony, which seems to go down well with his audience.

Navalny's second strategy is "smart voting," which, as its name implies, focuses on elections. It aims to maximize support for candidates who could prevent Putin's United Russia from winning again — or, at the very least, make things more difficult for the ruling party. Navalny has a nationwide network that he taps to instruct supporters on whom to vote for. Observers have speculated that this could have motivated his suspected poisoning.