Airbus and Boeing face new competition from China and Russia | Business | Economy and finance news from a German perspective | DW | 17.01.2022

Airbus and Boeing face new competition from China and Russia 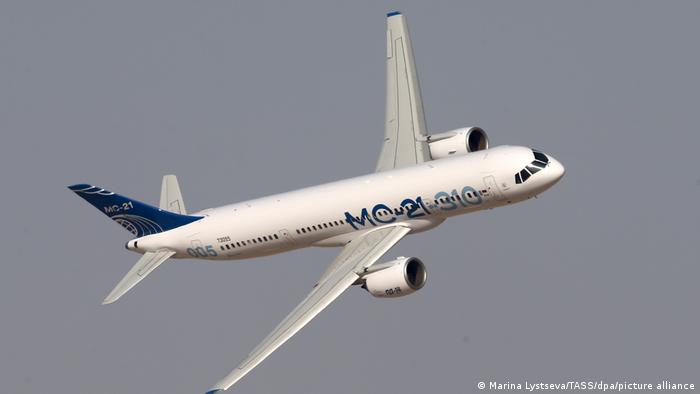 The Irkut MC-21 is from Russia, while the Comac C919 is built in China. Both have endured years of delays in their development and so far have not caused too much concern for the top dogs in the West. That may be about to change.

After several hiccups, the MC-21 was finally certified for passenger service in December 2021 and is due to fly scheduled services in Russia later this year. The Chinese had planned to deliver their first C919 to an airline customer at the same time, but this has been delayed, partly because of a lockdown at the test location in Xi'an. Now it is uncertain if it can enter service sometime this year.

Still, one thing is clear. New aircraft are entering the highly lucrative main segment of the airliner market. And Airbus and Boeing need to take it seriously. The MC-21, in particular, could offer superior performance in some areas, compared to the common types of Airbus and Boeing now being sold. And it is no wonder as the giants from America and Europe have been resting on their laurels for many decades: The Boeing 737 traces its origins back to 1967, while the Airbus A320 premiered in 1987. 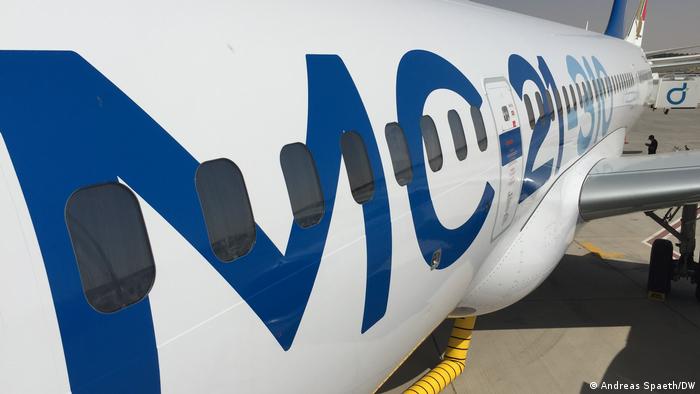 Russian and Chinese jets depend heavily on Western component makers

Russia is not new to the game

Russia has had a civil aviation industry for a long time, which, however, has been a shadow of its former glory during Soviet times ever since communism faded.

Although almost all aviation industry sites in the huge country still exist, just 14 Russian airliners were built in all of 2020 — an amount that Airbus assembles across its different factories in days when everything is up and running. Some traditional Russian design offices such as Tupolev and Ilyushin haven't come up with any new airliner designs for the past 30 years.

Not surprisingly, it was a long and thorny process until the type certificate from the Russian aviation authority vouching for airworthiness was granted for the base model MC-21-300 on December 28, 2021. The first flight had already taken place on May 28, 2017, followed by a test program with four prototypes.

The standard version of the MC-21, aimed at 163 passengers in two classes, should be up to par in range and capacity according to estimates by Western industry experts.

"On paper, the MC-21 would deliver a better flight performance than the newest Airbus A320neo," Nico Buchholz told DW. And he should know since he was responsible for fleet procurement at Lufthansa Group for many years and familiar with the new aircraft concepts.

Experts like him deem it very likely that the MC-21 is more economical than its Western competitors. If that is really true in terms of efficiency, reliability and performance have yet to be demonstrated by actual flight operations, which are due to start this summer with Aeroflot subsidiary Rossiya. 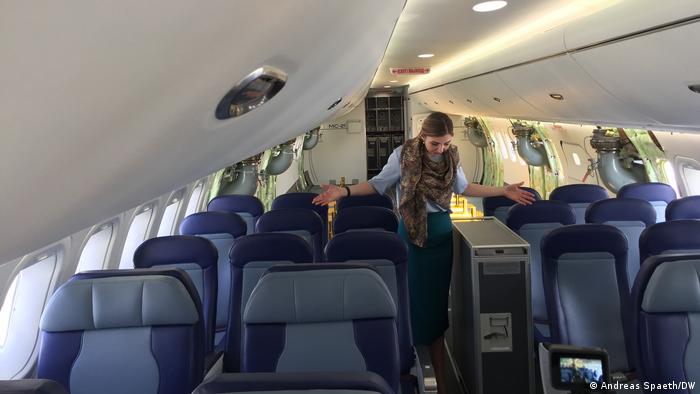 The plane is also expected to excel in passenger comfort, which was traditionally never one of the strengths of Soviet, or later Russian, aircraft. The cabin is quite spacious. Not for nothing is the MC-21 touted to be "the widest narrow-body in the world." Its cabin diameter is 11 centimeters (4.3 inches) wider than the A320 and even offers 27 centimeters more width than the Boeing 737. It is wider, but not wide enough for the airlines to squeeze in more than the usual six seats per row. This means passengers will get more elbow room and a wider aisle.

Yet the times don't favor Russian airliners, as they currently cannot be built without multiple Western components, mostly in the form of engines and composite materials. A whopping 40% of the MC-21 consists of such composite materials, a record in this airliner category. So far, the composites come from American and Japanese suppliers. On top of that, the MC-21-300 variant now certified is powered by modern American Pratt & Whitney PW1400G-geared turbofans.

But in the current political climate, Russia can't be certain it can continue to rely on these Western suppliers. At the same time, Moscow sees important markets in countries like Iran, where it would be barred from delivering aircraft containing Western parts.

The aircraft presented in Dubai, called MC-21-310, is not yet certified, as it is powered by new Russian turbofan Aviadvigatel PD-14 engines. On December 25, 2021, another prototype of the MC-21-300 had its first flight, this time equipped with new composite wings made in Russia with a patented vacuum infusion technique.

According to the manufacturer, there are currently 175 firm orders for the MC-21 plus "several hundreds of memorandums of understanding," signaling the intention to buy. The domestic Russian market is a significant one.

"According to the forecast, in the next 20 years, in Russia alone, more than 800 new airliners of this size will be required," according to Yury Slyusar, general director of United Aircraft Corporation, the parent company of aircraft manufacturer Irkut. "Having proven the effectiveness of the aircraft in the domestic market, we will enter the international market," he announced. 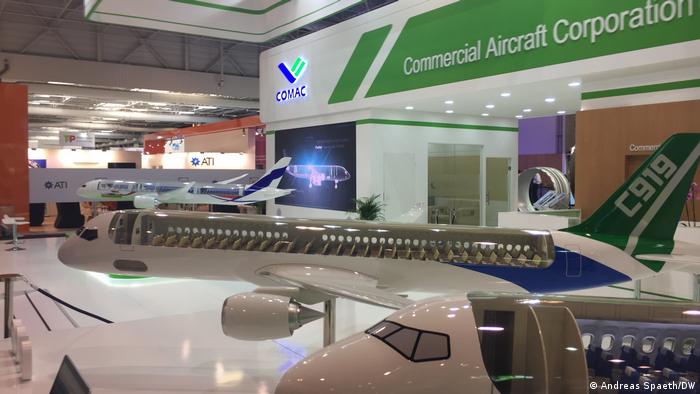 Chinese manufacturers willing to branch out

In contrast to Russia, China has not been in the civil aviation industry for a long time. Nonetheless, it is in the aviation fast lane. And like in Russia, domestic needs are a major aspect in building the Comac C919 for 156 to 168 passengers.

"The Chinese airliner market alone has a volume enabling them to sell greater numbers, independently of the Airbus and Boeing jets flying in the country," said Buchholz.

There is another advantage China has over Russia that could be decisive in turning the C919 into a success. To crank up aircraft assembly and build hundreds or even thousands of new planes to high quality standards will be a big challenge, Buchholz said.

"As the Chinese have more experience in the industrial manufacturing of higher numbers of aircraft than the Russians, they are more likely to become competitors of Airbus and Boeing," explained Lufthansa's former aircraft buyer. "And Western manufacturers contributed to that, as they, like Airbus, established their own final assembly lines in China. There the quality was at times better than that of Airbus jets manufactured in Hamburg."

But currently the Chinese lag behind in getting their new jet in the air, despite their first successful test flight on May 5, 2017. No less than six test aircraft are ready to perform the flight program necessary for certification. Still, by the end of last December, only 34 out of the necessary 276 test flights had been carried out.

Airbus A380: The end of a multibillion-dollar dream

Pan Am: Around the world with the blue globe

Thirty years ago, Pan Am ceased operations. The US airline put its stamp on civil aviation like no other and will always be remembered, especially by people in Berlin.