Ahead of Trump, final sprint to save climate data | Environment| All topics from climate change to conservation | DW | 17.01.2017

With only a few days before Donald Trump takes over the United States presidency, scientists and hackers are hurrying to copy climate data onto independent servers. Are they paranoid, or simply prepared? 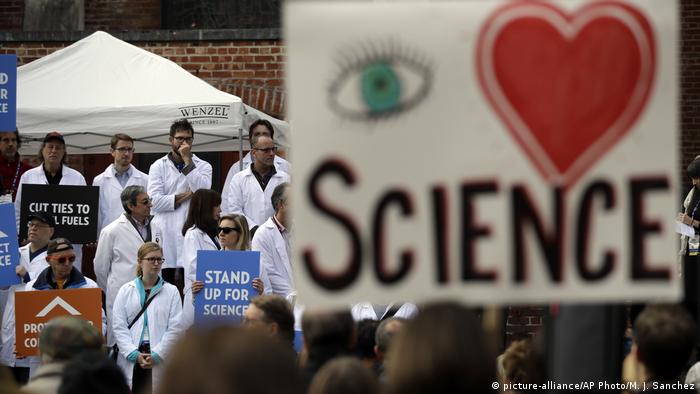 A curious scene is playing out in universities across the US: Professors, database geeks, computer-savvy archivists and activists are sitting in front of their laptops, crawling through thousands of websites and copying them.

What sounds like a nationwide hackathon is actually a desperate attempt to safeguard as much climate and scientific data as possible before January 20, when Trump is sworn in as the 45th President of the United States.

National and international scientists are worried that the new government could redact and whitewash publicly available scientific research and databases.

Scientists back up US climate data

Living Planet: Scientists back up US climate data

"Our incoming administration professes a position of ardent climate change denial," pointed out Karl-Rainer Blumenthal, a librarian and archivist.

"This information is far too important to the future of our planet to lose to a modern-day book-burning," Blumenthal told DW in writing.

He has organized a meet-up in Chicago to copy data sets, databases and web-based services that researchers and the public rely upon to learn about the causes and effects of global climate change.

What began with a call from the University of Toronto and University of Pennsylvania to participate in the End of Term project - a web archive that captures and saves US government websites at the end of each presidential administration - has quickly turned into a "guerrilla archiving" movement.

Last minute data-rescue events are taking place across the nation over the course of the week: Indianapolis, Chicago, Los Angeles and Philadelphia.

In a collaborative effort with more than 20 universities and institutions, the Data Refuge project and the Environmental Data Governance Initiative have already copied 6,900 websites onto independent servers.

The project Climate Mirror recreates entire websites, storing them on servers across the world to spread the risk of losing any valuable information.

To some, the huge data-saving effort might seem irrational.

Neither Trump nor any of his team members have indicated they intend to restrict access to or even delete governmental data.

But critics point out, Trump's words and actions leave room for doubt.

Ahead of his election, Trump vowed he would "tear up" existing climate treaties. In 2012, he tweeted that global warming was "a hoax" that was invented by the Chinese.

Trump later changed his tune on climate change, saying he believed there was likely "some connectivity" between climate change and human activity. Yet, he elected climate denier Scott Pruitt to lead the Environmental Protection Agency (EPA).

The harvesting project might sound "alarmist," admits Bethany Wiggin from the University of Pennsylvania, an organizer of the Data Refuge project.

"Our position is, better be safe than sorry, and to operate with an abundance of caution. All librarians and archivists will tell you, more copies in more places is always a good idea."

Political assaults on scientific information are not unprecedented.

And at the end of December, Wisconsin's state agency overseeing environmental regulation removed text from its website saying humans and greenhouse gases are the main cause of climate change. The website now claims the subject is a matter of scientific debate.

With the Trump presidency looming, many scientists are worried that such action will increase.

"In the upcoming administration change - with climate deniers in the highest offices - we think there is a risk that more data will be 'lost' than is normally the case," says Wiggin. 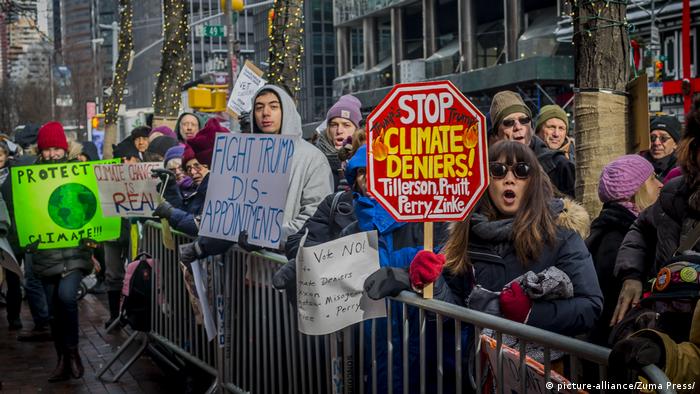 Why would Trump be interested in deleting or obscuring certain scientific data?

"Generally, it can be said that information is knowledge - and knowledge is power," Eileen Wagner, project manager at Open Knowledge Foundation Germany, told DW.

Wagner believes that Trump will continue to collect data on climate change in some form. The question is whether the results will be made publicly available.

If the data supports Trumps arguments and plans - sure. But what about data that contradicts the views of the administration?

Above all, this harvesting of big data reflects a sense of insecurity among scientists in the US.

Trump has targeted climate scientists in the past. In December, the Trump transition team requested that the Energy Department provide a list of climate change experts.

While not all observers expect Trump to delete existing climate data, they fear his administration is certainly likely to cut funding for new research.

"A much more likely possibility is that the government will reduce or even eliminate funding to gather new data," Philip Duffy, president of the privately financed Woods Hole Research Center, a climate research think thank, told DW in writing.

Advisers to Trump have already proposed to strip funding for NASA climate research.

Wiggins admits she is most worried about money. If funding for environmental research programs is curtailed, "it will be very hard for our scientists to carry out their work."

Martina Buttler contributed to the text.

Can Trump really back out of the climate deal?

Donald Trump has vowed to "cancel" the Paris Agreement - his tapping of a climate denier to run the nation's leading environmental agency is just one sign he intends to deliver. But how would that work, exactly? (18.11.2016)

Republican platform aims to dismantle US environment and climate laws

The final Republican platform, released Monday, would pull the United States out of the international climate accord, open national forests for logging and declare coal a "clean energy resource." (19.07.2016)