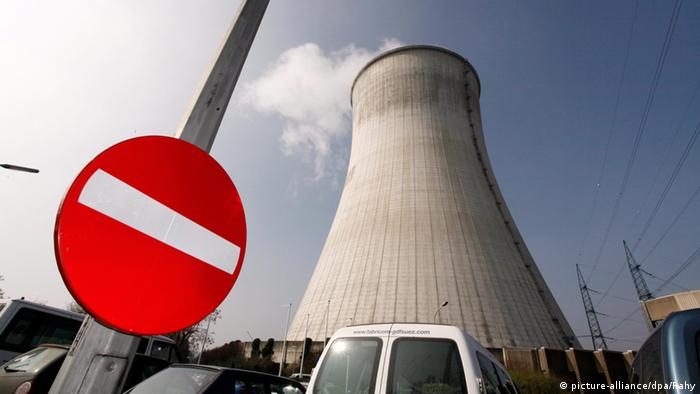 There were loud protests in Germany's western border region of Aachen on Tuesday against Belgium's adherence to nuclear power.

German Green Party parliamentarian Oliver Krischer said that 2,000 people had been present at the demonstration, adding that it was a "great and necessary signal" that Belgium should abandon nuclear power.

Belgium intends to use the reactor until the phasing out of its nuclear sector by 2025.

Aachen, Germany's westernmost city at the border junction with Belgium and the Netherlands, belongs to Germany's largest state, North Rhine Westphalia (NRW), which has a population of nearly 18 million.

Tihange's operator Electrabel intends next Saturday to make another bid to restart of Tihange's number 1 reactor.

A first bid last Friday was aborted because of a switchboard fire in a non-nuclear area that left a worker hospitalized with an electric shock. 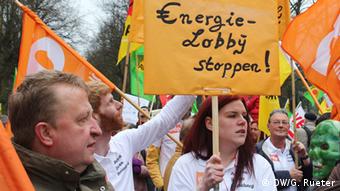 Ahead of the Aachen rally, German Environment Minister Barbara Hendricks had told residents of NRW that while she shared their concerns, Belgium could decide alone under EU energy rules.

"These are questions that are decided in terms of national sovereignty," Hendricks told the "Rheinischen Post" newspaper based in Düsseldorf, NRW's regional capital.

In recent months, Aachen and neighboring towns have demanded that Tihange be shut down.

Protest has mounted since March, when Dutch, German and local Belgian anti-nuclear protestors converged on Tihange, which lies - equidistant - about 60 kilometers from Aachen and the Dutch city of Maastricht.

Electrabel's bid follows checks by Belgium's Federal Agency for Nuclear Control (AFCN) after a series of lengthy shutdowns of other Belgian reactors.

Tihange's number 2 reactor was restarted last week despite hair-line cracks. The "Doel 3" reactor at another plant in northern Belgium was restarted on Monday "in full safety," according to Electrabel.

NRW's public television channel WDR quoted Hendrick's ministry on Tuesday as saying that ministerial experts were in contact with Belgian officials who had declared their readiness to table all relevant documents on "Tihange 2" and "Doel 3" at a meeting.

In 2013, Belgium adopted a plan to subsidise a growth in gas-fired generation and offshore wind capacity with taxes from nuclear power based on a fixed price until 2025, according to the World Nuclear Association which promotes nuclear usage.

Prompted by Japan's Fukushima disaster in 2011, Chancellor Angela Merkel made an about-turn and said all of Germany's reactors would be phased out by 2022 as part of a drive for renewable energy such as sun and wind.

The main newspaper large city of Cologne, the "Kölner Stadt-Anzeiger" (KStA) in its commentary for Wednesday said it was "high time" that electricity generation was organized Europe-wide to avoid situations such as Tihange.

"Europe is growing more and more together. But, ironically on the central topic of energy it looks like a patch-work carpet. Everyone does what he regards to be correct and tenable," its commentator wrote.

"Junk reactors such as Tihange and Doel in any case have no future. They should not even have a [reawakening in the] present," KStA added.

Nuclear reactors close to borders have long been the focus of controversy across Europe. 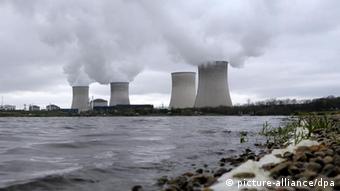 Cattenom draws its cooling water from the Mosel

The "Trierishce Volksfreund," located in RLP's Mosel river city of Trier last chronicled brief malfunctions at Cattenom in September and October. Cattenom's French operator EDF said in September neither persons nor animals were in danger.

Paris has already pledged to close down its oldest two-reactor plant Fessenheim in Alsace, close to Germany's southwestern city of Freiburg. French President Francois Hollande initially promised its closedown by 2016.

France passed a law in July to reduce its high dependency on nuclear power from 75 percent currently to 50 percent by 2025.

Meanwhile, since a no-vote to nuclear power in 1978, Austria has protested against nuclear plants and expansion plans run by its neighbors, including Slovakia, the Czech Republic and Hungary.