Every time Germany gets a new government, the issue of a speed limit on the country's highways shows up on the agenda. After last week's vote, lawmakers are talking it over. Germans, however, remain divided on the issue. 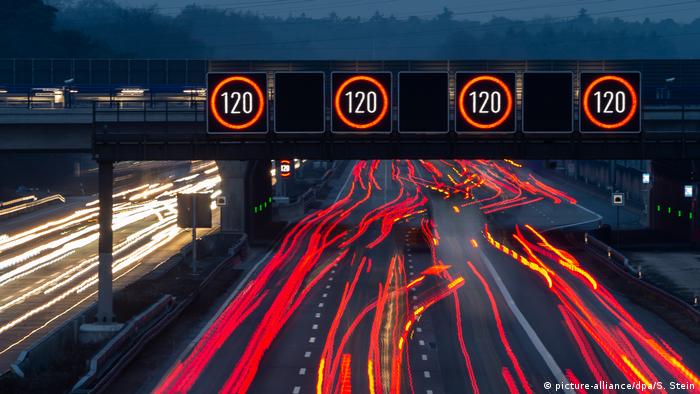 Variable speed limits are already applied to stretches of Germany's highways, depending on road conditions

Stefan Bratzel, the director of the Center of Automotive Management in Bergisch Gladbach, compares the absence of a national German speed limit with the right to bear arms in the United States. Both issues affect many people, and both tend to spark heated debate.

Germany's political parties, like the country, are divided on the topic. The conservative CDU/CSU of outgoing Chancellor Angela Merkel, the neoliberal Free Democrats (FDP) and the far-right Alternative for Germany (AfD) all oppose a highway speed limit, while the center-left Social Democrats (SPD), the Greens and the socialist Left Party are in favor.

So will a general speed limit be imposed? It's hard to say.The SPD and the Greens did not introduce a speed limit when they governed Germany together in coalition from 1998 to 2005. At the time, the SPD was still opposed; leader Gerhard Schröder, was even nicknamed the "Car Chancellor." Getting a speed limit approved was never going to be possible under his government. With the current SPD, however, it's now a possibility.

When it comes to speed limits, Germany is an outlier

There are only about a dozen countries in the world that have not imposed speed limits on their roads. The only other place in Europe where road traffic is allowed to travel at unlimited speeds is the Isle of Man. This island in the Irish Sea is neither a member of the European Union nor part of the United Kingdom, though it is subject to the British crown.

In 2006, the majority of its 80,000 inhabitants rejected the introduction of a speed limit. However, the road network on the Isle of Man, with a total length of 800 kilometers (roughly 500 kilometers), is generally not up to a standard that would encourage speeding.

Germany, with its well-constructed autobahns, is the only industrialized Western country without a general speed limit. However, there are many stretches of highway where drivers do have to slow down. Permanent speed restrictions apply on around 30% of the German autobahn network, and a further 10% is subject to a variable speed limit that applies at certain times, depending on the weather, time of day and traffic. 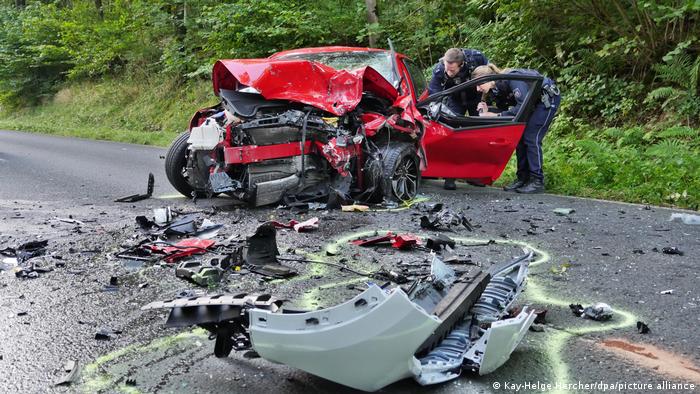 Those in favor of a speed limit say it would reduce the number of people injured or killed in traffic accidents. However, statistics show that, at least in 2020, more people were killed in accidents on Germany's country roads than on highways.

One reason is that highway lanes are generally wider, and structurally separated from oncoming traffic. According to the ADAC, Germany's largest automobile club, countries with a general speed limit, like Belgium, France and the United States, fare no better than Germany in terms of accident statistics.

What about reducing CO2 emissions?

Another argument put forward by speed limit advocates is that carbon dioxide emissions are higher when vehicles are traveling at high speeds. According to the Federal Environment Agency, Germany emitted a total of just under 860 million tons of CO2 in 2018, of which around 158 million tons were created by road traffic. Based on the agency's calculations, a general speed limit of 130 kilometers per hour (80 miles per hour) on German highways could prevent almost 2 million tons of CO2.

ADAC, which has around 21 million members, has campaigned against a speed limit in the past. However, it no longer explicitly makes such a recommendation. In recent decades, the majority of its members have been against introducing a speed limit — but that has changed. Currently, 50% are in favor, with 45% against. The rest remain undecided, or chose not to express their opinion.

Bratzel of the Center of Automotive Management believes the issue will probably resolve itself, as more and more German drivers make the switch to electric cars. "Drivers of electric cars usually move at about 120 to 130 kilometers per hour, no faster, because otherwise the battery range decreases considerably," he said.

Can Germany's Greens and Free Democrats work together on climate?

Germany's Green Party and the business-focused Free Democrats aren't natural partners on climate. Could they reconcile their ecological and economic interests and potentially work together in the next government?

German youth voted for change — but what does that really mean?

In last weekend's German election, the neoliberal FDP was the most popular party for first-time voters, along with the environmentalist Greens. For some, this was no surprise.