COP26: What's at stake for Africa?

Africa contributes minimally to climate change but bears the brunt of its consequences. For the continent, the UN COP26 climate conference is about vital funding and securing the livelihoods of 1.4 billion people. When the locusts come, no harvest is safe

From locust plagues in East Africa and deadly droughts in the south, to tropical storms and floods that forced more than a million people to leave their homes in Somalia alone, Africa is already feeling the devastating reality of climate change.

"This is about life and death," said David Mfitumukiza, a scientist at the Centre for Climate Research and Innovations at Uganda's Makerere University.

"We are experiencing continuous losses and damage and other impacts associated with droughts and floods, and we are not talking about things which are in the air, I am talking about food," Mfitumukiza said.

According to a recently published report by the World Meteorological Organization on the state of Africa's climate, drought has claimed the lives of over 700,000 people in Africa since 1970.

Today, more than 400 million people across the continent live in poverty — and with accelerating climate change this number is predicted to rise. 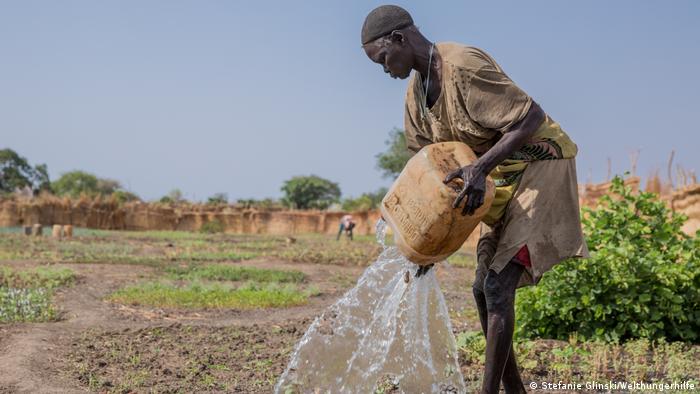 Many Africans live from agriculture, but droughts pose severe threats to harvests

Over the last two decades, extreme weather events such as drought, flooding, storms and wildfires have caused damage to the tune of at least $38 billion (€32 billion), impacting individuals, communities and entire economies.

Standards of living will fall

On the basis of predictions that put the world on track for a temperature rise of roughly 3 degrees Celsius (5.4 degrees Fahrenheit) by the end of the century, scientists from the University of Melbourne, Australia predict that a host of African countries would likely witness a decline in their long-term gross domestic product, which is an indicator of a country's standard of living, from 2067.

Up to 17% a year in Ivory Coast for example, almost 9% in Mozambique and 7% in Kenya. Average losses across the continent are projected at between 2% to 5%.

As the greenhouse gas emissions of most African countries are marginal, their focus is on adapting to climate change.

Reforestation, water-saving and agricultural initiatives have been launched across the continent, but according to the UN, many are progressing slowly.

That's due, in part, to a lack of funding. 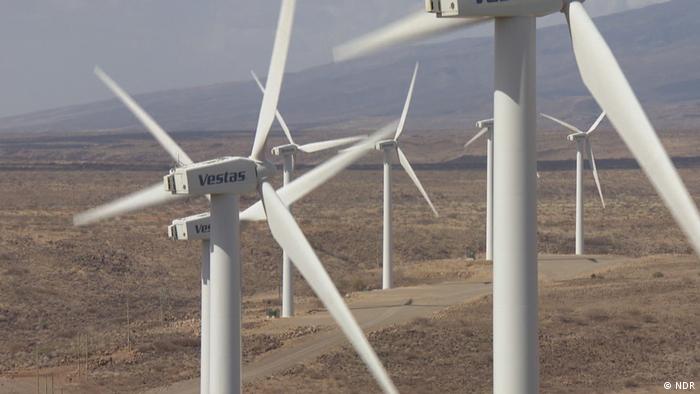 Huge wind farms, like these in the Kenyan desert, are still scarce on the continent

Though as Kwame Ababio, senior program officer at the African Union Development Agency-NEPAD said, African countries are already investing at least 2% of their GDPs to tackle climate change.

"It's not like we're not doing anything on the continent," he added.

Rich countries 'have a responsibility to fund just transition'

Wealthy nations also have an obligation to contribute. Back in 2010, they committed to paying $100 billion (roughly €86.2 billion) annually by 2020 in climate finance to help developing nations adapt to climate change.

Yet, according to the Organization for Economic Cooperation and Development (OECD), as of 2019, the last year for which data is available, contributing countries had paid less than $80 billion.

"We are so far away from that particular target. In terms of resource mobilization for climate activities, we are not up to scratch," said Ababio. 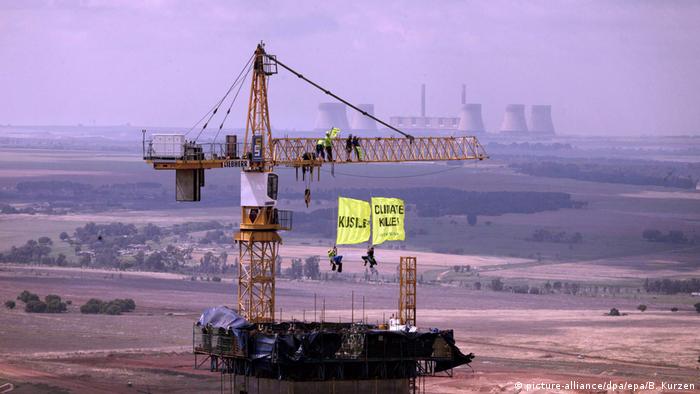 Some 90% of South Africa's energy comes from burning coal

Ahead of the upcoming COP26 climate conference in Glasgow, South Africa — which heavily depends on coal— made clear that demands from the United Kingdom, France and Germany to speed up its exit from coal are tied to funding from richer countries.

"The developed economies have a responsibility to fund the just transition to a low-carbon economy and climate resilient society," said Albi Modise, a spokesman for South Africa's environment department.

According to the World Meteorological Organization, at least $30 billion annually are needed to effectively reduce future damages from extreme weather events in sub-Saharan Africa.

In a 2019 report, the African Development Bank noted that in all regions of Africa, the cost resulting from climate change-related damages exceed the costs of adaptation many times over.

One adaptation measure that has helped save lives in parts of Asia are early-warning systems, which include schemes to forecast disasters, initiate evacuations and prevent travel ahead of an imminent storm.

"One dollar invested in an effective multi-hazard early warning system is equivalent to $10 in gain in terms of protection in prevention [against damages by extreme weather]," said Filipe Lucio, director of the WMO's Regional Strategy Office.

Other adaptation measures include the installation of flood barriers, introducing water-efficient farming and growing more heat-resistant crops to avoid greater harvest losses during future droughts.
And transitioning to a green African economy could create up to 60 million jobs on the continent by 2030, according to the International Labor Organization.

While finance and adaptation will be major issues at the climate conference in Glasgow, what’s most important for Africa and the global community is limiting temperature rise to below 1.5 degrees Celsius (2.7 degrees Fahrenheit), in accordance with the goals of the Paris Agreement.

As one of the regions most vulnerable to the effects of climate change, Southeast Asia knows the extent of the risk more than most. But is the region doing enough to take the problem seriously?