Afghan presidential palace rocked by sex harassment allegations | Asia| An in-depth look at news from across the continent | DW | 30.05.2019

High-powered women in Afghanistan have been mobbed on social media after a former official accused them of trading sexual favors for government posts. The controversy could further harm women's rights in the country. 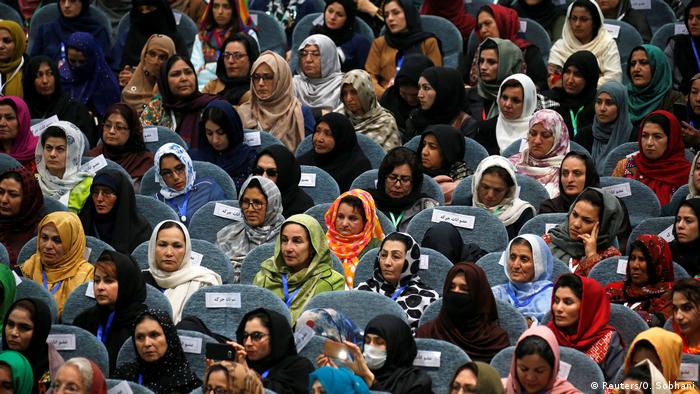 A former Afghan government official recently alleged that some members of President Ashraf Ghani's administration were trading government positions for sexual favors. In a recent TV interview, General Habibullah Ahmadzai, a former security adviser to President Ghani, leveled these allegations. They were widely shared on social media, triggering an outcry in the war-torn country.

Ahmadzai, who resigned from his post to contest in parliamentary elections, claimed that some officials "were working systematically to promote adultery in the palace."

Mariam Wardak, another former government official, backed Ahmadzai claims in her interview with an Indian TV channel. Later, she changed her position, saying she only wanted to highlight the level of corruption in Afghanistan.

"We have formed a commission to look into the allegations," Jamshid Rasuli, as spokesman for the attorney general, told DW.

"We have asked Mr. Ahmadzai to submit documents that support his claims by the end of this Thursday," he added.

Read more: Is Afghanistan ready for a #MeToo movement?

It is not the first time that sexual harassment allegations have rocked Afghanistan. Last year, Keramuddin Keram, the president of the Afghanistan Football Federation, and five other officials were suspended by FIFA  after some female footballers accused them of sexual and physical abuse.

The players later said that life became more difficult for them after they spoke out against sexual abuse, as their families asked them to stop playing football. Female government officials say the presidential palace controversy is having a similar effect on them.

"Some people even shared my pictures on social media, asking their friends' opinions on what sexual favors I might have traded to get my job," Zarifa Ghafori, one of only two female mayors in Afghanistan, told DW.

"I was hurt by the social media comments and discussions that emerged as a result [of the controversy]," she said, adding that it is already very difficult for Afghan women to hold public office in a male-dominated society.

"Painting all women with the same brush and leveling vague allegations on media will make things worse for women who work for the government," she added.

Women in Afghanistan enjoy more freedom than they did under Taliban rule, from 1996 to 2001, when they were barred from going to school and working in offices and public places. Even after 18 years since the US toppled the Islamist regime, Afghan women continue to face widespread gender discrimination.

"Everyone is talking about how some women may have traded sexual favors to take government positions instead of condemning alleged perpetrators," Mahboba Rasuli, a Kabul-based women's rights activist, told DW.

In case these allegations are proven, investigators should share their findings in a way that does not put other female government officials under social pressure, Rasuli insisted.

Afghan rights activists demand that the government must not compromise on women's rights while negotiating a political settlement with the Taliban. Rasuli is of the view that the presidential palace controversy could jeopardize this demand. "What message does it send to the Taliban? They can now justify their anti-women stance by questioning the integrity of female government officials."