Quota system helping Afghan women in politics | Asia| An in-depth look at news from across the continent | DW | 31.12.2010

Under the Taliban, women were not allowed to study or work. But in 2005 an affirmative action law was passed guaranteeing that over one fourth of seats in parliament and over 30 provincial councils be reserved for women. 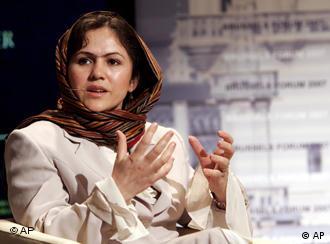 Fauzia Kofi fights for women's rights and against discrimination

In Afghanistan’s parliament, 68 of the 249 seats are reserved for women. During the elections of September 2010, 69 women were elected to parliament – one more than the minimum.

Siddiqua Mobarez from Wardak province in central Afghanistan has been elected for the second time. She believes the last elections were a victory for women. "If a woman can be the head of a family, then she can also be the head of a state," says Mobarez. "If you look at the election results, it is easy to see that most of the women have been re-elected. That shows that women are capable of working in politics and that the public has confidence in them. We are very capable and we want to see change." 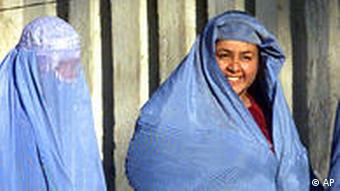 In a society dominated by men, some believe women have no business going into politics

The word change was a slogan on many election posters of female candidates. In the last elections there were over 400 female candidates running for office. That is close to 70 percent more than five years ago. Fauzia Kofi is a young women’s rights activist and is considered to be a progressive star among Afghan politicians. She is active against the sexual abuse of women and discrimination and dreams of "living in a society in which there are no first and second class citizens. I want equality. And I want to eliminate all forms of discrimination based on sex, ethnicity and native language."

The Heinrich Boell Foundation carried out a study on women in politics. For the study, Afghanistan expert Andrea Fleschenberg talked to 91 female parliamentarians. She believes the fight for equality is still not easy as she recalls talking to the women. "Some women are told they do not have the qualifications to hold their elected positions. But at the same time, they are working in an area where the rules are constantly changing, where there is little transparency and there is a lot of patronage. Of course it is difficult for them to stand up for their own interests in such a climate."

The hurdles of traditional society

It doesn’t help that only few of the female politicians work together. And many other women cannot get over the hurdles of traditional society. Conservative Afghans still think that women have no place in politics.Fauzia Kofi says many women in parliament complain they are not taken seriously by their male colleagues. And some women are even pointedly bullied. "We don’t have enough time to speak on the floor of the house. People try to ruin our reputations and some women have even received threats."

Threats is sometimes an understatement. Fauzia Kofi herself was recently the victim of an attack which she barely survived. The Taliban had planted explosives in her car. But despite all the obstacles, there are now more women in Afghan politics than there ever have been. And with any luck, the quota system will continue to help.

2010 - a look back at another troubled year for Afghanistan

Afghanistan saw some stability and progress in 2010, however things can easily go wrong in the coming year. As the NATO forces look for an exit, the future of Afghanistan appears as unpredictable as ever. (29.12.2010)

Women's rights still have some way to go in Afghanistan

The Afghan constitution guarantees men and women equal rights. But the everyday reality in Afghanistan is very different. Some local NGOs are determined to improve the lives of Afghan women. (23.12.2010)

History was made in India on Wednesday when Parliament elected its first female speaker. Meira Kumar, a former diplomat and five-term Congress party lawmaker, is also a Dalit, a community at the bottom of the Hindu caste hierarchy. All the political parties of the otherwise fractious house put aside their differences to elect her unanimously. (03.06.2009)