Afghan peace tops Sharif’s agenda in Washington | Asia| An in-depth look at news from across the continent | DW | 21.10.2013

A shrewd businessman who puts economic interests above anything else, Pakistani PM Sharif has a tough task at hand in Washington, as he has to deal with security matters which experts believe he has very little say on. 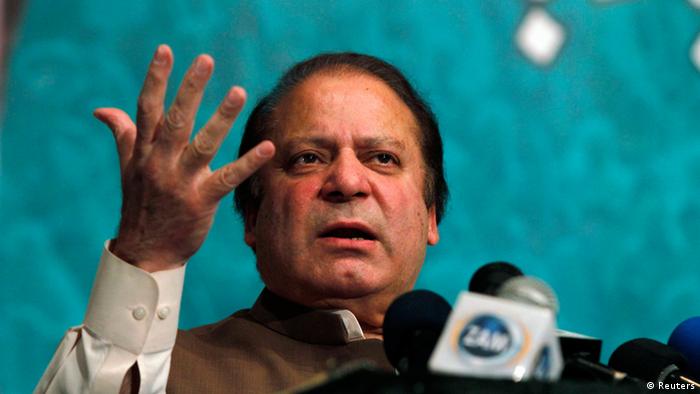 Pakistani Prime Minister Nawaz Sharif's reputation in Washington is that of a businessman, a pragmatic politician who wants good relations with the US and the international community despite his right-wing political background.

But experts say his visit to Washington and meeting with US President Barack Obama on October 23 at the White House are not merely about business deals with Pakistan's biggest financier. There are bigger things at stake - both for Washington and Islamabad.

US-Pakistani ties have been strained since the US Special Forces conducted a unilateral and covert operation in the Pakistani city of Abbottabad in May 2011, killing the fugitive al Qaeda leader Osama bin Laden. The relations further deteriorated after a NATO airstrike killed 24 Pakistani soldiers in Salala near the Afghan border at the end of 2011, forcing Pakistan to block NATO supply routes to Afghanistan for several months. The relations have finally begun to improve a little, so Sharif's primary job would be to improve the relations. 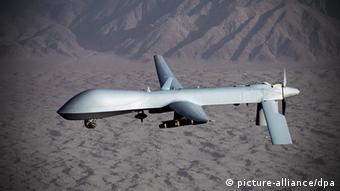 "Sharif will of course try to normalize the ties, but the question remains: whether he has enough authority to decide such issues on his own. We know that the Pakistani army has a final say on these matters," Saleem Asmi, a senior Pakistani journalist in Karachi, told DW.

As much as Sharif wants to expand trade ties with the US, experts believe that issues such as the withdrawal of international troops from Afghanistan in 2014, Pakistan's role in the future of the war-torn country and negotiations with the Taliban are likely to overshadow the Sharif-Obama talks.

The future of Afghanistan

Asmi is of the view that the timing of Sharif's Washington visit is "crucial" as the drawdown of US forces from Afghanistan approaches.

"The US sees Pakistan playing a key role in Afghanistan post 2014. But the dilemma is that Islamabad no longer enjoys the kind of leverage with the Taliban it once did. The insurgents may not like Pakistan playing a 'bossing-around' role today." Asmi said, suggesting that in this situation, Sharif may have a very tough task at hand in Washington.

The US, too, wants to negotiate with the Taliban, as it does not want to see Afghanistan descending into chaos after its troops withdraw from the country. Experts say Washington needs Islamabad's help in this regard but these two major stakeholders in the Afghan conflict have different and somewhat opposing interests. The Obama administration has so far accused the Pakistani intelligence agency, the ISI, of supporting some factions of the Taliban to counter India's influence in Kabul, something which the US is not ready to accept.

Pakistani Prime Minister Sharif has assured the world after visiting the country's nuclear control authority that the Islamic republic's atomic weapons are protected. Some security experts, however, are not convinced. (07.10.2013)

Robert Hathaway, director of the Asia Program at the Washington-based Woodrow Wilson International Center for Scholars, believes these differences have the potential to mar the outcome of the discussion between Sharif and Obama.

"Pakistani and American interests in Afghanistan are clearly not identical," Hathaway told DW in an interview. "There is no reason to believe that Pakistan and the US will miraculously find a way to align their interests post 2014. Pakistan does not want to see an unstable Afghanistan but it does want to have a considerable influence in Kabul, and it can use the Taliban as one of its ways to exercise its influence."

Hathaway says that despite the need for cooperation, Sharif and Obama are likely to continue to differ on the role of the Taliban, both in the political process leading to the withdrawal of combat forces from Afghanistan and thereafter.

Sharif is likely to raise another controversial issue in Washington: the US drone strikes against al Qaeda and the Taliban leaders in Pakistan's mountainous northwestern tribal areas bordering Afghanistan. The Pakistani government calls for an end to these strikes, calling them a violation of its sovereignty and territorial integrity.

"Sharif will definitely bring up this issue in Washington. He has to, and he has to do it publicly," said Hathaway. "Obama will take the position that so long as NATO and US forces are killed by the militants who receive protection in Pakistan, and as long as the Pakistani military is unwilling or unable to eliminate the militants' sanctuaries, he has the right to protect the lives of his soldiers."

Drone strikes have become a thorny issue for Pakistani leaders, who face mounting criticism from the public for their inability to convince the US to halt them. And Asmi thinks Sharif will definitely try his best to get the US agree to some sort of "face saving arrangement" on this issue. However, Asmi said, "Washington will first like to make sure that Islamabad is able to accomplish what US drone strikes so far have."

Sharif had pledged to his voters during the run-up to parliamentary elections that he would resolve the protracted energy crisis and stabilize the country's economy in a short span of time.

Now the good news for Sharif is that the US has reportedly decided to release more than USD 1.6 billion in military and economic assistance to Pakistan, which was suspended after bin Laden's assassination in 2011. US officials believe the ties have improved enough to allow the aid. Sharif can definitely cite this as his administration's success. 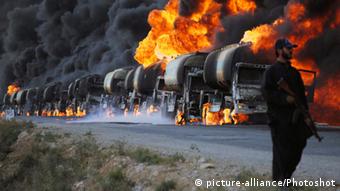 "I think the economy is the only area where Sharif can hope for some gains in the US," Asmi said, adding that it wouldn't cost Washington much to tag along. "Help in the energy sector, too, is feasible for the US, and American investors can gain much from it."

Experts say that Pakistan's economic problems are immense and are also linked to the issues of terrorism and extremism in the country, and if Sharif can at least get Pakistan's economy back on track, it will also help the Islamic republic tackle the menace of Islamism to some extent.