The AfD blasted the "privileged" members of the European Parliament while campaigning to join that very body. Germany would have to leave the EU if the bloc is not reformed, the party's election manifesto says. 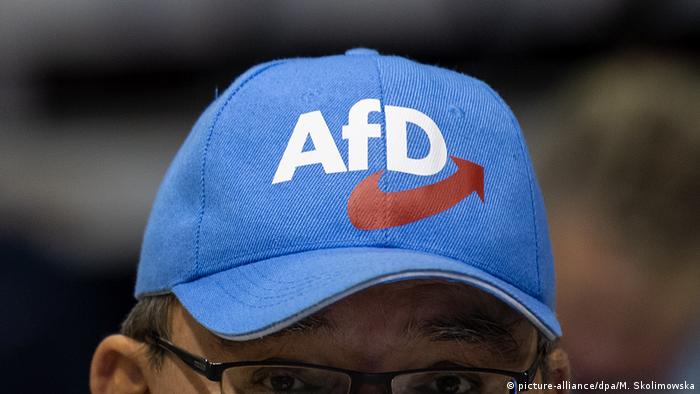 The far-right Alternative for Germany (AfD) called for the country to leave the euro and the dissolution of the European Parliament in its European election manifesto on Sunday. But party delegates decided to water down a proposal calling for Berlin to exit the European Union by 2024.

Hardliners at the convention in the eastern state of Saxony had pushed to include language calling for Berlin to leave the EU within the next five years if the bloc failed to enact reforms, a stance opposed by party leaders Alexander Gauland and Jörg Meuthen.

The final version of the manifesto passed on Sunday evening retained the threat of a "Dexit," but jettisoned any concrete timeframe.

While granting that the EU was "sick in the head and limbs," Gauland said that the party would need to consider the consequences of Germany's exit.

"Whoever toys with the idea of a Dexit, also needs to ask themsleves if this not a utopia and should we be more realistic," he said.

The party also slammed the "751 privileged members" of the current European legislature in their election manifesto, which is set to guide their campaign to join the body.

"We see nation-states as having the exclusive competence to make laws," the party said.

The AfD was founded in 2013 as a euroskeptic party intent on having Germany leave the euro currency. But it has since been taken over by anti-immigrant and Islamophobic members and has risen in popularity to become the largest opposition party in the Bundestag. 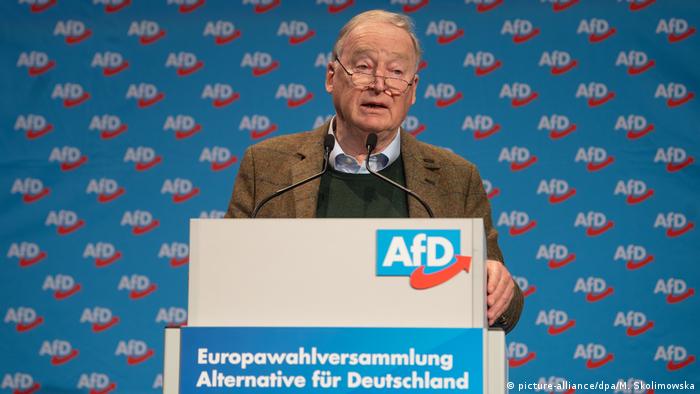 The nationalists were meeting in the city of Riesa, northwest of Dresden, to determine candidates and party positions for this year's European elections.

The German far-right party is ready to support a different European bloc, which would focus on economic cooperation and joint interests of European countries. Their manifesto also opposes the EU having a joint defense and foreign policy.

"We don't need to abolish the EU, but bring it back to its sensible core," said party co-chair Alexander Gauland, adding that other ethno-nationalist parties like Austria's Freedom Party (FPÖ) and Italy's Lega (League) were "partners" and would support them. Both of the far-right parties are part of the ruling coalitions in Vienna and Rome.

'We won't let our Europe be destroyed'

The idea of 'Dexit' was quickly slammed by several senior German politicians. Thomas Opperman, one of five vice-presidents of the German parliament, said that leaving the EU would be an "unmitigated disaster."

"The Dexit-perspective of the AfD is a whole lot of nonsense," he wrote. "The AfD wants to dissolve the EU parliament and — if that doesn't work out — leave the EU. It would be an unmitigated disaster for Germany: The EU is very beneficial for our country, ensuring peace, protecting democracy and freedom."

Alexander Lambsdorff, another Bundestag vice-president and a lawmaker of the business-friendly FDP, said that the AfD has lost all credibility by the move.

"The AfD wants to abolish the European Parliament — completely! But they still want to put forward candidates. For a parliament that you want to abolish?" he asked.

And EU lawmaker Sven Giegold, representing the German Green party, said that it did not matter "when" the AfD wanted to destroy the EU, as long as they did want to destroy it.

"Your terms of reform go so far that almost nothing of the present-day EU would survive it," he posted. "We won't let our Europe be destroyed!"

German MP Andre Poggenburg is leaving the far-right Alternative for Germany party. The Saxony-Anhalt lawmaker says he is founding his own new party. (11.01.2019)