German MP Andre Poggenburg is leaving the far-right Alternative for Germany party. The Saxony-Anhalt lawmaker says he is founding his own new party. 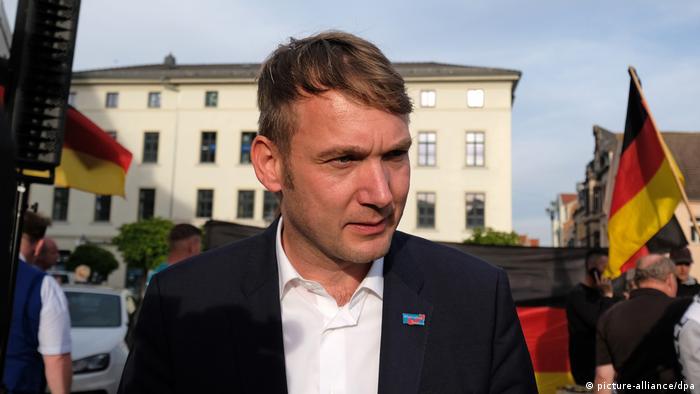 Andre Poggenburg, a member of Saxony-Anhalt's parliament and formerly the party's top politician in the eastern state, has announced he will leave the far-right Alternative for Germany party.

Last March, Poggenburg resigned from his leadership role in Saxony-Anhalt after a series of controversies regarding speeches, online comments and leaked WhatsApp messages.

Poggenburg's differences with the AfD party leadership in Berlin had "ultimately taken on an insurmountable scale, leading me to decide that I had to continue my political struggle for this country outside the AfD," Poggenburg told Die Welt.

Andre Poggenburg, the leader of Alternative for Germany in Saxony-Anhalt, has received an official warning from his party leadership. He was caught using far-right slogans in an AfD WhatsApp Chat leaked last week. (26.06.2017)