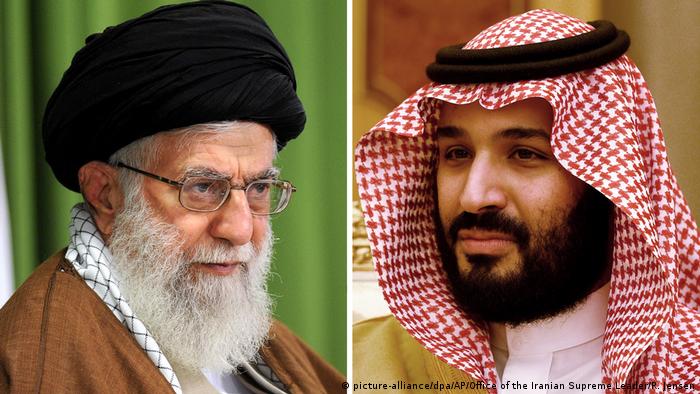 For four years, diplomatic contacts have been severely curtailed but now Iran and Saudi Arabia are speaking again. According to Britain's Financial Times, which first reported the events, senior representatives from both countries have been engaged in talks, behind closed doors, in the Iraqi capital, Baghdad.

Iraq has reportedly been mediating between the two adversaries, with some meetings taking place earlier this month. Neither Saudi Arabia nor Iran has officially acknowledged the talks. Lebanese newspaper Al Akhbar reported that the discussions which started in Baghdad will continue next week, citing Iranian sources.

Saudi Arabia cut diplomatic ties to Iran in 2016 after locals attacked the Saudi embassy in Tehran. However, for the past year both countries have been signaling that they might be willing to restore the relationship.

The two nations have plenty of reasons to be more amenable and it's not just about the change of leadership in the US White House that has seen Washington's priorities in the Middle East change.

Both Saudi Arabia and Iran are under enormous economic pressure. For instance, low global oil prices have played havoc with the Saudi government's debt. By the end of 2020, the desert kingdom's national debt amounted to approximately 33% of its gross domestic product. 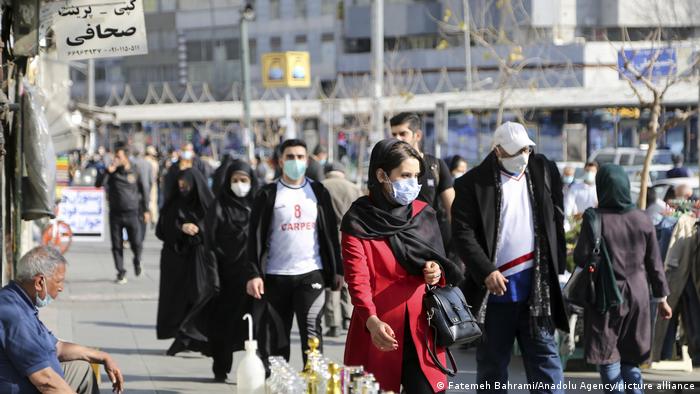 Iran is even worse off, after years of US sanctions against it and the fact it has been hit so hard by the COVID-19 pandemic. There, national debt amounted to over 40% of the country's gross domestic product in 2020. Many ordinary Iranians are impacted by this troubled economic situation and this too is putting enormous pressure on the government in Tehran.

Should talks between Iran and Saudi Arabia — generally considered enemies within the region because they represent the two main sects of Islam, Shia and Sunni, respectively — come to a more friendly conclusion, this new beginning could have a significant impact on numerous conflicts in the Middle East, in which they are both involved. An overview:

Iran and Saudi Arabia reacted very differently to the 2011 anti-government revolution in Syria, during the period known as the Arab Spring.

The Saudis already had a difficult relationship with Syria for years. Its leadership was opposed to the secular course taken by the country's previous dictator, Hafez al-Assad, and then by his son, Bashar. The Syrians had also opposed the invasion of Iraq by the US in 2003. The Americans are considered Saudi allies. For these and other reasons, the Saudis began to support the Syrian rebels with both weapons and money.

Meanwhile for Iran, Syria has been seen as an important part of its zone of influence and the so-called "Shiite Crescent," which stretches through the Shiite Muslim populations in various countries, from Iran through Iraq, Syria and Lebanon up to the Israeli border.

Additionally, even though he too emphasizes a secular Syria, the country's current ruler, Bashar al-Assad, belongs to a religious sect called the Alawites. This is nominally considered Shiite Muslim, too.

For all these reasons, Iran has supported the Syrian government against its revolutionaries up until now. Given that the dictatorial Assad regime currently has the upper hand in the country's civil war, this means Iran has plenty of opportunity to influence what happens there. Saudi Arabia, on the other hand, does not. 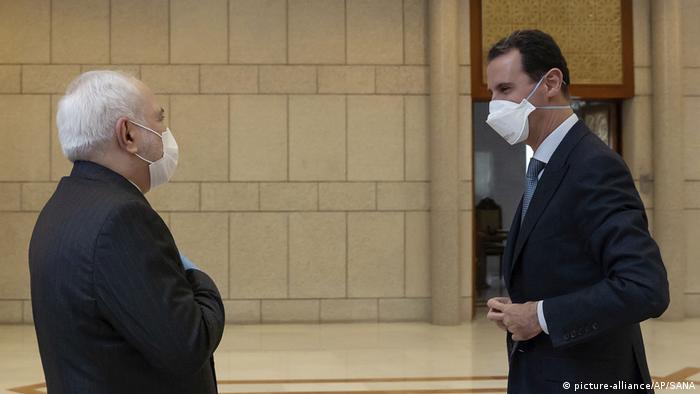 The two opponents are facing off across the devastating conflict in Yemen. Yemen is another country in which Iran is trying to increase its influence, through the support and manipulation of indigenous Shiite Muslim groups there. In Yemen, this means the Houthis, who currently control most of the north of the country.

Saudi Arabia says that the Houthis are supported largely by Iran. They themselves support the internationally-recognized government in Yemen. The Yemen conflict began in 2014, and since 2015, Saudi Arabia and a coalition consisting mainly of Sunni Muslim-led states has been involved, mostly via air attacks on Houthi-held areas.

The Saudi-led coalition bears substantial responsibility for the state in which Yemen's civilians now find themselves: 80% of the population — that is, more than 24 million people — are now dependent on humanitarian aid, according to the United Nations.

At the end of March, Saudi Arabia actually proposed a peace plan that could be the basis of a road map out of the conflict. It is thought the Saudis are trying to extract themselves from the damaging conflict.

Meanwhile, Iranian support for the Houthis continues and this week, the US special envoy on Yemen, Tim Lenderking, said that he had seen no evidence that Iran was also looking for a way out of the conflict. 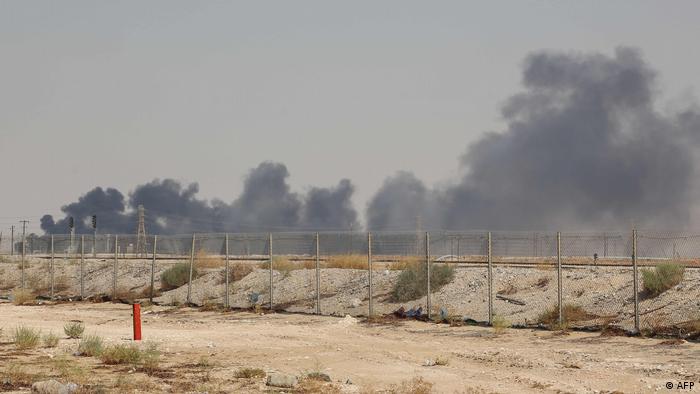 Iranian leaders have always said that the country's nuclear program has no military significance but just the fact that it exists at all has alarmed Iran's opponents. This includes Saudi Arabia, other Gulf Arab states and Israel. Iran has never managed to convince anybody that they are not building an atomic bomb. This may be because, at the same time, the country's rulers have continued to make threats against countries like Israel.

Saudi Arabia has said it reserves the right to seek its own atomic weapons if an Iranian nuclear bomb cannot be prevented. That is "definitely an option," Adel al-Jubeir, a senior Saudi foreign affairs official, told Germany's Deutsche Presse-Agentur news agency last November.

Around a week ago, Iran announced that it had started enriching its uranium supply to 60% purity. This is the highest percentage it has managed as yet, although it has been noted that it's not close to the 90% enrichment needed to build a nuclear weapon.

Talks about the renegotiation of the Iranian nuclear deal from 2015, from which former US president Donald Trump withdrew in 2018, look likely to restart soon. Yet the danger of an escalating nuclear arms race in the Middle East also remains.

Saudi Arabia and Iran take very different positions on Israel. This can be seen through the lens of the various normalization agreements between Israel and the likes recently of the United Arab Emirates and Bahrain. Settled in the summer of 2020, these agreements are supposed to establish more normal diplomatic and economic relationships between the signatories.

Saudi Arabia has yet to come to such an arrangement with Israel and is faced with a difficult dilemma. It is an important Muslim country, home to some of the holiest sites in Islam, such as Mecca and Medina. As such, its image may suffer if it becomes friendlier with the Jewish nation of Israel. On the other hand, there are plenty of signs that the leadership in Riyadh would actually quite like this.

These include apparent approval in Riyadh of the UAE's normalization of relations, the opening of Saudi airspace to Israeli planes and unverified reports of meetings between the Saudi and Israeli leadership.

Iran, on the other hand, is sticking to its traditional position of being strictly opposed to Israel.

"The UAE betrayed the world of Islam, the Arab nations, the region's countries and Palestine," Iran's spiritual leader, Ali Khamenei, said in a September 2020 speech after the UAE-Israel normalization agreement was announced.

In this way, Iran is trying to gain the support of any Arabs who are also opposed to normalization of ties with Israel.

The Shiite Muslim-majority nation also sees the increasing coordination between the Gulf Arab states and Israel as a military problem. For example, Israel could eventually deliver technology and weapons to those countries and these could ostensibly be used against Iran. 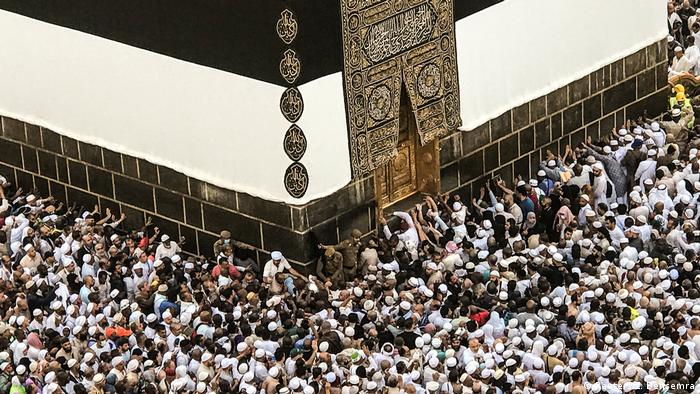 Cause for dispute: The Muslim pilgrimage known as the hajj, in Saudi Arabia

Both Saudi Arabia and Iran are considered religious leaders in the Islamic world. Saudi Arabia is seen as an authority on Sunni Islam and Iran, on Shiite Islam. In the past, analysts have compared the sectarian rivalry to the historical contest between Catholic Christians and Protestant Christians in Europe.

The religion's Prophet Mohammed was born in what is modern-day Saudi Arabia and the country boasts two of Islam's holiest sites, Mecca and Medina. These draw millions of pilgrims from right around the Middle East every year, both Shiite and Sunni.

Iran's city of Qom is seen as one of the prime centers of Shiite theology. However, it has stiff competition from the cities of Najaf and Karbala in neighboring Iraq. The latter locations also usually see millions of pilgrims visiting every year, many of them Iranians.

Such religiously-motivated travel has caused tensions between Saudi Arabia and Iran in the past. In 2015, over 700 people were killed in Mecca, in Saudi Arabia, when two large groups collided during a ritual. Iranian leaders criticized Saudi Arabian management of the holy site and forbade Iranian pilgrims to travel there the following year.

It was only 2017 when the boycott was lifted and Iranian pilgrims could once again undertake "the hajj," considered by many Muslims to be the holiest rite in a believer's lifetime.

This article was adapted from German by Cathrin Schaer.

Over a third of the global weapons sold worldwide during the past five years came from the United States. About half of US arms transfers went to the Middle East.

Israel has said it attacked Syrian targets in retaliation to a missile that fell near the Dimona nuclear reactor. The reports came as tensions between Israel and Iran have been heightened.

The Yemeni civil war has created one of the world's worst humanitarian crises. The Houthi-backed foreign minister Hisham Sharaf tells DW his "government" will not stop fighting until the Saudi-led coalition withdraws.

The US has hinted at sanctions relief for Iran, though it conceded a conclusion to the nuclear deal talks is a long way off. Joe Biden will find stiff Republican opposition should he wish to offer Tehran respite.