Israel has said it attacked Syrian targets in retaliation to a missile that fell near the Dimona nuclear reactor. The reports came as tensions between Israel and Iran have been heightened. 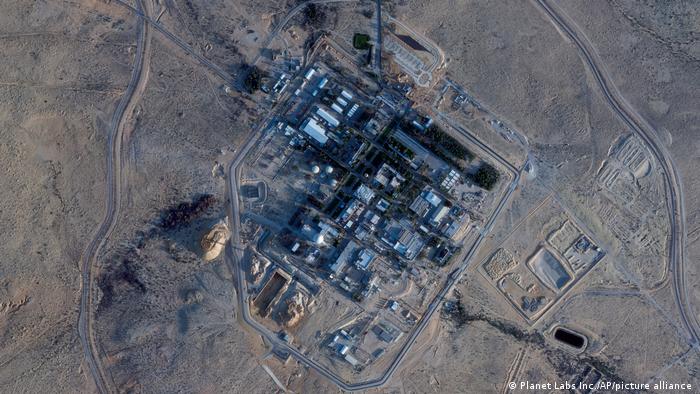 Israel said the nuclear reactor was not affected

A Syrian anti-aircraft missile landed in southern Israel, the Israeli military said early Thursday. In response it launched an air strike at the battery that launched the missile and other surface-to-air batteries in neighboring Syria.

It marked one of the most serious incidents of violence between Israel and Syria in years. However, Israeli media later described the Syrian missile as an "errant'' projectile, not a deliberate attack deep inside Israel.

Which targets were attacked?

Earlier, air raid sirens were heard in Israel's Dimona town, which has a nuclear reactor, indicating a possible incoming attack. National media also reported loud sirens in central Israel. The reports came as tensions between Israel and Iran have worsened.

A spokesperson for the Israel military said a surface-to-air missile exploded in southern Israel, but no damages or injuries were reported. The missile was an SA-5, and did not hit the reactor.

Tensions between Israel and Iran

The air raid sirens were sounded in Abu Krinat, a village just a few kilometers from Dimona, the Negev desert town where Israel's nuclear reactor is located. The secretive Dimona nuclear facility is widely believed to be the centerpiece of an undeclared nuclear weapons program.

Iran has blamed Israel for a series of incidents targeting its nuclear program. Israel has opposed US efforts to revive the nuclear deal. Iran maintains its nuclear program is for peaceful purposes only, and has called for international scrutiny on the Dimona reactor.

Last week, Iran's Kayhan newspaper published an opinion piece by Iranian analyst Sadollah Zarei suggesting Israel's Dimona facility be targeted after the attack on Natanz. Zarei cited the idea of "an eye for an eye" in his remarks.

Action should be taken "against the nuclear facility in Dimona," he said. "This is because no other action is at the same level as the Natanz incident," he added.

While the Kayhan newspaper is not that widely circulated, editor-in-chief, Hossein Shariatmadari, was appointed by Supreme Leader Ayatollah Ali Khamenei and has been described as an adviser to him in the past.

The Biden administration will provide $235 million in aid, restoring funds cut by former President Trump. The US move upset the Israeli government.