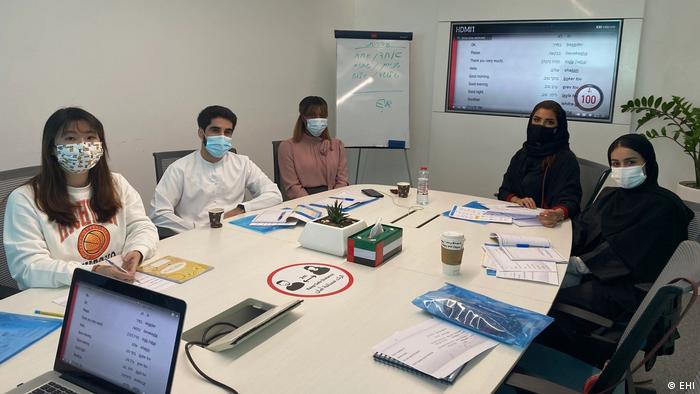 Hebrew language courses are experiencing a boom in Gulf states

Curiosity, that's why May al-Badi wanted to learn Hebrew. "Wanting to know more about something we don't have here," says the young Emirati woman who lives in Dubai. Until recently, the United Arab Emirates (UAE) had no formal ties with Israel. "I've been fascinated by the language since I made Jewish friends in the United States."

But the main reason she is finally starting an online course is her Jewish friends she'd met in Dubai; expats who invited her to eat with them in their homes for the Shabbat, the start of the Jewish weekend on Friday night.

That was a year ago, after the Emirates officially declared 2019 its Year of Tolerance. This led to the small Jewish expat community in the UAE coming out into the open with plans to build a synagogue. Since the UAE signed the Abraham Accords [Normalization agreements - the ed.] with Israel last September, thousands of Israeli businesspeople and tourists have flocked to Dubai. Hotels have adapted to their specific needs, offering kosher food but also pre-Shabbat meals for as many as 200 people at a time.

At around the same time, the demand for Hebrew courses went through the roof, says director Josh Samet of the Educational Hebrew Institute (EHI) in Dubai and Abu Dhabi. "I couldn't believe it," he says on the phone from Dubai. "I was mainly teaching government ministers and expats, and suddenly there was this huge demand." 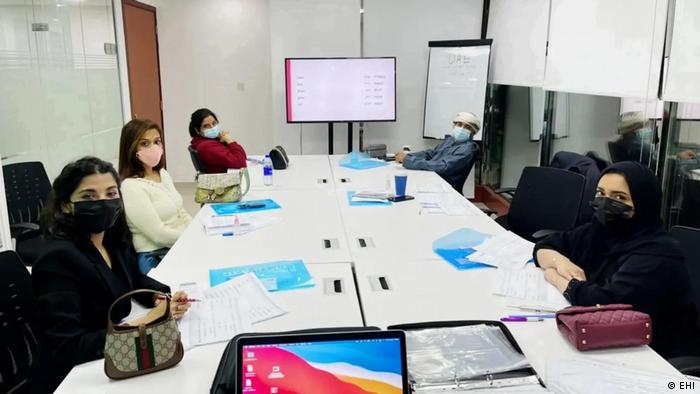 Demand for Hebrew goes through the roof

His institute now has a few hundred students, mostly beginners and some intermediate. They come from all walks of life, ranging from students who want to go and study in Israel to businesspeople, church ministers, doctors, lawyers, tour guides, and even members of the royal family, Samet says.

"And now, the students are from every nationality. Before, it was mainly Chinese and Korean businessmen." He offers online courses and Zoom classes with teachers in Israel, but also classes at the institute and in corporate or government offices. Of course, everything has been adapted to be in line with COVID-19 regulations, adding that, "some people still prefer to work face-to-face." 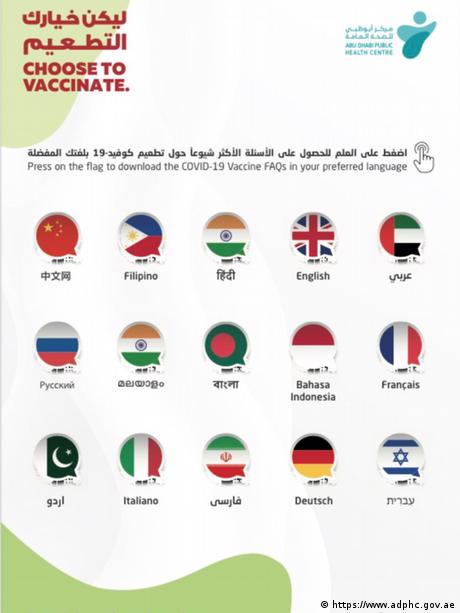 The demand stems from the business opportunities the Accords have opened up with Israel, as well as by the huge number of Israelis who are expected to visit the UAE. Recently, Samet's institute was even asked by the authorities in Abu Dhabi to provide a Hebrew translation of a handout about the COVID-19 vaccine. In Bahrain, which signed the Accords at the same time as the UAE last year, he is active with online content.

At the same time, Samet also sees a growing demand for online courses from Gulf States that have not yet signed a peace agreement with Israel — like Saudi Arabia. For the past 80 years, since the founding of the State of Israel in 1948, everything relating to Israel and Judaism has been taboo in most of the Arab world.

Hebrew as a business magnet

For some, learning Hebrew will simply mean being able to speak a couple of words to attract customers. Jewish visitors as well as expats have related how they are greeted and addressed in Hebrew on the street in Dubai.

For instance, Rabbi Chaim Danzinger of Rostov in southern Russia, described on LinkedIn how a young Afghani shopkeeper yelled at him in Hebrew: "Chaver, ma nishma," meaning: "My friend, how are you?"

As a result, he entered the store selling local garb for a chat. The shopkeeper even knew about the upcoming Jewish holiday Purim and sold Arab clothes to him and his two sons for the occasion. "Wear it in solidarity and in celebration of the peace treaty between the UAE and Israel," the shopkeeper told his visitor. 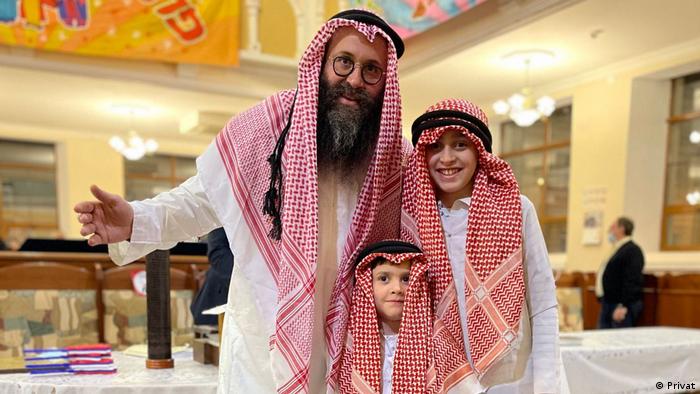 A warm welcome for Israelis

In December, some 60,000 Israelis flew to the UAE, but the flow has stopped since then due to lockdown measures. Although experiences with Israeli visitors have been mostly positive, some Jewish expats admit to being apprehensive about the impression left by those who misbehave. Most Emiratis are still quite conservative; alcohol is tolerated, though not on the streets, and drunken behavior is not accepted. Some rowdy visitors from Israel have already ended up in jail, and there is talk of making every visitor sign a promise to adhere to local customs and standards before entering the country.

Yet none of this should be classed as antisemitism, expats say. Many say they find the atmosphere in the UAE far friendlier in that sense than in many places in the West. And where in the West would the locals take the trouble to learn their language?

For most Arabic speakers, Hebrew is not too hard to learn, as both are Semitic languages and many words and grammar rules are similar. Some Emiratis are already fluent in Hebrew, says Stephany Miller, a private teacher in Abu Dhabi who has been teaching Hebrew for years both there and in the US. As new clients tend to come to her via word-of-mouth recommendations, she has not experienced the huge rise in demand that Josh Samet reports, though she has seen some growth. "Even Jewish expats want to learn the language now, and some Christians."

Getting to know the culture

Her impression is that many Emiratis have started lessons primarily in the hope of extending their network. They want to get to know people in the right places to do business, which is why they prefer Israeli institutes like EHI to private teachers like herself. At the same time, she predicts that universities in the Gulf will soon also be offering Hebrew.

In Bahrain, Asma Alatwi, the Gulf state's first graduate in Hebrew Literature and Language (she studied in Cairo), has set up the Shemot Academy for the same reason. She will soon be offering online courses through smartphone apps. As part of her program, Alatwi offers specific courses with expert instructors for business, tourism and diplomacy.

For May al-Badi, her knowledge of Hebrew has progressed to the point where she can read some of the religious texts during services she attends with her Jewish friends. Not only on Shabbat, but also Jewish holidays like Yom Kippur, Purim and Passover. "I read the book with them, and it is possible for me to understand. Biblical Hebrew is a little bit difficult, but it is good practice."

She is happy that learning the language has also indirectly added to her knowledge of Jewish culture. "I'm a foody. I like that there is food for every holiday in the Jewish tradition," she says. "Like my father did for me, I want my children to be culturally aware. I am happy that they already know a lot about Jewish culture."

Kenya election 2022: What you need to know