UAE′s tourism sector gets a shot in the arm as Israelis flock to Dubai | Middle East | News and analysis of events in the Arab world | DW | 14.01.2021

Despite COVID-19, up to 50,000 Israelis have been flying to Dubai since last November. The UAE is adapting to the new clientele as mutual business interests start to take off. 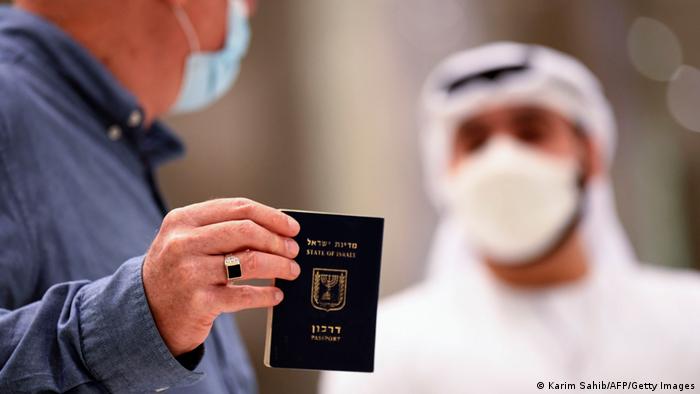 Israelis, at least those who can afford it, have been flocking to Dubai

If there was any way that Dubai could be become even more international than it used to be, it did so following the Abraham Accords peace agreement last August.

On November 26, the first commercial flight took Israelis officially for the first time to this business-cum-holiday destination across the Arabian desert. Since then, in less than eight weeks, more than 50,000 Israelis have made the three-and-a-half-hour flight to Dubai and four airlines now cater for 15 direct flights a day.

The UAE is no longer home to a quiet and small Jewish group, but to a vibrant community of locals and travelers that flock to just opened kosher restaurants, celebrate large Jewish weddings in elegant hotels or, during the Jewish holiday Chanuka last December, sang Hebrew songs at a giant candelabra (menorah) on the square of the world's highest building, the 163-story Burj Khalifa. 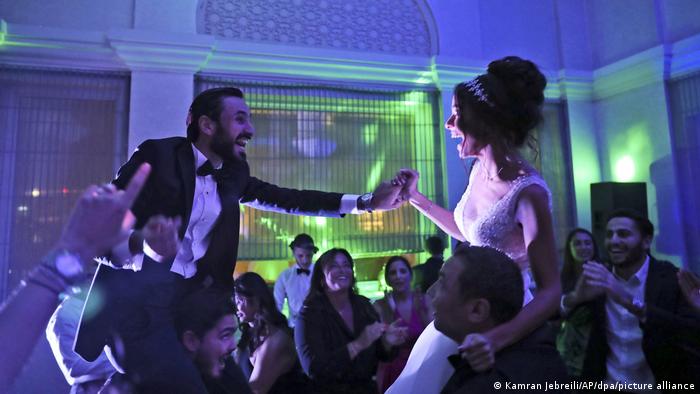 Jewish cultural life is picking up in Dubai

Israel was under strict lockdown for most of 2020 which prompted financially well-off secular and religious Jews alike to enthusiastically embrace the Gulf state for its open restaurants, tourist attractions and shopping malls.

What also helps is that there is no visa hassle. "In addition to this, up until two weeks ago, the UAE, the Seychelles and Rwanda were the only three countries without quarantine requirements for Israelis," says Adam Cohen, spokesperson of the Israeli Health Minister Yuli Edelstein.

However, following a number of cases of COVID-19-infected Israelis who had to stay in their hotel rooms in Dubai and having to send up to 250 people into quarantine upon return, Israel has now hissed the red flag. To avoid singling out one country, Israel now requires quarantine for returning Israeli travelers from international destinations in general. And as the Israeli Airport Authority is not allowing foreigners to the country during lockdown, the holiday vibes are one-way only at the moment.

So far, only a few Emirati nationals reported that they had traveled to Israel for business purposes last fall. In comparison, Dubai's airport authority requires negative PCR tests from all passengers, as well as downloading and registering on an official app and completing a health declaration. 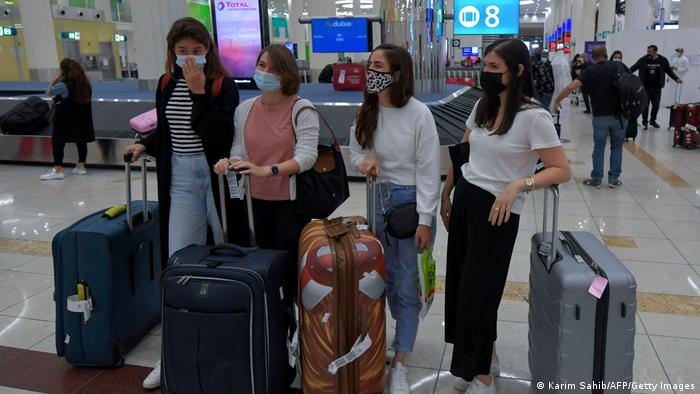 Jewish impact on the Muslim region

The growing number of new tourists and business-oriented visitors from Israel has an impact on Dubai as well. A popular caterer has converted its service to a kosher kitchen within a few weeks, while the Jewish community center has just signed a contract with Abu Dhabi tourism officials to train and certify hotel kitchens as kosher-compliant.

Consequently, the country is not only adjusting to temporary visitors but also to the tradition of brand-new traditional religious baths (mikhva). A Jewish school is also under construction and Dubai's local rabbi Levi Duchman has become somewhat of a celebrity.

Israelis are given instructions on how to behave at their holiday destination as kissing in public, cutting lines or shouting is not only considered impolite but inappropriate. Swearing, insulting or harassing anyone in Dubai is punished with jail or deportation. Still, these regulations are part of what makes Israelis feel safe in Dubai, along with one of the world's highest number of CCTV cameras and the world's lowest crime rates. Israeli-UAE business ties are taking off

It didn't take long for businesses, beyond the tourism sector, to find common ground. While IT and engineering are major industries in both countries, the diamond trade could also enjoy a sparkling future. The Dubai Diamond Exchange signed an agreement with the Israel Diamond Exchange less than a month after the peace agreement and has already opened a representative office next to Israel's diamond trade center, the "bursa," in Ramat Gan near Tel Aviv.

Another premiere took place in early December last year with a joint concert at the Dubai Opera. Italian tenor Andrea Bocelli was invited as singer. The Israeli music producer and musician Idan Raichel also contributed to this "growing momentum of peace," as the Emirati Ministry of Tourism put it. The concert's title was "A Celebration of Peace" — a fitting musical theme of the Abraham Accords.