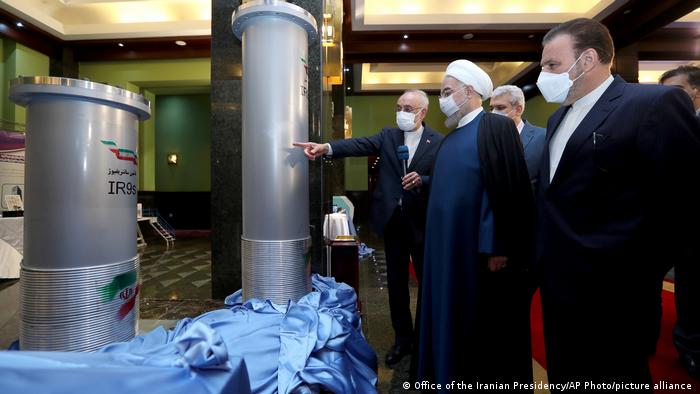 Iran's Foreign Ministry on Monday said Israel was responsible for a power failure at the Natanz nuclear complex south of Tehran on Sunday.

Iranian Foreign Minister Mohammed Javad Zarid said Monday that Israel sabotaged the facility because of "progress" in talks between Tehran and world powers to lift sanctions.

Foreign Ministry spokesman Saeed Khatibzadeh later said at a press conference that Israel was taking "revenge on the people of Iran for their patience and wise attitude regarding the lifting of sanctions."

"If the purpose was to interrupt the path of lifting the oppressive sanctions against Iran, they will certainly not reach their goal," Khatibzadeh said.

Last week, US and European officials said a first round of talks aimed at reviving the nuclear deal were "constructive." 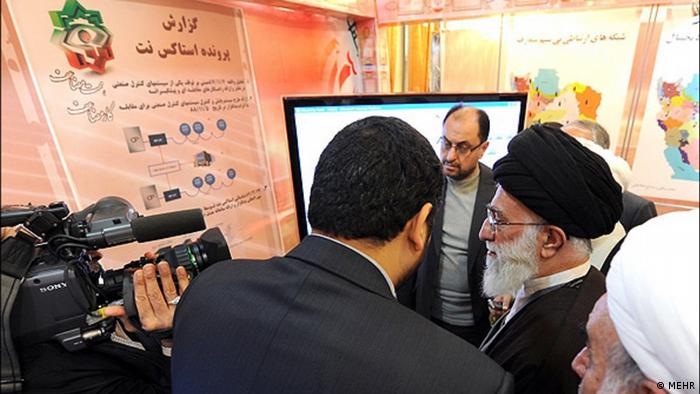 Iran's enrichment program was struck a heavy blow in 2010, when its centrifuges were struck by the stuxnet cyberattack.

What do we know about the incident?

Khatibzadeh told journalists Monday that IR-1 centrifuges, part of Iran's first-generation uranium enrichment capability, had been damaged in the attack.

However, he did not elaborate on details, and state media has not shown images of the facility.

On Sunday, the incident was described as a blackout caused by failure of an electrical grid feeding above-ground workshops and underground enrichment halls. No injuries or contamination were reported.

The Iranian website Nournews quoted intelligence sources on Monday, saying the person responsible for the incident had been identified and "necessary measures" were being taken to arrest the person. The website gave no further details.

Israel has been implicated in past incidents targeting Iranian nuclear infrastructure. In 2010 the CIA and the Mossad are alleged to have used a computer virus that disrupted Iran's nuclear program.

In November 2020, Iran's top nuclear scientist Mohsen Fakhrizadeh was killed by machine gun fire while traveling on a highway outside Tehran.

Iran's Revolutionary Guards said a satellite-controlled gun with "artificial intelligence" was used in the attack, which Tehran blamed on Israel.

What is Israel's stance?

On Sunday, Israel said it would cooperate with US policy on Iran. However, Israeli Defense Minister Benny Gantz said any deal with Tehran cannot compromise Israeli security, adding that Iran is a "strategic threat" to international security.

The Israeli government has not yet directly commented on the incident at Natanz. However, reports in several Israeli media outlets quoted unnamed intelligence officials in saying Israel's national intelligence agency, Mossad, was responsible.

Amichai Stein, an Israeli public broadcast journalist, wrote on Twitter — without providing any evidence — that the power shutdown at Natanz was the "result of an Israeli cyber operation."

Just hours after the incident, Israeli army chief Aviv Kochavi said the Israel's "operations throughout the Middle East are not hidden from the eyes of the enemies."

"They are watching us, seeing the capabilities and carefully considering their steps," he said.

Israeli Prime Minister Benjamin Netanyahu said on Sunday that "the struggle against Iran and its proxies and the Iranian armament efforts is a huge mission."

What are International reactions?

Ahead of talks in Vienna on Tuesday the European Union warned against attempts to derail the situation. "We reject any attempts to undermine or weaken diplomatic efforts on the nuclear agreement," EU spokesman Peter Stano said, insisting "we still need to clarify the facts."

German foreign minister Heiko Maas hit the same notch: "What we are hearing currently out of Tehran is not a positive contribution, particularly the development in Natanz,"

At the same time, he noted that the incident will take on a "particular meaning" and could give clues to what extent what is discussed in Vienna would then be implemented by Tehran.

Delegations from Washington and Tehran are participating, although direct contact is not on the table. The US has cautioned against high expectations.