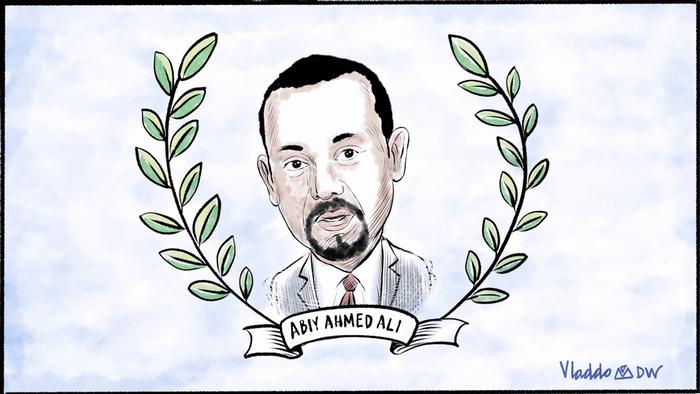 In awarding  the 2019 Nobel Peace Prize, the Norwegian Nobel Committee on Friday hailed Abiy "for his decisive initiative to resolve the border conflict with neighboring Eritrea." More generally, he was chosen from a list of 301 nominations for his "efforts to achieve peace and international cooperation," the committee said.

"I am so humbled and thrilled... Thank you very much," Abiy told Olav Njolstad, the secretary of the Norwegian Nobel Committee, on the phone. "It is a prize given to Africa, given to Ethiopia, and I can imagine how the rest of Africa's leaders will take it positively to work on peace building process in our continent."

The award is worth almost a million dollars.

In the weeks after he took office, Abiy freed hundreds of political prisoners and activists, and unbanned political parties countrywide. He reestablished diplomatic relations with Eritrea in July 2018, ending 20 years of war.

Since April 2018, the borders between Ethiopia's nine ethnic federal states have been the scene of multiple deadly clashes. Some 2.9 million have fled their homes to escape the violence – making Ethiopia the country with the highest number of internally displaced people.

Abiy has positioned himself as an open and reform-oriented leader. He is feted internationally as a source of hope for peace in the Horn of Africa. The chair of the Nobel Committee, Berit Reiss-Andersen, says it is hoped that the prize will strengthen Abiy "in his important work for peace and reconciliation." 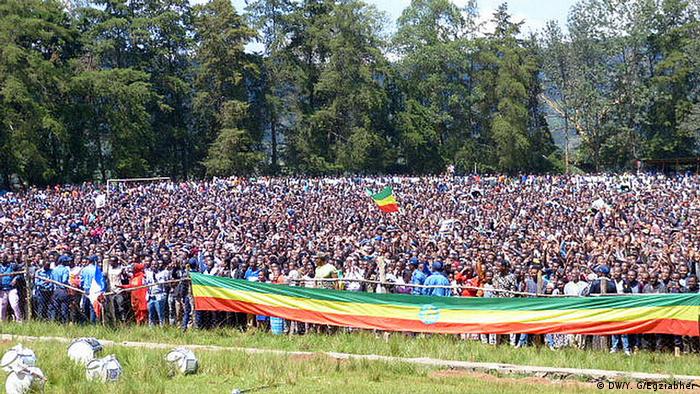 Mass protests spearheaded by the Oromo ethnic group, of which Abiy is a member, forced his predecessor to resign

Ethiopians are strongly divided over their prime minister as a Nobel Peace Prize laureate. "It's difficult to say that he deserve or doesn't deserve [the prize], as an Ethiopian," Abebe Aynete, the peace and analyst, told DW. "The devil is in the details."

"At a face value, he deserves it because he attempted to make peace between Ethiopia and Eritrea. But in the details, everything is not what we expected. At a grassroots level there are a lot of things to be done," Aynete says.

The current inter-ethnic violence is an unintended consequence of Abiy's reforms. For many it is also his biggest failure.

"There are different constituencies within Ethiopia and some will be celebrating this award for the prime minister as an award for Ethiopia," said Ahmed Soliman, a Horn of Africa researcher at the London-based think tank Chatham House."Others with a narrower view think this isn't deserved at the right time given the eruptions in the region, the continuation of intercommunal violence in large parts of Ethiopia." 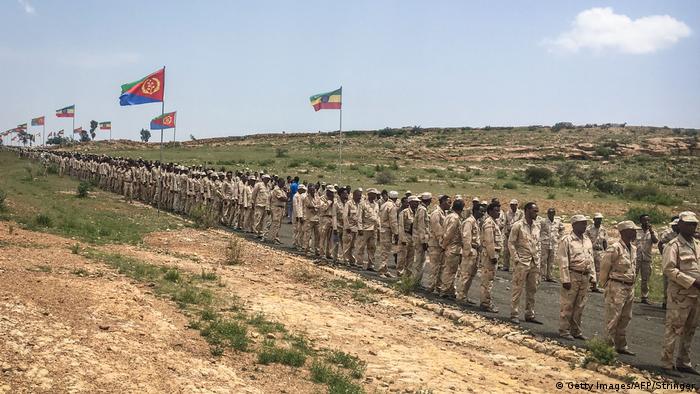 The Abiy government's response to the ethnic violence and the mass displacement of people has been described as sluggish. Soliman thinks that what the prime minister needs is strong backing.

"Ethiopia's challenges are far more than one person can tackle alone," said Soliman. "There is a hundred million people in the country with many groups who have different interests."

According to Soliman, Abiy should implement and institutionalize the reform process relying on non-state actors, civil society and others. "It could help the transition process," he added.

The precariousness of Ethiopia's political landscape was evident on June 23, 2019, when attacks that authorities described as an attempted coup in the northern Amhara Region claimed several lives.

These included Amhara governor Ambachew Mekonnen, his top adviser and the state’s attorney general, who were shot at a meeting in the state capital of Bahir Dar.

A few hours later in the capital Addis Ababa, Ethiopia's army chief, General Seare Mekonnen, was shot dead by his body guard in a killing that the government says was linked to the Amhara assassinations.

Authorities subsequently arrested hundreds of people suspected of supporting those responsible for the attacks.

Simmering ethnic strife in Ethiopia has reached the Ethiopian Orthodox Church. Nationalists of the biggest ethnic group, the Oromo, are threatening to split the church. Developments are bound to further undermine unity. (04.09.2019)

The Norwegian Nobel committee won't strip the Ethiopian prime minister of his Nobel Peace Prize, but it did say he bears a "special responsibility" to end the war and humanitarian crisis in his country's Tigray region.

Prime Minister Abiy Ahmed, who has gone from Nobel Peace Prize laureate to a leader caught up in a domestic conflict in the space of two years, pledged victory but also asked the public to take up arms.