Ethiopia's army chief has been killed amid a coup attempt in the African country. The prime minister's office said General Asamnew Tsige, head of security for the autonomous Amhara state, tried to topple the government. 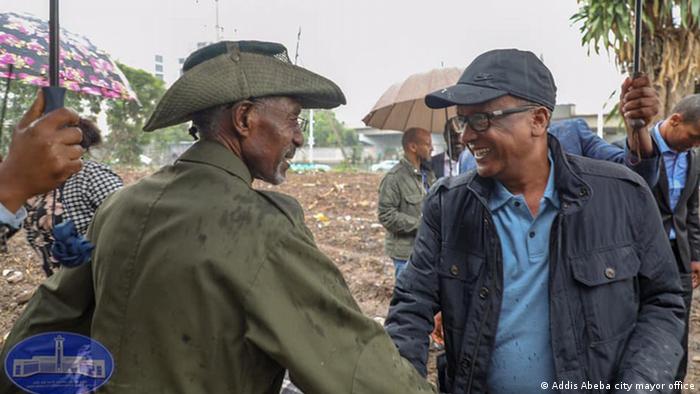 In his TV address, Ahmed announced the government had put down a coup attempt in Amhara state in the country's north during which parts of the army attacked a meeting by state officials. State president Ambachew Mekonnen and his adviser were "gravely injured in the attack and later died of their wounds," government spokesperson Billene Seyoum said. The regional attorney general had been seriously wounded.

Hours after the attacks, mourners gathered at the houses of the killed officials. "I am so worried, I want Ethiopia to be an ambassador of peace and democracy but this kind of event shows that we are heading to anarchy," one mourner at Seare Mekonnen's house said.

A spokesperson for UN Secretary General Antonio Guterres said Guterres was "deeply concerned" about the violence. The UN chief called "on all Ethiopian stakeholders to demonstrate restraint, prevent  violence and avoid any action that could undermine the peace and stability of Ethiopia."

Read more: Is Abiy's reform drive running out of steam?

According to the government, the botched coup was led by a very high-ranking regional military official and others within the country's military. Seyoum said the coup attempt was orchestrated by General Asamnew Tsige, the region's head of security.

Foreign Minister Gedu Andargachew broke off an official visit to Frankfurt on Saturday, because of the crisis at home, and returned to Addis Ababa.

"The coup attempt in Amhara regional state is against the constitution and is intended to scupper the hard-won peace of the region," the government said in a statement. "This illegal attempt should be condemned by all Ethiopians and the federal government has full capacity to overpower this armed group."

DW correspondent Alemnew Mekonnen, who is in the region's capital, Bahir Dar, where the attempted coup took place, has reported a high security presence in and around the city. Internet services continue to be disrupted.

Describing the circumstances of Abachew Mekonnen and Seare's death, government spokesperson Billene said the to incidents seemed like a "coordinated attack." .

Early Sunday, Brigadier General Tefera Mamo, the head of special forces in Amhara, said on TV: "Most of the people who attempted the coup have been arrested, although there are a few still at large."

"The failed coup in Amhara is the culmination of many months of ethnic and political strife," said Ludger Schadomsky, head of DW's Ethiopia language service. "Following hot on the heels of the recent postponement of a national census, which called into question the government's ability to hold elections in May 2020, this latest crisis puts a serious damper on Prime Minister Ahmed's reform agenda."

Residents in Bahir Dar, reported hearing gunshots in the city on Saturday. The US Embassy also issued alerts about gunfire in the country's capital, Addis Ababa, and violence around Bahir Dar.

Internet and media access has reportedly been limited across the country. Internet and cybersecurity monitor group NetBlocks reported nationwide internet access was at 2% of normal levels.

Ahmed has since implemented economic reforms, opened up the political sphere and prosecuted officials accused of human rights abuses. He has also established relations with neighboring Eritrea.

However, ethnic tensions that were kept in check by the iron rule of past leaders has lead to deadly violence.

After over 30 years of conflict, Ethiopia has secured a peace agreement with the separatist ONLF group. The deal opens up a political path for ONLF to push for the rights of ethnic Somalis in eastern Ethiopia. (22.10.2018)