Ethiopia's Prime Minister Abiy Ahmed has introduced dramatic reforms since assuming power more than nine months ago. But as ethnic clashes flare, the changes may not be enough to stabilize the nation. 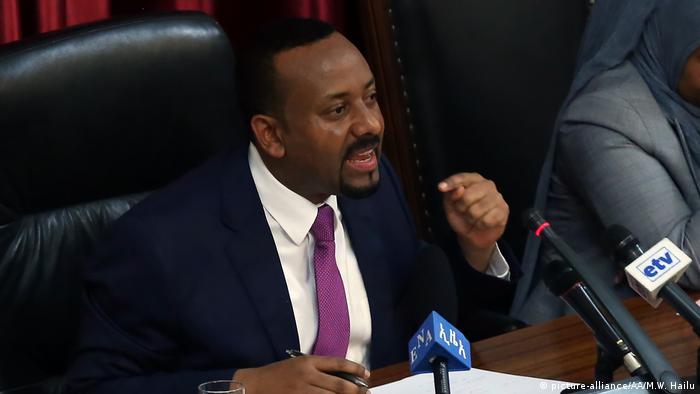 With more than 80 nationalities and ethnic groups, Ethiopia's political landscape is dominated by tribal allegiances. Paradoxically, since Abiy came to power in April 2018 and ushered in reforms, the opening up of the political space and loosening of state controls have reignited long-simmering ethnic conflicts.

In Ethiopia's south, unresolved grievances between the Oromo, the largest ethnic group in the country, and ethnic Somalis over land and borders has caused a conflict there to flare up again. The explosion in violence has claimed several dozen lives and displaced hundreds of thousands of people.

In the west of the country, dozens have been killed in clashes between armed groups and the army in recent months. After decades of exile in Eritrea, several opposition leaders were invited back to Ethiopia in 2018 as part of Abiy's political opening. The government says it is cracking down on some of these groups for failing to lay down their arms and assaulting military and civilian targets.

The ongoing violence and insecurity have resulted in increasing criticism of the government for failing to protect civilians. 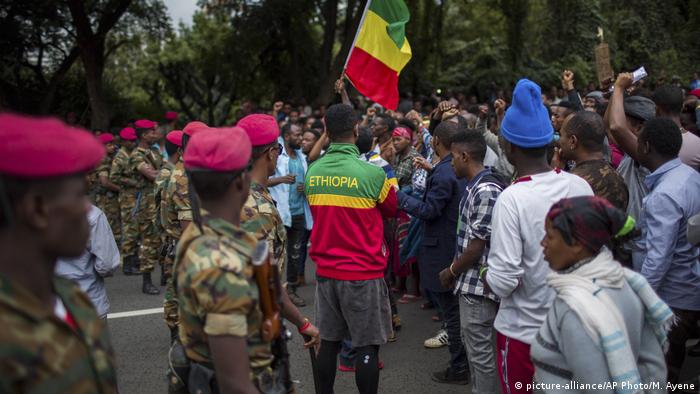 In September, several thousand Ethiopians took to the streets to protest ethnic-based attacks

Speaking before Parliament on Tuesday, General Berhanu Jula, National Defense Force deputy chief of staff, said the army was "disarming" the groups and others were "handing themselves over." He said the army would bring the situation back to normal within two weeks.

In line with the general's tough tone, Abiy has warned opposition groups against taking up arms against the government.

"The era of asserting dominance through the barrel of a gun is over," Abiy said during a speech at a teachers' conference on Saturday. He also said that his administration's "current practice of democratic tolerance should not be understood as a weak government."

Referring directly to the violence in Ethiopia's west, Abiy said the Oromo Liberation Front (OLF) – one of the armed groups who returned as part of the government's amnesty – hadn't been invited back to make Wollega province a war zone.

The question some Ethiopians are asking is: If Abiy's "democratic tolerance" dries out, will he return to the strongman tactics of the country's past?

At Saturday's teacher conference, Prime Minister Abiy warned that the "Ethiopian government … if jabbed, it can quickly issue proclamations to detain and arrest."

"In a country with weak institutions and an authoritarian political culture, there is also the ever-present risk that Abiy might exploit the system's vulnerabilities," Tom Gardner wrote in an article for Foreign Policy.

In November, Gardner points out, a number of top military and intelligence officials – many from the ethnic Tigran community – were arrested on charges of corruption and human rights abuses.

"Few doubt that many of the accused are guilty," he wrote. "But the trial-by-media that accompanied the arrests … gave the affair the whiff of a witch hunt." 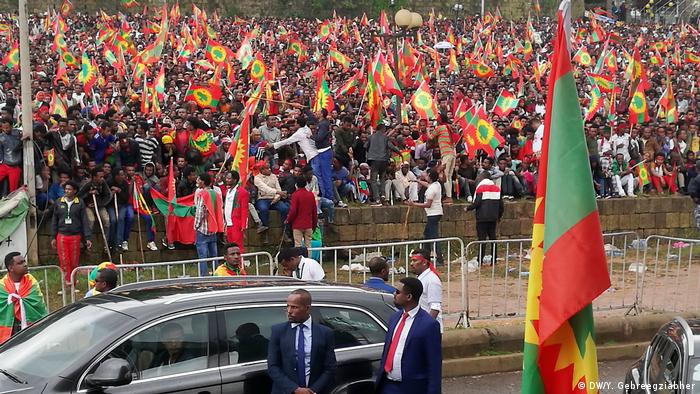 In a statement released on Monday, the OLF accused the government of breaching a ceasefire agreement and waging a smear and propaganda campaign against its leaders.

Merera Gudina, chairman of the multiethnic party Medrek, told DW that a return to dictatorship was one of his "biggest fears" for Ethiopia.

"There is a possibility that it could happen if the undergoing reform takes a step back rather than going forward," said Merera, a former political science professor at Addis Ababa University.

"Both opposition and ruling parties should take great precautions not to take this reform back. They need to work on taking the change forward."

However, Jason Mosley, Horn of Africa researcher at the African Studies Center of Oxford University, believes Abiy will continue to move the Ethiopian People's Revolutionary Democratic Front (EPRDF) in a democratic direction.

"The EPRDF is not the EPRDF of 2012, not even the EPRDF of 2017 anymore," said Mosley, referring to a time in which Ethiopia's ruling party was one of the most autocratic in Africa. "So I don't think they have the capacity to go that direction."

"If we are going to get from what is going on right now to that [dictatorship], I think there will have to be some kind of collapse in the democratic order or some other rupture between here and a new authoritarian landscape."

Tensions between the neighboring ethnic groups in Ethiopia have spiraled into a growing humanitarian crisis. Although the conflict is based on traditional grievances, sweeping government reforms may also play a role. (11.08.2018)