Abiy Ahmed came to power a year ago in a country on the brink of collapse. Hailed as a great reformer by his supporters, Abiy's critics say he is not acting fast enough to turn the tide. 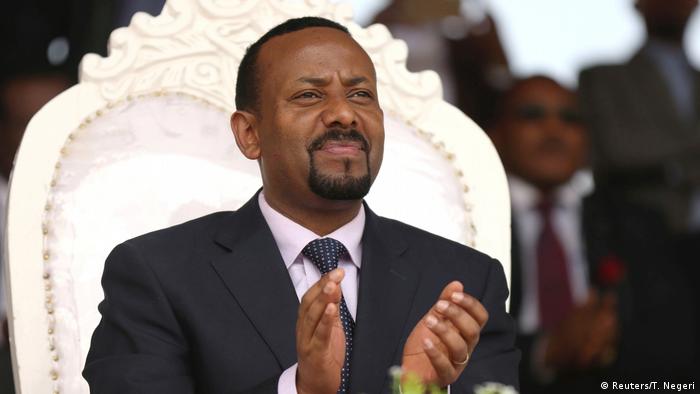 Prime Minister Abiy Ahmed came to power at a time when unrest had engulfed the country for about four years. Two states of emergency had done little to restore stability.

In 2014, a plan to expand the boundaries of Addis Ababa – the national capital located in Oromia Region – provoked anger among Oromo communities who saw it as an attempt at 'illegal expansion.' Street protests spread to other regions and broadened to unrest. Security forces used excessive force.

Oromia is one Ethiopia's of nine ethnically-based regional states. The Oromo, one of the country's largest ethnic groups, feel "historically marginalized."

After meeting in closed session for 17 days, the ruling Ethiopian People's Revolutionary Democratic Front (EPRDF) promised to find solutions to the public grievances.

On February 15, 2018, Prime Minister Hailemariam Desalegn resigned unexpectedly, leaving the top position vacant. Just over a month later, the EPRDF met to select a chairman for the party, who would then traditionally become head of government. After seven days of deliberations, the party council elected Abiy Ahmed as party chairman. On April 2, 2018, parliament approved him becoming Africa's youngest leader at 42. Abiy is also the first ethnic Oromo to lead the country.

Abiy 'cannot do it by himself'

In his inaugural speech, Abiy pledged to reform the judicial and political systems. He won widespread praise with his decision to release hundreds of political prisoners, journalists and activists, as well as for inviting back opposition political parties from abroad. His opening up of the political and media space of the country cabinet – split evenly along gender lines – was also hailed as progressive.

Kjetil Tronvoll, a professor of peace and conflict studies at Bjørknes University College in Oslo, said Abiy "disconnected the authoritarian state and invited a plurality of opinion to surface."

Newspapers and magazines that carry opinions are now widely available on the streets of Addis Ababa. The electronic media is mushrooming as a forum for dialogue and politicians openly and freely organize themselves. For more than two decades, that had not been the case. 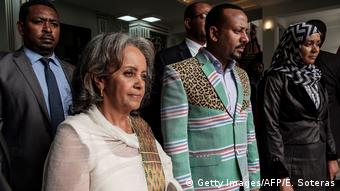 Merera Gudina, chairman of the multi-ethnic opposition party Medrek and professor of political science and international relations at Addis Ababa University, thinks Abiy deserves top marks for amending repressive legislation covering anti-terrorism, civil society and the media. However, he says a roadmap for elections in 2020 and other political issues has not been established and laments a "lack of national consensus among political parties."

Tronvoll agrees that much of the criticism of Abiy concerns the "lack of a roadmap to reach his objective." However, he says critics "need to consider that he (Abiy) is just one person."

Meanwhile inter-communal conflict has been escalating, leading to the displacement of about three million people. Critics say Abiy's administration is not reacting quickly enough.

Tronvoll does not mince his words. "I am not blaming the prime minister directly for igniting this conflict. But it is a matter of fact that [it is] there. It is making life unbearable for many. That is his biggest failure, not to address that more concertedly." 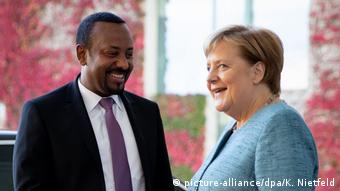 In the international arena, Abiy has been widely commended for moving forwards the relationship between Ethiopia and neighboring Eritrea from 'no war, no peace' to a peace dialogue. This diplomatic approach also spread to other neighbors including Sudan, Somalia and Djibouti.

However, Tronvoll argues that the peace process has not been institutionalized and bilateral agreements regulating trade, tariffs, currency, citizenship and security are missing. In particular: "The Eritrean process still lacks any kind of legal framework. You have a declaration of intent signed in Asmara in July and later in Jeddah. But these are not binding legal documents," he says.

Against the background of inter-ethnic conflict, displacement and instability, the government indefinitely postponed a census planned for April. This received mixed reactions.

For Tronvoll, Abiy is in a "damned if you do, damned if you don't" situation. He himself is in favor of the delay as a "census based on ethnic identity [.... could have become a] driving force for continuous conflict."

Merera disagrees, and says the postponement will have a major impact on the upcoming election in May 2020 and could even bring it into question. 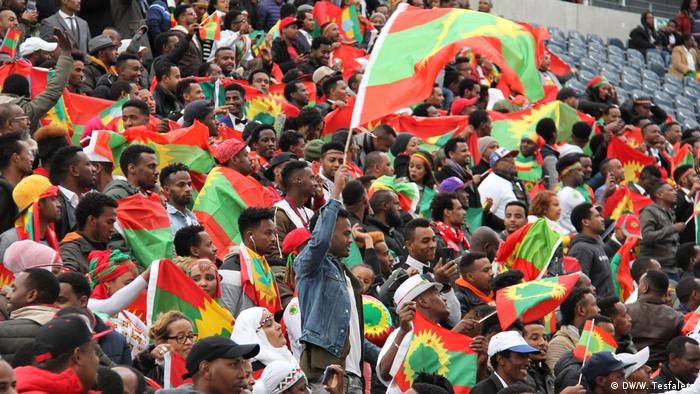 In addition to whether and when the election will take place, another challenge to Abiy is the proliferation in the number of opposition political parties, namely more than 100. The prime minister has called on them to merge, suggesting that three to six are enough.

Tronvoll suggests that Abiy needs to "pick his battles. He cannot win them all in one go. He needs to be selective and he needs to overcome challenges both within his own party and in the opposition.”

The phenomenon known as 'Abiymania' was still much in evidence when the prime minister visited Germany in October 2018. 20,000 Ethiopians living in exile converged on the city of Frankfurt to celebrate the new leader. Since then, much of the euphoria has dissipated. DW spoke to residents in the capital Addis Ababa to find out how they rate Abiy after one year in office.

"The last year has been an exciting time for Ethiopia. There has been lots of changes, including the peace process between Ethiopia and Eritrea, which I had a chance to visit," said journalist Samuel Getachew. "If you had told me a few years ago that Ethiopia would bring so much change within just a year, I would have assumed it was a joke."

Tigistu Awelu, the president of the Unity for Democracy and Justice Party told DW that while Ethiopia's has seen various reforms under Abiy, it was also seeing the displacement of people and ethnic divisions among political parties. "There is hope but on the other hand there is also threat."

Another Addis Ababa resident, Aklilu Atnafu says he believes the Abiy government was on the right path. "Of course, it's not an easy business, because the more they are tryingto improve things, the more there is opposition," he said. "We are expecting a very difficult situation but I am optimistic they will be successful."

Mohammed Ademo, a journalist based in Addis Ababa, says he gives Abiy 11 out of 10 for his achievements to date but wishes the prime minister had "a superhuman ability to make all of Ethiopia's problems disappear."

Times are changing for the better for women in Ethiopia. The country has its first female president and half of the cabinet are women. But change is much slower in rural areas as DW correspondent Fanny Facsar found out. (28.01.2019)

Prime Minister Abiy Ahmed was feted like a superstar by his countrymen in Germany, whom he called on to return home and help build a new Ethiopia. (31.10.2018)

Ethiopia's parliament has voted to appoint a woman to the largely ceremonial position of president. But the country continues to be riven by ethnic conflict even as it's praised for its government reforms. (25.10.2018)