Times are changing for the better for women in Ethiopia. The country has its first female president and half of the cabinet are women. But change is much slower in rural areas as DW correspondent Fanny Facsar found out.

As I stroll around Addis Ababa University, the oldest university campus of the capital, I see men and women leaning over their books, studying and chatting. It is a campus that could be anywhere in the world. But when I approach a student of literature and ask her about what it means for her to be a student here, I realize something is different after all. "I'm lucky to be here at the university, because most girls in Ethiopia do not have access to a university like this," she tells me.

Confined to traditional roles in the countryside

Many girls don't even make it to secondary school. In the countryside, where most Ethiopians live, many women are still confined to traditional roles.

That has to do with boundaries set within families, influenced by culture and tradition. Especially in rural areas men still dominate the lives of women. "Fathers believe that women who get an education will not succeed," a man tells me in a village just outside of Addis Ababa.

When Prime Minister Abiy Ahmed formed his cabinet last year, he took care to appoint women to half of the posts. And since Sahle-Work Zewde was named the country's first female president, there is the impression that things are changing and people are challenging the old patriarchal system. But that's certainly not the case everywhere. 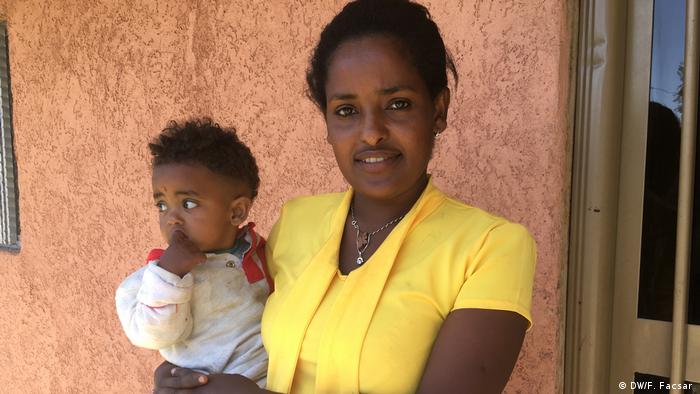 I see village girls coming home from elementary school and ask them about their goals. "I want to be a doctor, I want to be a teacher or an engineer," they tell me with determination. Although almost all children go to primary school these days, only 30 percent of the girls make it beyond eighth grade. The notion that girls do not belong in school persists in rural villages. And if a family can afford to send a child to school, boys usually take precedence.

Most girls drop out of school when they are 15. Tsehay, who is 17, wants to become a doctor but her parents don't have the money to support her, she says. Her reality: working as maid for 300 birr ($10.63, €9.31) a month. She sends the money to her family in a village nearby. She hopes to find someone who will sponsor her education. "I think the status quo should change, and men should come into the kitchen more often," she says as she prepares Ethiopian coffee.

Her employer, Meaza Azazew, is luckier. She can afford Tsehay's service as a maid. She tells us that her husband encouraged her to work as a nurse, instead of staying at home and raising their child. That is still uncommon in Ethiopia, she says. "Growing up I saw many women facing obstacles. I have witnessed women raped in school, I have seen women being kicked out by their husband because they want to go to school, and I have seen men lying about having kids and taking girls home, marrying them."

'The problem is not just the men, but the mindset of women' 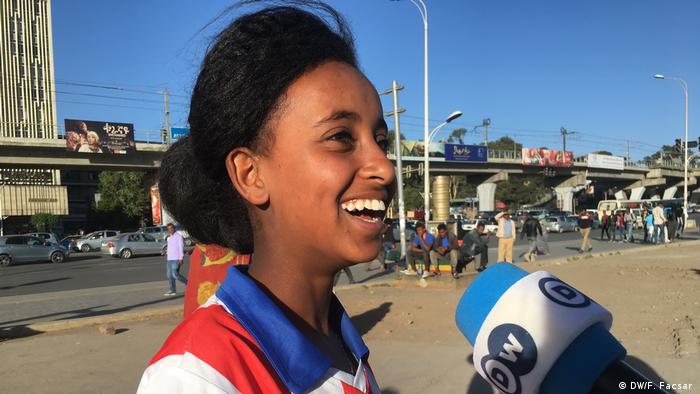 As the sun sets back in Addis Ababa, the city offers a whole different picture. A couple of young girls are playing soccer at the main Meskel Square. They tell me that Abiy Ahmed should support the female soccer club too and not just place women in his cabinet.

And women are raising their voices these days. One of these women is Hawi, a young reporter and host of a show called "Women in Focus." Today's show is on movements that fight for gender equality. Hawi tells me that the problem in Ethiopia is not just with men.  "Most times when you talk about issues of women, we are talking about issues that women suffer because of men but we women (…) do not realize our potential sometimes, and we go along with the status quo." Hawi believes real and fundamental change in Ethiopia can only happen if the mindset of both women and men changes when it comes to the role of women in society.

Ethiopia's capital is seeing rapid change under the Prime Minister Abiy Ahmed. But there's still a long way to go before noticeable progress is made on improving the lives of ordinary women.

Ethiopia's parliament has voted to appoint a woman to the largely ceremonial position of president. But the country continues to be riven by ethnic conflict even as it's praised for its government reforms. (25.10.2018)