The sweeping reshuffle has seen women take up key posts including Minister of National Defense. The move is in line with Prime Minister Abiy Ahmed's reformist agenda, but it has drawn mixed public reaction. 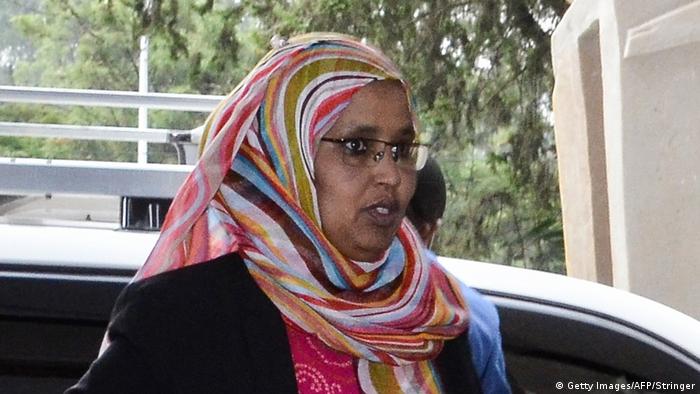 Women are set to occupy half of the positions in Ethiopia's cabinet, in the latest in a string of reforms introduced by Prime Minister Abiy Ahmed.

The newly downsized 20-member cabinet will see women take on major portfolios, including the new Minster of National Defense, Aisha Mohammed — the first woman to hold the position. The previous 28-member cabinet included just five women. Only four of the existing appointments were left unchanged.

A new Ministry of Peace was also created in the reshuffle, which will oversee the federal police and intelligence agencies and will be headed by former parliament speaker and Minister of Women's Affairs, Muferiat Kamil.

Since taking office in April, Abiy has repeatedly vowed to end years of anti-government unrest and tension that had plagued his predecessors.

"The main problem in this country is the lack of peace," he told lawmakers. "This [peace] ministry will be working hard to ensure it prevails."

Abiy emphasized the role of women during times of crisis in Ethiopia when explaining his decision to overhaul the cabinet.

"The role of women to stabilize and take the country forward was immense," he said. "Their role was even more important than the military's."

He also maintained his government's commitment to democracy in a country still reeling from the effects of years of authoritarian rule.

"Women's contribution towards the process of legislation, enforcement and democratic institutions should be strengthened," he said. 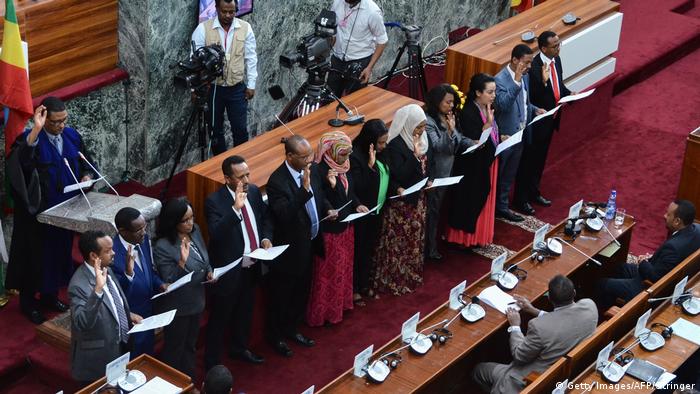 Fitsum Assefa Adela is one of the 10 women appointed to the cabinet and is due to take up the role of Minister for the Planning and Development Commission. The mother-of-three is currently completing her doctoral thesis at the University of Giessen in Germany. Adela told DW she is thrilled at the prospect of taking up the position — but it's not a challenge she takes lightly. 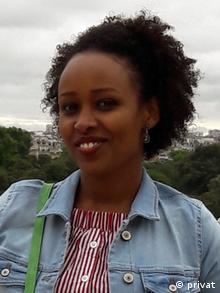 "I was filled with happiness and I am humbled," she said. "Considering the current situation in Ethiopia and to be part of the transition team is for me a historic moment and a big opportunity. I would like to be part of the team and work to make a difference."

Adela hopes she and the other women will help bring about change for the better in Ethiopia.

"Bringing women into the top ranks of government is a big change," she said. "From my professional experience, not only at the national level but also in different parts of the country, it was very difficult [for people] to see women in leadership positions. Because women are multitaskers — they are mothers, they are wives, they are teachers. There has been a big struggle everywhere and now there is hope for change . I expect our team to have open minds and hearts."

Minsters will be judged based on performance

Ethiopian journalist Coletta Wanjohi told DW that reactions to the appointments so far have been mixed.

"Speaking to the citizens here, some are happy," she said. "Some are saying that having women in leadership [roles] will ensure there is honesty and corruption can be fought because some say women are not as corrupt as men. However some people are saying let's not look at gender, let's look at the performance of these ministers once they [begin their roles]."

According to Abiy, the women were selected for the positions based on their leadership skills and educational background, as well as a demand to increase the participation of women in Ethiopian politics.

However, some analysts have doubts over the apparent swiftness of the appointments.

"It is not a problem to adjust the cabinet," Showit Gebergziabher, a Mekelle University lecturer,  told DW. "But such a fast change in such a short time increases the chances of putting too much pressure on those who have been appointed. I think it will make their work difficult."

Political analyst Birhan Habte thinks only time will tell whether the reshuffle will be successful.

"We need to give the new cabinet time," she told DW. "It will show us how well the cabinet members are performing and what they can bring to the role. I think we will see a positive change. But if we are always changing the positions of cabinet members then we will be in trouble." The new appointments come as Ethiopia faces a number of challenges, including a wave of ethnic violence across the country, growing inequality and a shortage of jobs for young graduates.

Approximately 2.2 million people across the country have been displaced by ethnically motivated violence since last year.

However, Abiy has been credited with a number of notable successes during his short tenure — including pursing a historic peace deal with neighboring Eritrea and engaging a dialogue with several rebel groups as part of his policy of reconciliation.

He has also overseen the partial privatization major state-owned industries such as telecommunications and has promised to rein in the country's powerful security agencies — part of the legacy of the previous oppressive government.