Hailemariam's resignation comes amid protracted anti-government protests that have left hundreds dead and tens of thousands detained. He will continue in his role until the "power transition is completed." 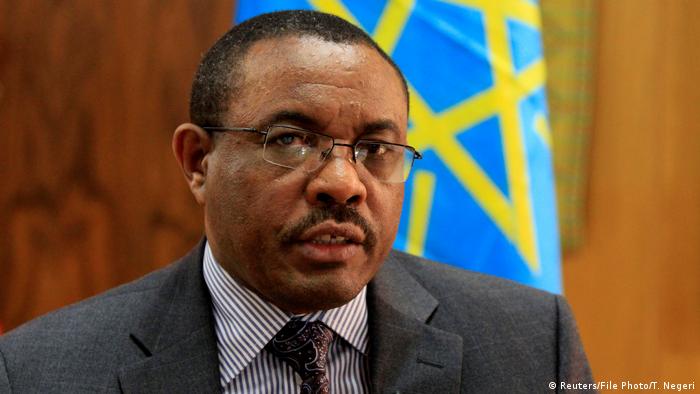 Ethiopian Prime Minister Hailemariam Desalegn said on Thursday he had submitted his resignation as both premier and the chairman of the ruling coalition.

Hailemariam has faced nationwide protests following his government's harsh crackdown on dissent and opposition. The academic-turned-politician has led Ethiopia since 2012 following the death of former strongman Meles Zenawi.

"Unrest and a political crisis have led to the loss of lives and displacement of many," Hailemariam said in a televised address to the nation.

"I see my resignation as vital in the bid to carry out reforms that would lead to sustainable peace and democracy."

Read more: Ethiopia: Crisis in the land of economic miracle

Hundreds of people have died in violence sparked initially by an urban development plan for the capital, Addis Ababa, in 2015. The unrest spread the following year with protests against political restrictions.

The government responded by declaring a state of emergency, granting itself special powers, including the right to deploy the army.

Though the worst of the violence was quelled, periodic demonstrations continued.

In a bid to ease tensions, the government beganreleasing political prisoners last month after Hailemariam said charges against them would be dropped to "create a national consensus and widen the democratic space for all."

The 53-year-old prime minister will continue in his role until the "power transition is completed," the state-affiliated Fana Broadcasting Corporate reported.

The chairman of the opposition Oromo Federalist Congress (OFC), Merera Gudina was released on Wednesday morning after more than a year in detention. (17.01.2018)

The chairman of the opposition Oromo Federalist Congress (OFC), Merera Gudina, was released on Wednesday morning. He was arrested a year ago under the country's state of emergency after he returned from Europe. (17.01.2018)