In the middle of Ethiopia, a country with strict religious and cultural mores, a village where women plough and men sew has become a model for development and poverty reduction. 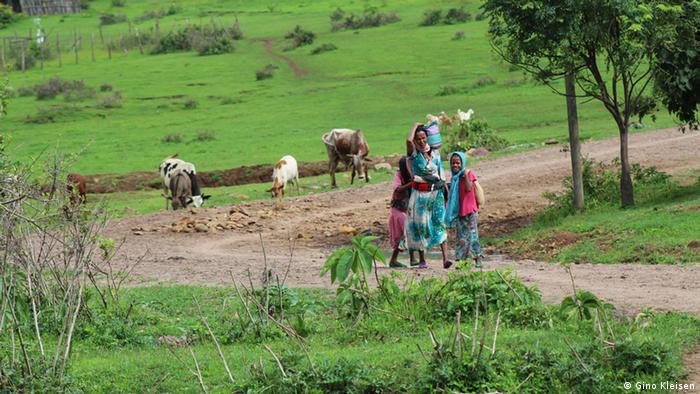 For decades Western governments and NGOs have been trying to find ways to break the aid dependency that has dominated much of post-colonial Africa. So when Awra Amba, a small village of just under 500 inhabitants in northern Ethiopia, found a way, on its own, to reduce poverty and increase development, they sat up and paid attention.

"I saw a special on Awra Amba on the BBC and how different their tradition is," said Fikir Abraha, a 22-year-old research student who came from the US state of Maryland to see this extraordinary place. Her parents are Ethiopian and she is interested in how culture can help or hinder development.

And indeed, Awra Amba does things differently, which has been both a curse and a blessing. In a very traditional country with strict religious and cultural mores, it goes against the grain. 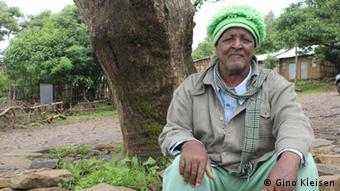 Founded in 1972 by an uneducated Ethiopian farmer, Zumra Nuru, as a better alternative to mainstream Ethiopian society, Awra Amba is a community where gender equality is crucial, where organized religion is banished, and where work and development are of the upmost importance.

The elderly and the young enjoy rights that aren't accorded outside the village. The village is run by way of committees where 50-percent-plus-one vote majorities decide all bylaws and decisions concerning the community.

Down a dirt track from the paved road, about a nine-hour drive northwest of the capital, Addis Ababa, lies Awra Amba - a clutch of wattle and daub houses and shared buildings, including weaving and textile workshops, a grinding mill, a tourist hostel, a school and a library. Most of the village's labor force works communally, so money is ploughed back into the village and the profits are split evenly.

This way of doing things has helped lift the village out of poverty and now, some 40 years after its founding, family income, literacy levels, life expectancy, gender equality and economic growth are far exceeding the national average.

Consultants from the Ethiopian government, the World Bank and development NGOs, such as Oxfam, frequently visit the village in a bid to discover what Awra Amba is doing right so as to replicate it elsewhere.

But "rethinking the wheel" has brought Awra Amba its fair share of trouble. Since day one, the project has been met with hostility and attacks from very conservative Christian and Muslim neighboring communities who have considered Awra Amba pagan or heretical, according to 65-year-old Nuru.

"They threw a grenade right into the center of the village once, but luckily, no one was hurt," he said. "They have tried shooting members of our village. They have sabotaged our harvest on occasion."

In 1989, the neighboring villages denounced Awra Amba as insurgents to the communist Derg regime in power, leading to the community's exile to the south of Ethiopia for four years. When the Derg fell, the community returned in 1993 to find most of their land confiscated by the neighboring communities. They now only have 18 hectares (44 acres), a disaster for an agricultural community. 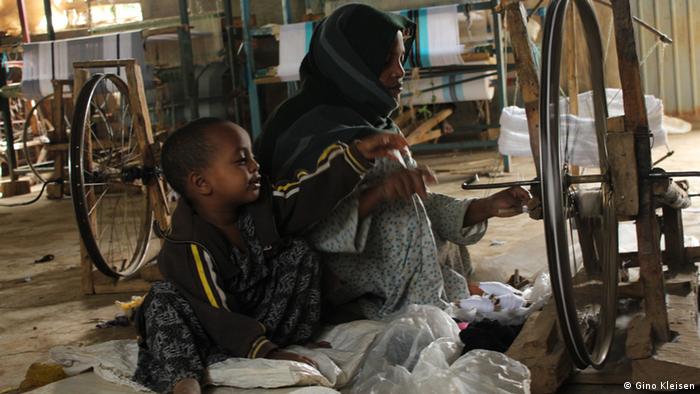 The village offers training to locals, such as this spinning workshop

But the crisis was also a door of opportunity. It forced community dwellers to pursue other revenue-making activities and to diversify. So they got into weaving, milling, trade, tourism, textiles - a diversification of labor that is now a key to its development success.

"Their life principle is to work and their work is the manifestation of their faith or belief, so they don't have a church or mosque or anything," says Ashenafi Alemu, a researcher in the sociology department at Ethiopia's University of Gondar. "They always work and that helped them a lot to get out of poverty, and now we observe that they are really improving."

Through word of mouth and significant interest from the media, news of Awra Amba is spreading fast. Perhaps too fast.

While Nuru aims to export his idea beyond the village, Awra Amba does not have the capacity to supervise such an expansion. New communities, inspired by the Awra Amba model, have already sprouted up elsewhere in Ethiopia, but it is a spontaneous, erratic growth - unmanaged by Nuru and his community.

"We need to see these villages," he says, "but I can't go check them out because we don't have a car and it is not feasible to travel there by bus."

Still, the village is at a crucial crossroad. Because it can't acquire more than the 18 hectares it currently has, the community must find ways to expand off-site and manage that expansion. Also, it must continue and complete its process of acceptance by the very conservative culture of the villages that surround it. 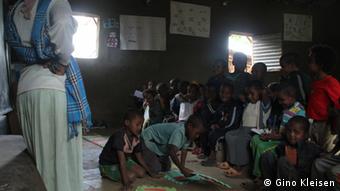 Children from the area go to school together at this kindergarten

To this end, the various services Awra Amba offers help build bridges. It has several mills to which locals bring their grain to be ground for a small fee. It has constructed a junior high and high school where children from the entire area are educated together. The village sees the key to moving forward as a combination of revenue-generation with inter-village bridge-building through trade and services.

On top of that, every month, the University of Gondar brings together a growing number of people from Awra Amba and the surrounding Christian and Muslim communities. Around the same table, they talk it all out.

"Now there is a sort of understanding and improvement regarding the image of the Awra Amba community," said Ashenafi Alemu, the researcher.

With government, NGOs and individuals borrowing from its model to create development projects elsewhere, one could say that Awra Amba is already a success. However, as an ideological project, the village risks losing control of the spread of its core ideas. The question now is: will Awra Amba remain a fascinating yet small exception to the norm, or can it manage to export its ideas and bring about much-needed change to Ethiopia and beyond?

Additional reporting by: The Awra Amba Experience (Write This Down Productions)

Hunger and malnutrition are still among the main concerns on the African continent. Governments and international organizations agree that agriculture and food security should be at the top of the African agenda. (18.09.2013)

The Indian township of Auroville was founded in the 1960s as a “living laboratory”. People from more than 40 nations aim to live in harmony with nature and are trying to protect the environment as a community. (05.02.2013)