A nuclear-free world: a dream close to reality?

US President Barack Obama is reportedly planning a shift in nuclear strategy. How are experts in Asia reacting to this possible shift in US nuclear policy? 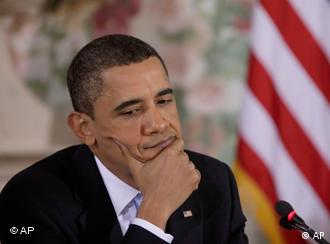 It has been nearly a year since US President Barack Obama unveiled his vision for a nuclear free world. In a speech in the Czech capital Prague last April, he claimed America was committed 'to seek the peace and security of a world without nuclear weapons'.

Now his vision seems to be taking shape. The new US nuclear policy review is expected to be announced in the next few weeks. And as media reports suggest, the Obama administration is likely to reduce its nuclear stockpile drastically and boost its conventional weapons capabilities.

The move will attract a lot of attention in Asia, says Commodore Uday Bhaskar, a security analyst in India. "My sense is that the countries like India are looking at it with a lot of interest because these are objectives that India has been supporting and espousing for many decades and there has not been any serious international effort towards this end for many years."

Despite India's traditional stand on nuclear disarmament, it conducted nuclear tests in 1974 and 1998 and declared that it possessed nuclear capability. Its neighbor Pakistan acquired nuclear weapons as well, stressing it needed them for defense against neighbors particularly India. 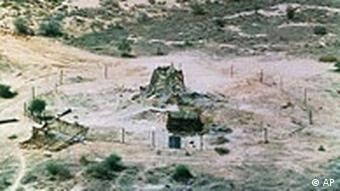 Neither country has signed the Nuclear Non Proliferation Treaty and experts doubt if they will ever give up their nuclear weapons as long as their relations remain strained.

Moreover there is a school of thought that believes that the initiative to eliminate nuclear weapons should come from bigger nuclear powers. "There are some 23,000 weapons all over the world. Out of this 22,000 are shared between US and Russia," says Retired Gen. Talat Masood, a security analyst in Islamabad. "The remaining one thousand are with other countries. So I don't think anyone should expect any change among other nuclear powers. The lead has to come from US, Russia, and then followed by other permanent UN members and India, Pakistan and Israel."

China, on the other hand, has long maintained that it opposes nuclear proliferation and that its nuclear strategy is purely for self defense. But its substantial increases in military budgets in recent years have sent signals that it wants to surpass the US as the world's top military power. Oliver Thränert, an expert at the German Institute for International and Security Affairs, explains:

"China thinks that the overwhelming superiority of the US in terms of its conventional weaponry means that a world without nuclear weapons would be a world in which the dominance of the US would be even clearer than now." 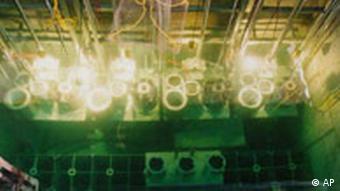 The idea of global nuclear disarmament has got considerable support in the Northeast Asia though, particularly in Japan, the only country to have suffered nuclear bombardment. The Hatoyama government is seeking to denuclearize Northeast Asia as one of its top priorities, says Key-young Son an expert on international affairs in Japan.

He says any signs from the US towards denuclearization will also give a fresh push to the six party talks on North Korea's nuclear program that have remain stalled for the last few years and which aim at paving the way for a nuclear free Korean peninsula:

"One of the reasons why North Korea is hesitating to take steps forward is that the North Korean government doesn't believe in any intentions of the Obama Administration," says Key-young Son.

"If the Obama Administration is moving to build trust in terms of nuclear issues, I think it will obviously help in the restart of nuclear talks and also it might change the attitude of North Korea in a more positive direction in the near future."

During his Prague speech, Obama admitted that the goal of a nuclear free world would not be reached quickly. Experts say lessons could be learned from the earlier disarmament efforts such as the Chemical Weapons Convention which came into force in 1997 after many long years of negotiation.

Close Relationship Between China and Iran

The five permanent members of the United Nations Security Council agree that Iran should not be allowed to develop nuclear weapons. (11.01.2010)