A choice between EU and Russia in bad-movie Moldova vote | Europe | News and current affairs from around the continent | DW | 24.02.2019

A choice between EU and Russia in bad-movie Moldova vote 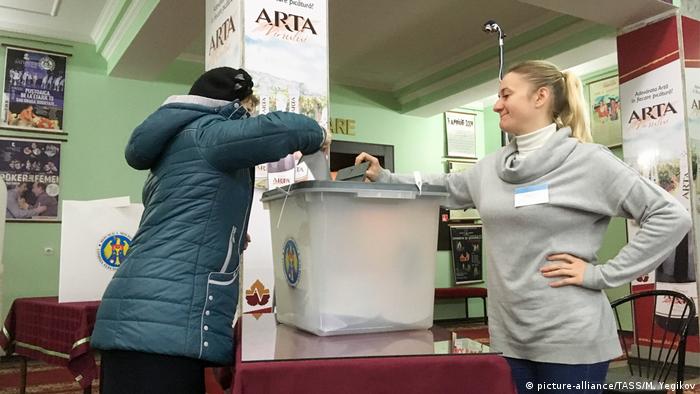 Before polls closed on Sunday, thre were accusations that the Democratic Party (PDM), led by Vlad Plahotniuc, had bussed in voters from the former Soviet state's breakaway region of Transnistria and told them how to vote.

"Don't be afraid or let people buy you off. Don't be afraid of losing your job," Dodon said after voting in Chisinau. "I know people are encouraging you to vote for certain parties."

For his part, Nastase alleged that "they (the ruling party) are bussing in vulnerable people ripe for corruption."

No party is expected to reach the majority needed to form a government.

The final days of the campaign were like a bad movie.

On Thursday, Maia Sandu and Nastase, leaders of the pro-EU opposition alliance, ACUM (NOW), said they were poisoned. On Friday, media outlets with ties to Dodonof the pro-Russia right-wing populist Socialist party (MSRM) presented what they claimed were handwritten plans to assassinate him.

On top of all that, on Friday, Russia's Interior Ministry surprised Moldovans by announcing that it was investigating Plahotniuk, the leader of the ruling center-left PDM, an oligarch known as the strongman of Chisinau, and his business partners for aiding in the illegal withdrawal of about 37 billion rubles (€500 million/$570 million) from Russian banks.

Plahotniuk and the PDM suspect an attempt by Russia to aid President Dodon.

According to Moldovan media, the investigation is closely related to the money laundering scandal known as the Russian Laundromat.

Last Wednesday, German authorities investigating the scandal seized about €40 million ($45.35 million) in property and cash. In all, it is suspected that as much as €20 billion may have been funneled abroad from Russia, using banks in Latvia and the Republic of Moldova as conduits.

This is Plahotniuk's second run-in with the law in Russia. Late last year, authorities in Moscow accused him of involvement in a double homicide.

On Thursday, three days before the election, opposition leaders Sandu and Nastase said they had both been the targets of mercury poisoning. They also said they had ample evidence to prove it.

Then, on Friday, they presented laboratory analyses to the press in Chisinau and implicated Plahotniuk's government in the attacks. Doctors confirmed that their mercury levels were abnormal — a clear indication of external factors.

Nastase said he had previously undergone testing in 2017, in Germany, where he was found to have a high mercury concentration in his bloodstream. Those levels have remained high despite the fact that he immediately underwent treatment after the initial diagnosis.

Last year, Sandu was found to have four times the normal level of mercury in her bloodstream.

A spokesman for the PDM called their reports a cheap election stunt. Media outlets close to Plahotniuk went on the offensive, pushing the opinion of a doctor who claimed that the high mercury levels came from eating fish.

Press outlets controlled by the MSRM had their own agenda it seems, reporting that a plot to kill President Dodon was afoot. They claimed that "trusted" sources had sent them handwritten evidence that Plahotniuk had ordered Dodon to be "taken care of" after the election. The letter has since been removed from the outlets' websites. 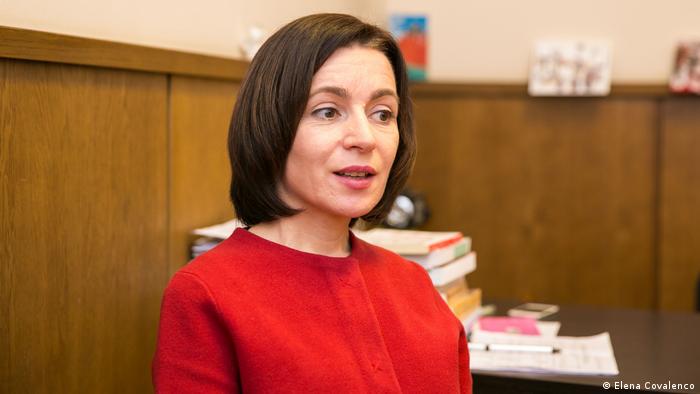 Although Plahotniuk's PDM sells itself as being pro-EU, this seems mainly to be a result of his own business and political interests and those of his cronies.

Dodon's MSRM is clearly oriented toward Moscow. The president has already promised to renegotiate the 2014 Moldova-European Union Association Agreement if the pro-Russian camp wins Sunday's election.

Moldova is marked by widespread corruption, with politics, the economy and the finance sector all in the clenched fists of the oligarchs. According to World Bank statistics, more than 20 percent of Moldova's 3.5 million citizens live below the poverty line. The average monthly salary is about €300.

Current estimates suggest that almost one-third of the population works abroad — with many people in Russia, but most of them in the European Union.

The eastern edge of the country is also the site of a "frozen conflict" that has gripped the region since the breakup of the Soviet Union. Russian military personnel are still stationed alongside separatists in the pro-Russia Transnistria region along Moldova's border with Ukraine.

Changes to electoral laws and the repeated repression of opposition politicians and civil society at large are certainly bad omens in the run-up to Sunday's vote. And, ultimately, there is much more on the ballot than a new government in Chisinau.The bigger question is what way the country will go in the future — and whether that future will be pro-EU or pro-Russia.

Moldova: Welcome to my living room