Moldova's Liberal Democratic Party, the dominant force in the ruling coalition, has nominated education minister Maia Sandu as head of government. Sandu had forced the previous PM to resign over alleged diploma fraud. 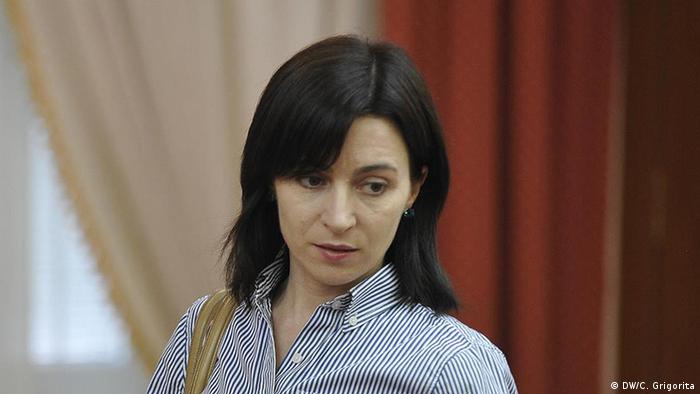 The pro-European bloc backed Sandu on Thursday, two days after her Liberal Democratic Party signed an agreement with the Democrats and the Liberals to create a new majority in the Moldovan parliament.

The country's previous Prime Minister Chiril Gaburici resigned in June, after a probe into the authenticity of his high school diploma and university degree.

The controversy was originally raised by Sandu, who served as an education minister in Gaburici's government. Subsequently, Sandu insisted on a police investigation which eventually led to the fall of government.

The 43-year old nominee also made her reputation by reforming the education system in the ex-Soviet state, modernizing the curriculum and fighting against parents buying their children's way through examinations.

Before becoming minister in 2012, Sandu had worked for the World Bank, both in Washington and in Moldovan capital Chisinau.

Moldova borders Ukraine and Romania, and is heavily reliant on energy and trade from Russia. The new ruling coalition has 52 out of 101 seats in the parliament, giving it a thin majority for its pro-European course in the country with a large Russian-speaking minority.

Sandu will only become the prime minister after a vote of confidence in the parliament, which is expected during the week.

One of the most important challenges for the new government would be to trace a missing $1 billion (900 million euro) which disappeared from three of the country's largest banks in April. The scandal caused political turmoil and mass protests on the streets of Chisinau.

The recent political instability also delayed a deal on a new program with the International Monetary Fund, and blocked European Union budgetary support, further aggravating the financial troubles in Moldova.