After an investigation into the authenticity of his degrees, Moldovan Prime Minister Gaburici has resigned at the age of 38. Earlier he had called for the resignation of prosecutors over corruption allegations. 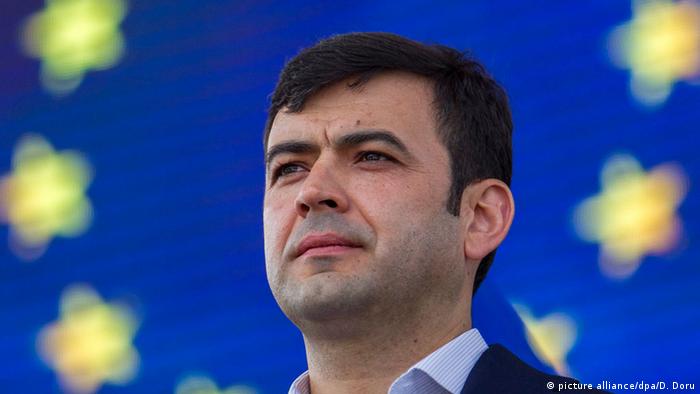 On Friday, Chiril Gaburici, 38, announced his resignation after he was questioned by state prosecutors about his high school and university degrees late on Thursday.

"I regret that questions about my studies have become an instrument of political games," the AP news agency quoted Gaburici as saying. He made no comments about the substance of the allegations.

"I am not a politician, I am a manager. The country needs to change the political system," he added. He had only been in power for a short time.

Gaburici headed a pro-European government that relied on the Communist Party. The former businessman became prime minister in February.

Earlier this week, Gaburici had called for the resignation of the state prosecutor and the head of the central bank for not taking effective action over the disappearance of $1 billion (880,000 million euros) from three Moldovan banks.

Thousands have rallied in recent weeks in protest against the disappearance of the money from the banks.

However, the prosecutors have shown no sign of stepping aside. Instead, they announced on Monday that they were investigating whether a signature and a stamp had been faked on two of Gaburici's school documents.

Moldova, the small former Soviet republic, has been divided since the fall of the USSR between factions that are broadly pro-European and pro-Russian, both accusing each other of corruption.

EU talks with former-Soviet republics with eye on Russia 15.12.2021

As tension with Russia simmers, the leaders of European Union nations met with the heads of five former Soviet republics. The so-called Eastern Partnership looks to deepen political, trade, energy and cultural ties.

Sheriff Tiraspol: The Champions League club without a country but now in dreamland 29.09.2021