A bit of progress with a big question mark: The EU’s slow-moving migration policy | Europe| News and current affairs from around the continent | DW | 15.06.2016

A bit of progress with a big question mark: The EU’s slow-moving migration policy

Fewer migrants are arriving in Greece - the EU’s deal with Turkey appears to be working. But for how long? The EU continues to demand visas for Turks entering the bloc, much to Ankara’s displeasure. 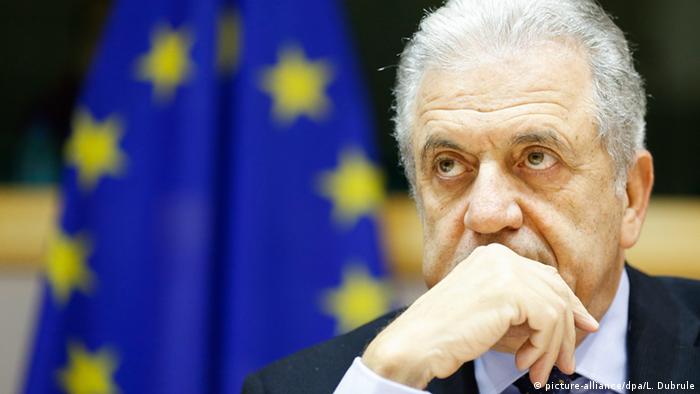 Every month, the EU commissioner in charge of overseeing the implementation of the refugee deal between Turkey and the EU has to give a status report. And every month Dimitris Avramopoulos has the same message: There are only a few migrants arriving in Greece, and the redistribution of migrants to other EU states is still not working.

In his latest report issued in mid-June, Avramopoulos praised Turkey for its "spectacular" success, because it has fulfilled 65 of the 72 criteria set for the EU to lift its visa requirements for Turkish citizens.

But he also focused on the seven conditions that have not yet been met. That means that the promised visa-free travel as of July 1 is now off the table; in addition, the Turkish government has once again rejected a demand to change the country's anti-terror laws. The EU commissioner declined to give a date for a visa-free travel deal, which is part of the larger EU-Turkey refugee package agreed in March.

The question now is whether Turkey will uphold its commitments from the agreement and continue to ensure that, on average, a mere 47 migrants cross the Aegean per day, headed for the Greek islands. Last week, EU interior ministers alluded to October as a possible date for a visa-free travel deal. 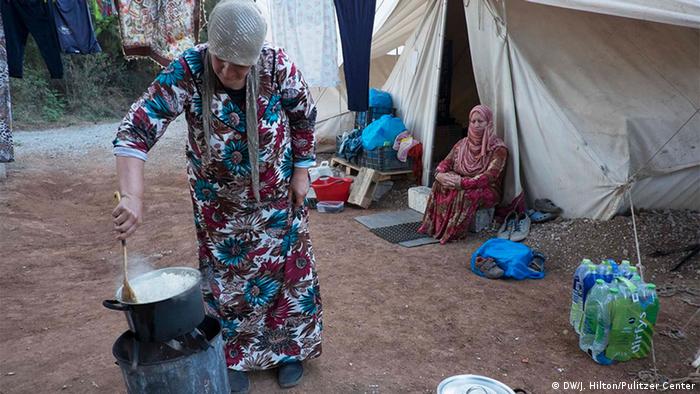 Refugees waiting in limbo at the Ritsona camp near Athens

The number of new refugees and migrants arriving in Greece has decreased drastically, says Avramopoulos. But that will only stay that way if the EU opens legal channels for asylum seekers. If that doesn't happen, people smugglers and migrants will find other routes to Europe. "We have to offer something better," the EU commissioner said. That's why a direct resettlement of refugees and asylum seekers from Turkey, Jordan and Lebanon is desperately needed. The EU states said they would accept 22,000 people in this way, but until now, only 7,272 have been resettled.

Process in Greece too slow

Since the EU-Turkey deal for the return of migrants came into effect, not a single asylum process has actually been completed. More than 460 migrants have been deported from the Greek islands to Turkey, but they never filed an application for asylum. 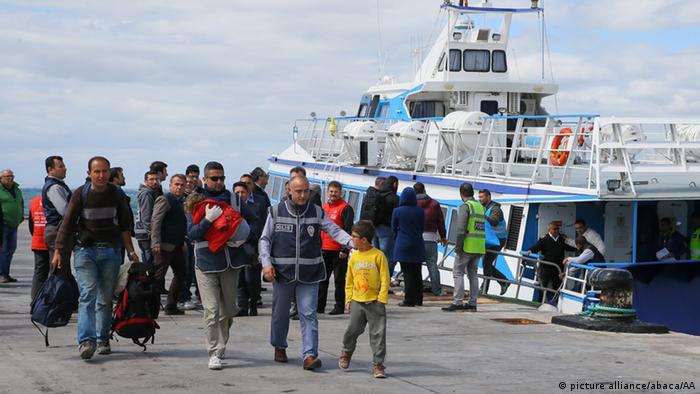 Refugees in Greece are being deported to Turkey

EU state continue to act out of self-interest

More than 50,000 migrants and refugees are now stranded on the Greek mainland, according to estimates by the EU Migration Commissioner Avramopoulos.

The EU Commission has called upon other member states to accept 6,000 migrants a month from the "front states" Greece and Italy.

But the redistribution is not working as hoped. "All member states need to pull together. If the redistribution doesn't work, we can forget reforming the Dublin system and asylum law in Europe," said a frustrated Avramopoulos. The Dublin rule stipulates refugees must claim asylum from the first country they arrive in, placing an unfair burden on those countries that serve as main entry points.

At the moment, Italy is taking in just as many refugees and migrants being rescued in the Mediterranean as it did last year. Last month alone, the number reached 14,000. Italy is still coping, but at some point its registration camps will be full. The Commission is calling on other EU states to relieve the burden on Italy, but many states are showing little willingness to help. Austria has threatened to close its border to Italy at the Brenner Pass in the event that increased migrants start to arrive there. The EU is hoping to reach agreements with African countries for the return of migrants, but it will be months or even years before such agreements can take effect. In summary, says EU Commissioner Avramopoulos: "We're looking at a tough summer."

Should Algeria, Morocco and Tunisia be made safe countries of origin? Angela Merkel and her grand coalition say yes. But the Greens and the countries themselves are pushing back ahead of Friday’s vote in the Bundesrat. (15.06.2016)