The European Parliament is outraged at the lifting of Turkish opposition MPs' immunity. However, only a few voices are urging a tough response and the end of accession negotiations. Barbara Wesel reports from Strasbourg. 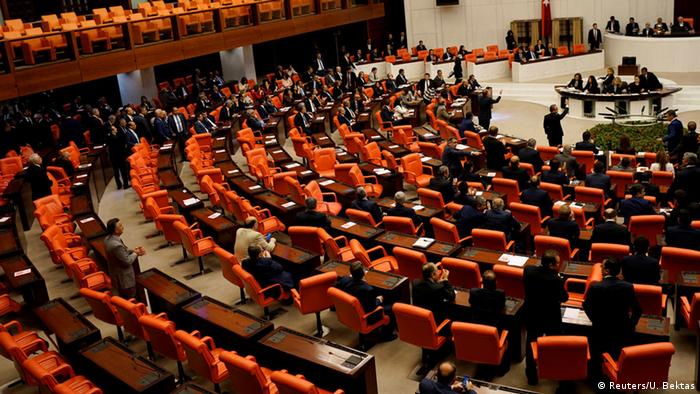 Speaking before the European Parliament, Johannes Hahn, Commissioner for Neighbourhood Policy and Enlargement Negotiations, said that the European Commission was "seriously concerned" about the Turkish parliament's decision to lift the parliamentary immunity of 138 Turkish opposition MPs.

The fact that Hahn was the one to convey this message, and not Federica Mogherini, the EU's representative for foreign affairs, or Vice President Frans Timmermans, who is, after all, the one currently leading the negotiations with Ankara, shows that Brussels would rather play down this tiresome subject. After all, it still has to salvage the remains of the refugee agreement – and "Turkey is a key partner in the management of migration."

What next for the accession negotiations?

Hahn went on to deliver a brief lesson in democracy for beginners, explaining that the immunity of members of parliament may not be lifted in order to exert political pressure. He also appealed to Turkey to return to the path of convergence with European values. The commissioner still sees accession negotiations, especially the section on justice, as the best means of making clear to Turkey that it is on the wrong path, because the one it is following is undemocratic. 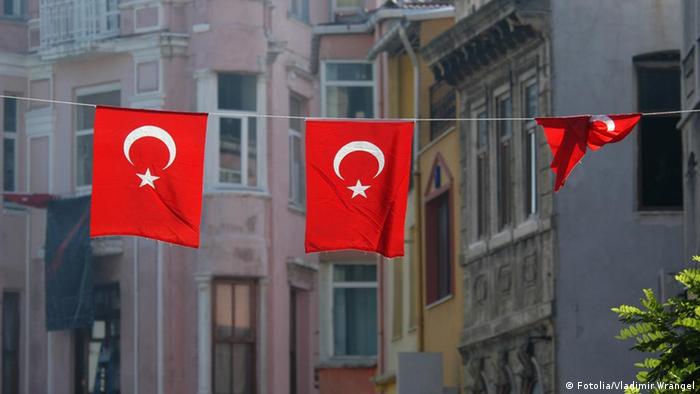 Some observers say Turkey has abandoned the path toward a democratic system.

Following this rather weak speech, the CDU representative Renate Sommer was more forthright. Turkey was on its way to becoming a "presidential dictatorship," she said; the Kurdish opposition – and not only it – was being silenced. The whole thing was a "drama for Turkey, but an even bigger drama for the EU," because it needed the country to be a reliable partner. Now, though, Sommer said, Europe had to react and "put accession negotiations on hold."

Turkish democracy on the brink of the abyss

Alexander Graf Lambsdorff didn't go that far. He did, however, recall the "Copenhagen criteria," the conditions for accession negotiations. Institutional stability is top of the list of demands, along with a constitutional and democratic order. This foundation no longer exists in Turkey, Graf Lambsdorff said; the protection of minorities had been done away with in this serious action taken against the Kurds. The German liberal went on to say that the judiciary had been politicized, the press silenced, unions and other social movements intimidated, and freedom of assembly limited – but he left it to his listeners to draw a conclusion from this list of offenses against the principles of democracy.

One of the most resolute voices was that of the Left politician Gabi Zimmer. She said she was "flabbergasted that it is possible in Europe to create such a climate of fear and intimidation" as Erdogan was doing in Turkey. The country, she said, had abandoned the path towards a democratic system. Zimmer also recalled the fact that one of the Turkish members of parliament whose immunity has now been lifted is Leyla Zana, who was awarded the European Parliament's Sakharov Prize for her fight for freedom of thought. Feleknas Uca is another who has been targeted. Before moving to Turkey, she was a representative of the German Greens in the European Parliament for many years. She alone now faces seven lawsuits initiated against her by Erdogan. 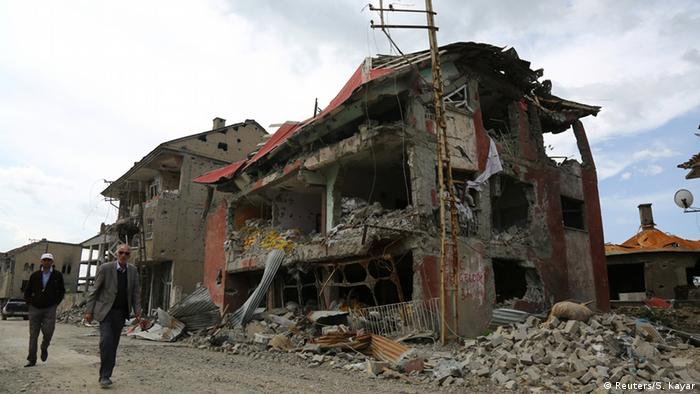 Visa liberalization is off the table

The EU Commission and Parliament did all they could to draw attention away from this debate. It was rescheduled for a less prominent time in the evening, and the speakers were predominantly representatives from the second rank of the parliamentary groups. One thing, however, became clear: The visa liberalization that the European Parliament must agree to is now off the table – it will no longer get cross-party majority support.

Closing, Commissioner Johannes Hahn made another appeal to realpolitik. Turkey, he said, was an important neighbor, and the EU would have to keep on dealing with the country. However, even he feared that the EU could end up wasting its time if it moved ahead with the expansion negotiations. Erdogan, he said, must now show "whether he's serious or not."

A series of parliamentarians also issued warnings against any further exacerbation of the conflict with the Kurds. But as a declaration of solidarity for the MPs of Turkey's Peoples' Democratic Party (HDP), this debate left much to be desired.

German Chancellor Angela Merkel has rebuked Turkey over accusations made against German lawmakers of Turkish origin. Ankara hit out after Berlin passed a resolution declaring the 1915 Armenian massacre, "genocide." (07.06.2016)

The Turkish military claims its forces killed 27 Kurdish fighters in border areas between Turkey and Iraq in the past two days. But there was also an unusual attack on Turkish soldiers in the north of the Country. (05.06.2016)

An EU plan that would extend visa-free travel privileges to Turkey as of July 1 will be delayed over worries Ankara won't meet the key conditions on time. German Chancellor Angela Merkel is in no mood to budge. (23.05.2016)