75 years on, little known about the Wilhelm Gustloff sinking | Germany | News and in-depth reporting from Berlin and beyond | DW | 30.01.2020

75 years on, little known about the Wilhelm Gustloff sinking

Over 9,000 people died in the Baltic Sea on January 30, 1945, in an attempt to evade the Red Army. The Wilhelm Gustloff was the most lethal shipwreck in history, but some details of the sinking remain unknown. 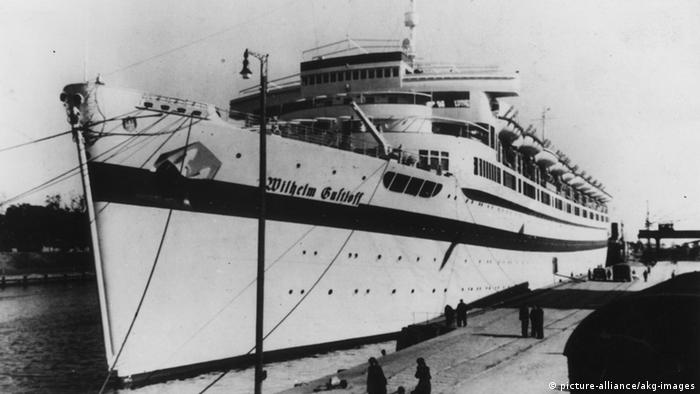 At around 9 p.m. on January 30, 1945, Adolf Hitler was speaking to the German people. In the packed dining hall of the luxury liner "Wilhelm Gustloff," as in most of the rest of the country, a radio was broadcasting Hitler's address, but the thousands of refugees from Pomerania and East and West Prussia who had struggled onto the ship weren't listening to the Führer now.

They wanted one thing — to be rescued. Only very few, 1,252 to be precise, made it off the steamer alive, of the well over 10,000 - mostly women and children, but also navy sailors. The ship had been hit by three Soviet torpedoes within an hour; the temperature outside was minus 18 degrees Celsius.

The solace offered by the Wilhelm Gustloff was enormous for the passengers who boarded the ship at Gotenhafen. Hundreds of thousands of German civilians had wanted to embark on ship in the port near Gdansk, in what is today Poland. The Red Army was on their heels and their thoughts were of Nemmersdorf. It was the first village in German territory reached by the Soviets and there were already rumors circulating of the draconic revenge on the part of the Soviets for German war crimes. Only the navy could rescue them now. 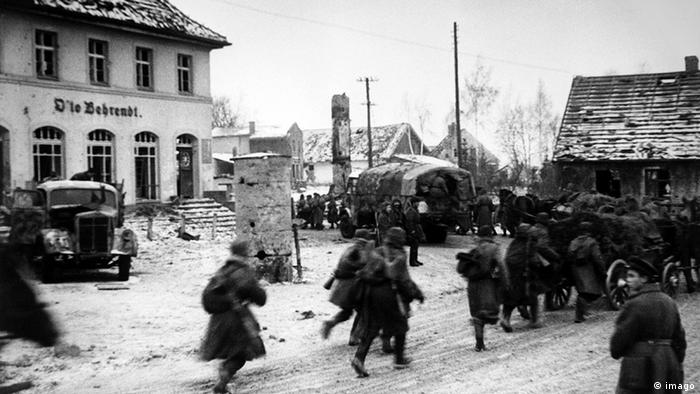 At 208 meters (680 feet), the Gustloff wasn't the largest ship used to transport wounded soldiers and civilians. But it was by far the most well known. It was the Nazis' luxury liner, christened by none other than Hitler in 1937. Its name came from a killed Nazi officer, and it was initially reserved for high-ranking National Socialists to take vacations in the Mediterranean or along the western Norwegian coastline. By the end of the war, however, the ship had taken on an entirely different role — for its last journey.

The civilian escape via the Baltic Sea belongs to one the most impressive chapters in German WWII military history. Historians have estimated that around 2.5 million people were rescued by ship out of the German eastern zones. A comprehensive study has been published about the operation titled "Rescue Mission Baltic Sea 1944/1945: One of Humanity's Great Deeds." One of the main German officers credited with the success of the operation is Admiral Karl Dönitz, who would succeed Hitler as chancellor following the Führer's suicide in a Berlin bunker at the close of the war.

Read more:  The Nazi archives: Where Germany's dark past is stored on paper

The tragic end of the Gustloff, just one of dozens of ships used in the Baltic rescue operation, wasn't inevitable, experts have contended, singling out three fatal decisions as responsible for the disaster. Firstly, there was no convoy to offer protection, and since the ship carrying some 1,000 soldiers was intended to reach Kiel as quickly as possible, there was also no flank protection.

A small torpedo boat was all the protection the ship was given. Sea mines were feared along the Baltic coast, so the planned route was to traverse the open sea. Finally, since the Gustloff hadn't been used in over four years, Captain Wilhelm Peterson only dared a speed of 12 knots, instead of the possible 15.

These three factors contributed to what would become a death sentence for most of the ship's passengers. If the ship were escorted by a convoy, been provided flank protection, and traveled at a faster speed, experts have said the Soviet submarine S-13 would never have been able to hit the Wilhelm Gustloff with its torpedoes.

Seventy-five years on, some details of the disaster still remain a mystery, however. Was sabotage to blame when a suspicious radio message warning of sea mines reached the command bridge, just before the first torpedo hit? In order to avoid a collision amid heavy snowfall, Captain Peterson then turned on the ship's position lights: 90 minutes with bright lighting, but no minesweepers. The Gustloff was a sitting duck.

There is evidence to support the unproven theory that German POWs — who had been "turned" by their Soviet captors and then dropped behind enemy lines using parachutes — were behind the false radio warnings to the ship. For Heinz Schön, who passed away in 2013, that was a horrible thought. He was 18 years old at the time, aboard the Gustloff as an aspiring naval pay clerk. Although he was one of the very few survivors, and wrote a book about his experiences, he was always reticent to call the sinking of the Gustloff a war crime. It was ultimately carrying soldiers, sailing under enemy colors and lightly armed, making it a valid target for Soviet subs.

Millions of Germans tuned in to a television film about the 1945 sinking of a Nazi ship full of refugees in the Baltic, which cost 9,000 lives and surpassed the Titanic as the worst maritime disaster in modern times. (03.03.2008)