It's been nearly a year since the start of the COVID-19 pandemic, and more hard weeks look to be ahead. DW has a few ways to fight lockdown boredom. 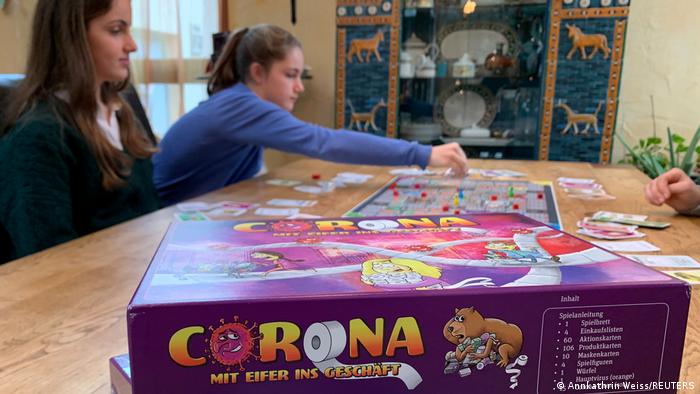 The coronavirus has inpsired new board games in Germany

Get out the board games

Board games aren't exactly the new kid on the block, but that doesn't mean they've lost all their luster, especially during this pandemic. According to the people who measure such things, 2020 was a record year for the producers of board games and puzzles in Germany, with sales up 21%. And it wasn't just sales that were up, 27% of people said they also spent more time actually playing board games.

And don't forget puzzles. They're great if you're going it alone and don't have anyone playing a game. Puzzles keep you busy for hours on end and if you're not able to visit any of the places you're revealing in your puzzle anyway, you can at least take some pleasure seeing that site eventually appear right before your eyes!

Computer gaming: Playing together without being in the same room

You're not able to hang out with your friends or family members in person, so do it virtually instead.  Online computer games allow you to play against different people, in different places, all at the same time.  Since you can't meet in person to play chess, poker or gin rummy, try it online with apps and multiplayer consoles. It may not be as fun as holding real playing cards in your hand, but it's worth a try.

If you're more ambitious, you can also go online with your friends to hunt monsters, build cities, or play any number of online sports with groups of people you might not even know. 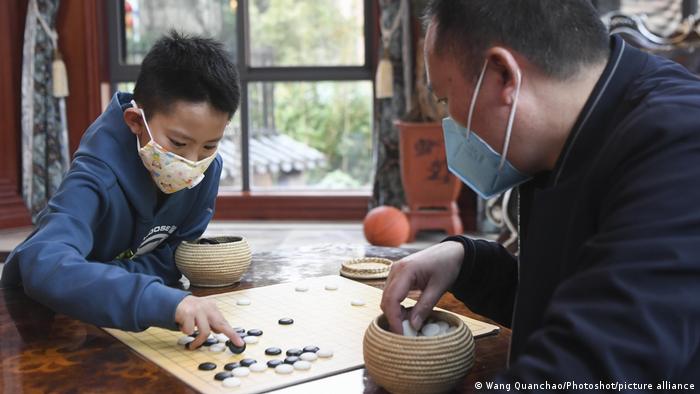 Biking away the blues

Many people have rediscovered bicycling in a big way during this pandemic. Cities like Berlin and London are leading the way, setting up so-called pop-up bike routes all over the city. The idea is as clever as it is simple: If you're not using the street space anyway, why not turn it into bike paths everyone can enjoy on two wheels? Officials in the two capitals rolled out the red carpet for bikers so to speak according to the motto, "If you build it they will come."  The cyclists did and so did roller skaters and inline skaters.  One London shop owner, intent on keeping people moving in the right direction, said he saw 10 times more demand on his website in 2020 than he did the previous year. 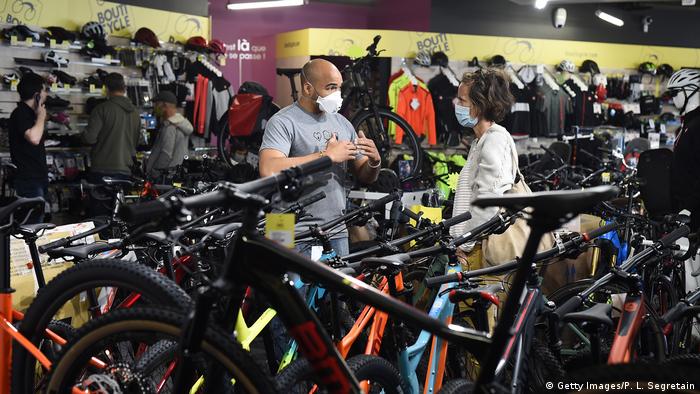 Bike sales have boomed during the COVID pandemic

Don't forget the Berlin jam skater Oumi Janta, whose cool and sexy roller skating video went viral in 2020 as she skated around what used to be the airport in Berlin, Tempelhof. Thanks to the internet and her skills as a skater, she's now been able to turn her hobby into a career. Not bad for life in lockdown, right?

Gyms and fitness studios are closed and the weather outside can be, well, quite lousy, but there are plenty of ways to keep fit inside. 2020 was a real boom year for the producers of treadmills, cross-trainers and rowing machines in Germany. The government lowered the sales tax in the hope of lowering prices, but that didn't happen as demand outstripped supply and prices went through the roof. According to government figures, fitness machines were 13% more expensive in December of last year than in December 2019.  Talk about rowing and biking your way through this pandemic!

Knit your way through the crisis

You may not believe this, especially with Netflix and other streaming options out there, but young people are now enjoying knitting and crocheting. For real! So much so that experts say 2020 was a banner year, marked by record sales. Fun online tutorials and free knitting patterns were also a big help. 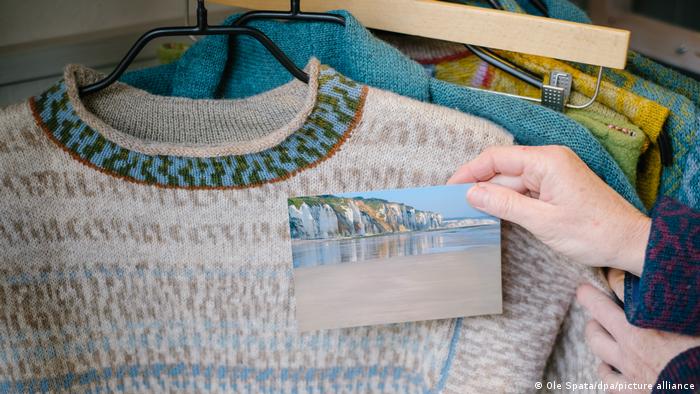 Can't travel, but can knit! Anne-Susanne Gueler was inspired by France's Normandy coast

Always wanted to try your hand at writing? Now's the time to put pen to paper and see what happens. Author Ian McEwan said in an interview with the Guardian newspaper that people should write for about an hour a day. They should go offline, grab something to write and a notebook and get down their ideas and thoughts. Without doing any copying and pasting, spell-checking or anything like that. Just writing. 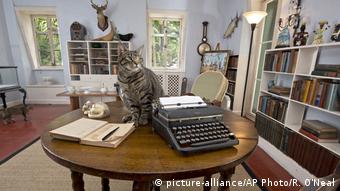 If you're into photography, like Guardian film critic Peter Bradshaw, what about this: Take a daily picture of the tree you see when you look out the window and later merge the individual images into a time-lapse video.

If that all sounds too difficult or technically challenging to you, you can always turn on the shower and start singing. After all, the neighbors probably aren't going to risk coming over to complain.

Singing in your own home studio?

If singing in the shower doesn't do it for you, what about setting up a small home studio and making your own album? Paul McCartney did. Taylor Swift did. Well, she actually made two albums.  I guess she had the time.

If that sounds too ambitious for you, starting smaller is fine.  Dust off that old guitar, flute, or trumpet you have lying around in the basement and give it a go. You might not be Miles Davis anytime soon but neither was Miles Davis, if that's any consolation.