Man Booker Prize-winner Ian McEwan, whose new novel, titled "Machines Like Me," is about the future of artificial intelligence tells DW how he sees Brexit. 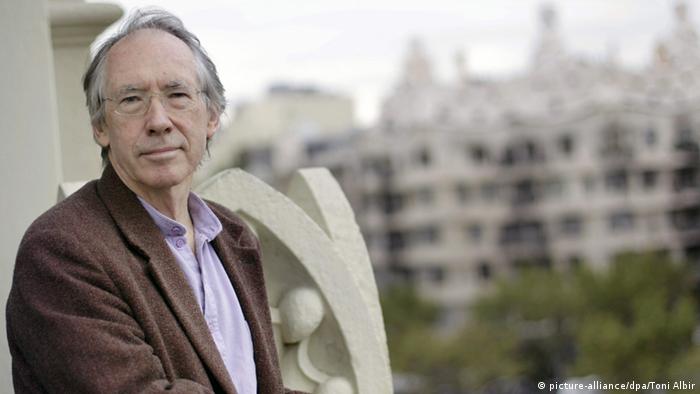 Coming out on April 18, Ian McEwan's new novel, Machines Like Me, is set in an alternative version of London in the 1980s: "Britain has lost the Falklands war, Margaret Thatcher battles Tony Benn for power and Alan Turing achieves a breakthrough in artificial intelligence. In a world not quite like this one, two lovers will be tested beyond their understanding," reveals publisher Penguin Random House.

DW: What was the idea behind your new novel?

Ian McEwan: The novel is about a young man whose life is falling apart and who comes into some money when his mother dies. He blows it all away on buying the very first completely plausible robot human being: an artificial human. Even when you're standing up close you cannot tell the difference, and it's got super high intelligence and its movements are those easy movements of a human being. 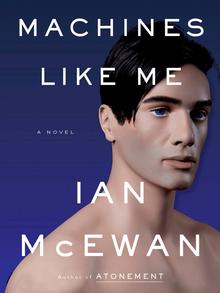 I wanted to explore something that we are now just taking the first baby steps towards already. Our lives are beginning to interact with artificial intelligence on quite a large scale, so this is no science-fiction. I'm not interested in that, I'm interested in the moral, emotional reality of what it's like to be in close contact with something that seems to have a consciousness and it tells you it has a consciousness — but can you believe it?

In all your books you tackle these moral questions and the interesting thing is, unlike other authors, it's not clear if you're afraid of this question or not. You have this way of presenting these deep moral questions without giving an obvious answer.

Well, there isn't an obvious answer and also I think of novels or my own writing as forms of moral exploration. So, I want to take the reader on a journey and say whatever we think about artificial intelligence. It's coming and if we don't do it, Mexico will do it or China will do it.

It's rather like the genetic enhancement of babies. Already in China, two scientists have changed the genome of a baby so it will be resistant to AIDS. That might be a very worthy project, but it is crossing a very big line for us. So my project is to explore this matter with the reader. Go on this journey. Let's talk about it.

You've always been an outspoken Brexit critic. How would you describe the current state of affairs in the UK?

We don't quite know where we're heading now and we're in a total nervous breakdown, but we also have the future to discover what is going to happen. We have in the opposition a hard-left leader who is hostile to the European Union, too.

So those of us who always thought it was sensible to remain and really spend some political effort addressing the problems of people in towns that were left kind of bankrupt after Mrs. Thatcher's reforms now feel we have no political voice. There is no one in parliament of any power who's spoken for the nearly half of the country that wanted to remain.

So we also know that the withdrawal deal is just the beginning. We've got a long, long way to go at the start of a negotiation with the EU. Under Mrs. May's deal, we'll be in a very awkward position with that. We will have paid off €39 billion. We will just have to take what we're given. And it's for that reason that many employers have voted against her.

Well it's been said time and again that Brexit is also against the so-called liberal metropolitan elite. Do you feel personally attacked by that?

No, I don't. And I think it's just another one of those half-lies that were told during the campaign. I mean, 16.2 million people is a very large elite — and it's probably grown by now. And it's worth bearing in mind that when the referendum took place, there were many 16-year-olds who wanted to join in and now they can. All the surveys suggest that they are overwhelmingly in favor of remaining.

So that'll be two million added, or maybe a million and a half added to the remain campaign. If and only if you can get 18-year-olds out of bed to register to vote — and this is of course a problem in all democracies; it is the old who vote. It is the old who will choose the next conservative prime minister.

And will you help the new people? You have been expressing your opinion about a second referendum. How much are you going out; how much are you giving weight to that campaign?

Well, I will. I'm writing a piece for the front page of The Guardian. But you know, what's the point of that really because every Guardian reader is a remainer. So it gives us all a certain satisfaction to read a piece about this, but really I should be writing for The Daily Mail, I suppose. But if we ever got to the point of a second referendum then I'll just give my time to it and support it with every minute of the day.

Brexit: Theresa May fights for deal and premiership

UK Prime Minister Theresa May spent her weekend at the Chequers country retreat, fighting for her Brexit withdrawal agreement. Some of her senior Cabinet ministers denied they were about to oust her from office. (24.03.2019)

In trendy Shoreditch, locals point out how Brexit could impact everything from art to health care to small businesses. Some worry for their own jobs, while others worry about whether they can stay in the country. (25.03.2019)